The PhD defence of Xiuqin Wang will take place (partly) online and can be followed by a live stream.

Xiuqin Wang is a PhD student in the Soft matter, Fluidics and Interfaces group (SFI). Supervisor is prof.dr.ir. R.G.H. Lammertink from the Faculty of Science and Technology (S&T). 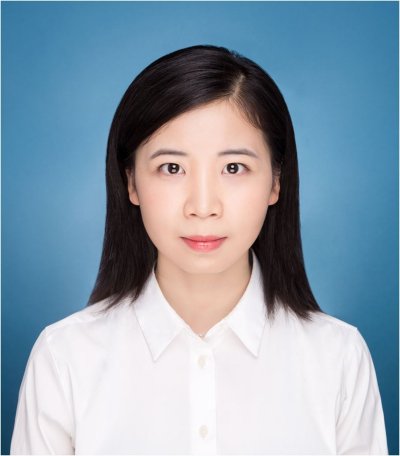 With the increasing depletion of fossil fuels, the energy conversion and storage devices based on AEMs such as water electrolysis for hydrogen production have attracted more and more attention. As a critical component of anion exchange membrane-based water electrolysis, AEMs have not met the practical application requirements due to their poor conductivity and alkaline stability. Although a high conductivity can be achieved by constructing microphase separated morphologies, AEMs still suffer from degradation due to the inherent problems of side reactions such as Hoffman elimination of quaternary ammonium cation groups under alkaline conditions. Designing AEMs with preferential ion transport properties, limited swelling, and robust alkaline stability is still a great challenge today. The chemical composition of the polymers may have great influences on the fine-tuning of ion transport capabilities and produce membranes with other desirable qualities, such as chemical and dimensional stability. Therefore, from the perspective of molecular structure design, this thesis presents the design of a series of cationic polymers with stable N-cyclic cationic groups and crosslinking structures to improve the comprehensive performance of AEMs for water electrolysis applications.

Cationic group characteristics such as size, stiffness, hydrophobicity, and electron effects will influence the interaction with the backbone. A fundamental understanding regarding the role of N-cyclic cationic groups on the overall membrane performance is important. According to the literature, N-cyclic quaternary ammonium shows much better alkaline stability than traditional quaternary ammonium. However, how the structure of N-cyclic cation affects the overall membrane performance is still unclear. Thus, in Chapter 2, three kinds of folded meta-poly(terphenylene)-based AEMs with N-cyclic cations were prepared via facile Friedel-Crafts type polycondensation and quaternization to investigate the relationship between the cationic structures and membrane performance. The steric hindrance of the cations was gradually increased from simple piperidinium to a sterically protected N-spirocyclic cation. The effect of cationic structure on micro-morphology, water uptake, swelling ratio, ionic conductivity, alkaline stability, and thermal stability of the AEMs was systematically investigated.

The as-prepared meta-poly(terphenylene) (m-TPNPiQA) AEM with an ether-bond free backbone showed good alkaline stability. However, the moderate conductivity (68.7 mS cm-1 at 80 °C) and poor dimensional stability should be improved for further applications. Covalent crosslinking is an alternative approach that could effectively improve the dimensional stability of AEMs. Thus, in Chapter 3, a multication crosslinker composed of two piperidinium groups and a flexible alkyl chain was introduced to fabricate novel crosslinked poly(arylene piperidinium)-based AEMs (C-IL-x) with improved membrane performance. Two N-heterocyclic ammonium groups in the multication crosslinker offer more charge groups for ion conduction, while flexible alkyl chain could enhance the mobility of ions. The relationship between membrane performance, chemical structure, and microstructure is established.

Improving the ion conductivity and alkaline stability with constrained swelling has always been a bottleneck in developing high-performance AEMs. Compared to small-molecular crosslinkers, macromolecular crosslinkers have many reactive functional groups in the polymer chain, forming a much denser crosslinking network structure. In Chapter 4, a macromolecular crosslinker (partially functionalized polystyrene (FPVBC) is introduced to fabricate another novel crosslinked poly(arylene piperidinium)-based AEMs (C-FPVBC-x) to solve the “trade-off” problem of ionic conductivity and membrane swelling. The crosslinking reaction could take place without adding any catalyst since FPVBC possesses a reactive −CH2Cl group in the repeat unit which can react with the piperidine group on the polymer backbone to form cationic groups and crosslinking structure. It is expected to improve the conductivity and dimensional stability without sacrificing IEC.

In order to systemically evaluate the application prospect of the AEMs mentioned above, non-crosslinked m-TPNPiQA, crosslinked C-IL-x, and C-FPVBC-x AEMs were assembled into an AEMWE to investigate their water electrolysis performance in Chapter 5. The electrochemical polarization curves, impedance spectroscopy and long-term durability of the AEMWEs were tested for comparison. The results of this thesis were concluded in Chapter 6. The remaining challenges and potential for AEMs in water electrolysis and the optimization of AEMWE cells were discussed in detail.

The PhD defence of Xiuqin Wang will take place (partly) online and can be followed by a live stream.