The PhD defence of Elsbeth Bossink will take place (partly) online and can be followed by a live stream.

Elsbeth Bossink is a PhD student in the research group Biomedical and Environmental Sensorsystems. Supervisors are prof.dr.ir. M. Odijk and prof.dr.ir. L.I. Segerink from the Faculty of Electrical Engineering, Mathematics and Computer Science (EEMCS). 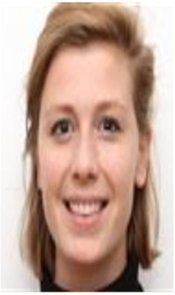 The commensal intestinal microbiota consists of tremendous amounts of (mostly anaerobic) bacteria, fungi, protozoa, and archaea. The microbiota resides in close proximity to the host: the human intestine. An imbalance between the microbiota and the intestinal cells is associated with effects on the host’s health and the microbiota composition. Several host-microbiota interactions are suspected to affect one another. However, many of these aspects or their underlying mechanisms are not (fully) understood. To study these interactions, a representative model of the aerobic host-anaerobic microbiota (AHAM) interface is essential. Organ-on-chips (OoCs), which are microengineered in vitro cell culture models, aim to mimic the physiologically relevant microenvironment of organs. These OoCs can be used to mimic the AHAM interface and study the host-microbiota interactions in a well-controlled environment.

The research presented in this thesis aims to develop an AHAM-on-chip, focusing on sensors and fabrication technologies. The presented sensors aim to monitor the on-chip oxygen concentration and the epithelial barrier function. Two types of oxygen sensors are presented, an optical and an electrochemical sensor. The oxygen sensors can be used to control the oxygen concentration on-chip to ultimately create the aerobic-anaerobic microenvironment. The barrier function is measured by studying the transepithelial electrical resistance (TEER). On-chip integrated valves enable automated liquid control in microfluidic systems. A mechanical ‘macrovalve’ is presented, fabricated by multilayer soft lithography using micromilled direct molds. The macrovalve has dimensions in the order of hundreds of micrometers and is therefore suitable for OoCs. The valve is integrated into microfluidic building blocks (MFBBs) for on-chip cell culture parallelization and automated liquid routing. The MFBBs fit on a custom-designed fluidic circuit board, creating a higher-throughput modular plug-and-play system.

The PhD defence of Elsbeth Bossink will take place (partly) online and can be followed by a live stream.