The PhD defence of Olena Palii will take place (partly) online and can be followed by a live stream.

Olena Palii is a PhD student in the research group Mathematics of Computational Science (MCS). Supervisor is prof.dr.ir. J.J.W. van der Vegt and co-supervisor is dr. M. Schlottbom both from the Faculty of Electrical Engineering, Mathematics and Computer Science (EEMCS). 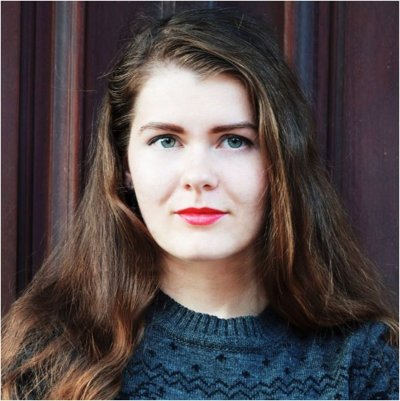 As an important introductory step, we gave an overview of classical semidiscretizations in the angular component. The two most frequently used discretizations - the discrete ordinates and spherical harmonics methods are summarized in Chapter 1. While the spherical harmonics discretization allows to turn the radiative transfer equation into a system of linear equations with tridiagonal structure, approximating the boundary conditions effectively requires extra steps. Furthermore, since the spherical harmonics expansion is a global approximation method, it is not suited for approximating non-smooth or discontinuous solutions, unlike the discrete ordinates method, which is a local approximation in the angle. The discrete ordinates method allows to obtain a consistent discretization of both the radiative transfer equation and the boundary conditions, though yielding dense scattering matrix.

A number of iterative techniques has been developed to tackle the difficulty that arises from the dense scattering matrix. A summary of some important methods was given in Chapter 2. We discussed two closely related methods - the first collision source method and the standard source iteration method, which is often accompanied by further preconditioning techniques, such as the diffusion synthetic acceleration technique. In the first collision source method the radiative transfer boundary value problem is split into two equations for the uncollided and collided components, which can be separately approximated by different numerical methods. In general this can, however, introduce consistency errors, which are difficult to analyse. We turned, therefore, to the source iteration method, which can be discretized consistently and for which convergence results are available. On the basis of these methods we gave in Chapter 2 a description of a splitting technique, which is essentially an extension of the first collision source method. These iterative methods, together with the aforementioned discretization techniques, provided an inspiration for the major part of our research.

In Chapter 3 we presented a discontinuous approximation in angle that allows for arbitrary partitions of the angular domain and arbitrary polynomial degrees on each element of that partition. As such, it can be understood as a generalization of the classical spherical harmonics approximation, where the angular domain is discretized by a single interval (−1, 1) and polynomials of high degree, and the discrete ordinates method, where the angular domain is partitioned into several intervals with piecewise constant functions. In particular, the approach described in Chapter 3 allows to account for the natural discontinuity of the solution at . In Chapter 3 an hp-discretization was applied to the even-parity formulation of the radiative transfer equation with isotropic scattering. Moreover, we developed and analysed an iterative solution technique that employs subspace correction as a preconditioner. Our approach was inspired by the DSA preconditioned source iteration method. It was shown that our iterative method exhibited convergence independent of the resolution of the computational mesh.

In Chapter 4 we then focused on an efficient iterative framework that is capable of accurately solving the system of linear equations that arises from the discretization of anisotropic radiative transfer problems. In case of forward peaked scattering the convergence of the standard DSA-preconditioned source iteration method is slow, hence acceleration with the use of an appropriate preconditioning technique is necessary. In Chapter 4 we proposed a provably convergent iterative method, equipped with two preconditioners, one of which corresponds to the efficient approximate inversion of transport. The second preconditioner was used to improve the standard contraction rate in the source iteration method. The subspace correction is then constructed from low order spherical harmonics expansions - eigenfunctions corresponding to the largest eigenvalues of the anisotropic scattering operator. The method is shown to be efficient if the scattering operator is applied properly, for which we used and -matrix compression algorithms.

There are several problems, which are open for future research.

The PhD defence of Olena Palii will take place (partly) online and can be followed by a live stream.