The PhD defence of Piotr Krzywda will take place (partly) online and can be followed by a live stream.

Piotr Krzywda is a PhD student in the research group Photocatalytic Synthesis. His supervisors are prof.dr. G. Mul and prof.dr.ir. N.E. Benes from the Faculty of Science & Technology (S&T). 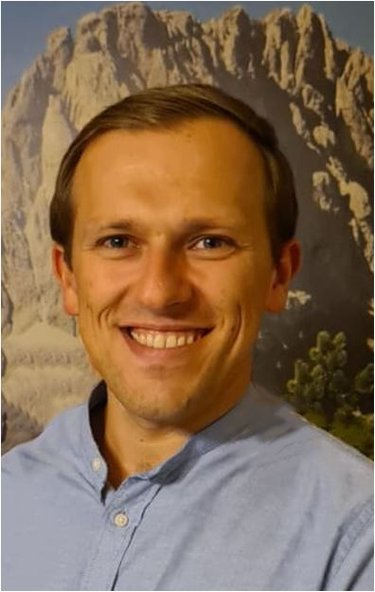 The research described in this thesis focuses on the electrochemical formation of green ammonia in ambient conditions. Since N2 reduction suffers from the extremely low activity and reliability, NOx are proposed as an alternative feed. Instead of removing NOx to harmless N2, a useful product can be made. Since NOx electroreduction in aqueous electrolytes suffers from mass transport limitations, a new type of electrode geometry was developed and tested for reduction of NO3- from liquid-, and NO from gas-phase to ammonia which can be applied as green fertilizer. Additionally, the possibility of electrochemical urea formation was investigated which could be used together with ammonium nitrate as green fertilizer.

In Chapter 2 the preparation of Ti-based hollow fibers via dry-wet spinning has been investigated. Titanium was chosen as desired material due to its high stability, low cost, and high overpotential for hydrogen evolution reaction which is desirable in cathodic reactions. Carefully designed, two-step thermal decomposition of the polymer involved in the spinning process, leads to the formation of entirely metallic titanium hollow fiber. Moreover, the possibility of composites formation in the form of Ti/TiC and Ti/TiN by altering the thermal treatment conditions is shown. Detailed characterization of prepared hollow fibers reveals their porous structure and low resistivity making them suitable for electrochemical applications.

The activity of previously synthesized Ti hollow fibers has been tested for electroreduction of nitrate to ammonia in Chapter 3. Efficient mixing of the electrolyte was observed by inert gas bubbles coming from the inside of the porous electrode wall which results in significantly improved mass transport of the reactants from the bulk electrolyte to the electrode surface. The target application is a partial transformation of nitrate to ammonium which results in ammonium nitrate formation in an aqueous electrolyte and can be applied as green fertilizer.

In Chapter 4, Ti hollow fibers were modified with a Cu layer in order to enhance the ammonia formation from NOx. This time, nitric oxide (NO) as a gaseous representative of NOx with low solubility in aqueous solutions was chosen as a feed for ammonia synthesis. The reactant was supplied from the inside of the porous wall of the hollow fiber electrode which results in the creation of a three-phase boundary with an effective supply of NO greatly enhancing its conversion to green ammonia.

The possibility of urea formation in the simultaneous electroreduction of CO2 and NO3- on polycrystalline, rough Cu surfaces was studied in Chapter 5. Surface-Enhanced Raman Spectroscopy and Electrochemical Mass Spectrometry were used in order to determine adsorbed species that could potentially lead to urea formation. Insight into this complex system provides information about carbon-nitrogen coupling reactions, and the impact on possible routes for urea electrosynthesis is discussed.

The PhD defence of Piotr Krzywda will take place (partly) online and can be followed by a live stream.