Due to the COVID-19 crisis the PhD defence of Maikel Huiskamp will take place (partly) online.

Maikel Huiskamp is a PhD student in the research group Integrated Circuit Design (ICD). His supervisor is prof.dr.ir. B. Nauta from the Faculty of Electrical Engineering, Mathematics and Computer Science (EEMCS). 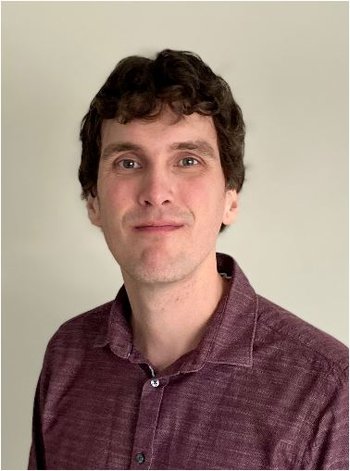 The introduction of the internet of things (IoT) resulted in a significant increase in the demand for low-cost battery powered wireless transceivers. To decrease the cost of wireless transceivers, a full implementation on a single die or package, in a modern CMOS technology is preferred. However, with newer CMOS technologies both the maximum supply voltage and the breakdown voltage decrease, reducing the maximum achievable output power that the RF-PA can achieve from the nominal power-supply for a fixed load impedance.

Switched mode class-E PAs are promising candidates for battery powered wireless devices, since they can ideally achieve 100% power efficiency and can be integrated in modern CMOS technologies. The performance and reliability of class-E PAs strongly depends on the load impedance, where load variations can reduce the performance and even permanently damage the RF-PA. To enable tuning and improving the performance and reliability of RF-PAs accurate information about its current operating conditions are required, which can be acquired from the internal nodes of the RF-PA. However, the internal RF-PA nodes can contain high frequency components.

The focus of this work is on integrated measurement techniques, reliability improvements and linearisation for RF-PAs to enable efficient, robust and high-performance RF-PAs for use in modern wireless transceivers. First a waveform characterizer to characterize the internal RF-waveform in an RF-PA is presented, which can characterize the first three harmonics of an RF-signal. A second technique is presented that increases the number of harmonics that can be characterized by sampling the RF-waveform at two distinct sampling rates.

The acquired information about the relevant RF-waveforms can now be used to protect the RF-PA and improve its performance. To improve the reliability of class-E PAs, a technique to self-protect the class-E PA by decreasing the PAs sensitivity to load variations is introduced.

An on-chip switched-capacitor bank is used to tune the relative-resonance frequency of the switch-LC tank, minimizing the stress on the switch transistor over load variations.

Conventionally DPD coefficients for RF-PA linearization are derived for a 50Ω load, but the load impedance can vary due to external influences and reduces the ability of static DPD to linearise the RF-PA. A polar class-E PA with adaptive digital pre-distortion (ADPD) is presented, resulting in a reduction of the effect of load variations on the polar modulated class-E PA. The on-chip waveform characterizer is used to measure the internal drain voltage of the class-E amplifier, after which the measured waveform is used to adaptively tune the DPD coefficients such that the RF-PA can maintain its performance. Furthermore, the ADPD system can simultaneously correct for slow memory effects (e.g. temperature and antenna load variations) without the need for complex memory DPD algorithms that would otherwise be required.

Due to the COVID-19 crisis the PhD defence of Maikel Huiskamp will take place (partly) online.