Enrichment of hypermethylated DNA on chip for cancer diagnostics

The PhD Defence of Ruben Kolkman will take place (partly) online and can be followed by a live stream.
Live Stream 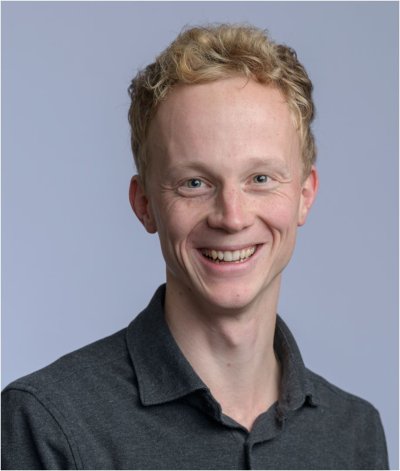 Cancer detection at an early stage is essential to decrease cancer mortality and improve the chances of successful treatment. Of upcoming interest is hypermethylated DNA (hmDNA)-based cancer detection in urine. Urine is advantageous to use as urine can be collected non-invasively and repeatedly in a simple manner without the need of healthcare personnel. hmDNA is DNA that is epigenetically changed by methylation. Upon the methylation, a methyl group (-CH3) is covalently bound to a cytosine base. The methylation takes place at a CpG, which is a cytosine base followed by guanine base in the 5’ – 3’direction. The detection of cancer-specific hmDNA in urine requires a pre-selection step where hmDNA is separated from non-methylated DNA. The pre-selection by methyl binding domain 2 (MBD2)-based enrichment is beneficial due to short assay times as only a binding and an elution step are involved. The MBD2 protein is immobilized on a surface and functions as a receptor toward methylated CpGs with a higher affinity compared to a non-methylated CpG. However, the current enrichment methods of hmDNA are limited due to co-enrichment of non-methylated DNA.

In this thesis a selective hmDNA enrichment method was developed involving the development of a multivalent binding platform. The platform employs control over the MBD2 surface receptor density by using a thiol-based self-assembled monolayer (SAM) on a gold surface. Controlling the MBD2 surface receptor density is essential for the selective enrichment of methylated DNA. DNA with higher methylation levels bound to the MBD2 surface at lower receptor densities, resulted in higher DNA surface coverages and showed a higher degree of superselectivity. The developed hmDNA enrichment platform was further evaluated by hmDNA enrichment of DNA mixtures with a content of 1% hmDNA and 99% non-methylated DNA. Enrichment of the DNA mixtures with hmDNA increased the hmDNA level to 30%. Then, a micropillar-structured electrode was developed and used for DNA sensing. The sensitivity for electrochemical DNA detection was increased upon reduction of the distance between the micropillars. The developed micropillar-structured substrate was integrated into a microfluidic chip and coated with an MBD2 layer. The hmDNA enrichment chip was evaluated by detection of a cervical cancer-specific hmDNA gene with quantitative polymerase chain reaction. The specific hmDNA gene was only detected in the hmDNA-enriched DNA from the urine of a cervical cancer patient and not in the control sample, thereby providing proof-of-principle for hmDNA-based cervical cancer detection in urine using the hmDNA enrichment device.