Organo-functionalized inorganic nanofiltration membranes through engineering at the molecular level

The PhD defence of Nikos Kyriakou will take place (partly) online and can be followed by a live stream.
Live stream

Nikos Kyriakou is a PhD student in the research group Inorganic Membranes. Supervisors are prof.dr.ir. A. Nijmeijer and prof.dr. A.J.A. Winnubst, co-supervisor is dr. M.D. Pizzoccaro-Zilamy from the Faculty of Science & Technology. 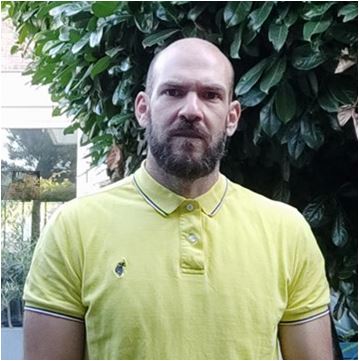 Organically functionalized inorganic hybrid membranes merge the good performance of polymers and the high chemical and mechanical stability of porous inorganic materials together towards high-performing membranes. The wide availability of polymers, as well as new chemical tools, such as “click” and reticular chemistry, allow for the synthesis of unique hybrid membranes that can be made to match a broad range of applications. This work focuses on new chemistries for the controlled formation of thin polymeric networks on a defined, porous inorganic support. The different chapters expand on the various syntheses and potential applications of these hybrid membranes for solvent filtration under harsh industrial conditions.

In Chapter 1, an introduction is given about industrial separations through using solvent tolerant nanofiltration membranes. Besides, this chapter is a survey on the state of the art of various methods for organically functionalizing/grafting inorganic materials.

Chapter 2 describes a grafting-to method in solution for the fabrication of four different polyethylene glycol (PEG)-functionalized inorganic membranes. The PEG molecules were functionalized via organophosphonic acid or organosilane functional groups on the inorganic surface. Each hybrid membrane featured similar polymers (PEG), with minor differences (end group or chain size), which allowed us to investigate the hydrolytic stability of the covalent bond between the functional group (organophosphonic acid and organosilane) and the inorganic surface under neutral (pH ≈ 7) conditions. This stability of the covalent bond was investigated on PEG-grafted γ-alumina flakes via liquid 1H NMR and on PEG-grafted membrane samples via water permeability tests.  Both methods indicated that the organophosphonic acid grafted samples were stable in water up to 216h, whereas the organosilane-grafted samples showed rapid degradation in water. Finally, the work demonstrated a simple and green (water as solvent) method for the fabrication of hybrid organic-inorganic membranes.

Chapter 3 describes a simple solid-state grafting-to method to functionalize hydrophilic (PEG- and methoxy-PEG-phosphonic acids, PEGPA and MPEGPA) and hydrophobic (n-octadecyl, ODPA) organophosphonic acids on alumina supports. The solid-state grafting reaction was first studied on γ-alumina flakes (powder), and the interaction between organophosphonic acids and the surface was studied by FTIR, solid-state 27Al NMR, and TGA. ODPA (hydrophobic) was found to form a covalent bond with the inorganic surface under solid-state reaction conditions with high grafting densities of 3.2 P nm-2. On the other hand, FTIR analysis of the PEGPA and MPEGPA grafted flakes did not directly confirm the formation of covalent grafting. Both samples showed lower grafting densities than the ODPA-grafted samples, regardless of the reaction temperature, but the PEGPA grafted samples showed significantly higher grafting densities than MPEGPA-grafted flakes, which was attributed to a side reaction occurring during grafting of PEGPA. The PEG-phosphonic acids were then grafted on flat-sheet alumina membranes to further study the effect of reaction temperature on the confinement (pore size reduction) of the polymer. It was found that increasing the reaction temperature facilitated higher grafting densities in the pores of the support (i.e., stronger confinement). Furthermore, it was confirmed that the reactive end-group (-OH) of PEGPA negatively affected the grafting reaction in the pores due to blocking reactive sites on the inorganic surface and consuming available organophosphonic acids. The effect of the reactive end-group of PEGPA was confirmed by analysing the membrane performance of the fabricated hybrid membranes, as they showed worse separation performance compared to MPEGPA-grafted membranes. Finally, this study shows that a simple and sustainable method (small amount of reactants) for the fabrication of these hybrid organic-inorganic membranes is possible.

Chapter 4 described a new grafting-from method that combines a “click” reaction with a vapour-liquid interfacial polymerization reaction to form an ultrathin polythioether layer on top of a porous alumina support. The method employed uses only a fraction of the amounts of reactants and solvents necessary to prepare hybrid organic-inorganic membranes with the conventional liquid-liquid interfacial polymerizations. The polythioether layer was formed on a pre-functionalized porous inorganic support via two consecutive thio-bromo click reactions. First, a reaction was performed in a solution of 1,3,5-tris(bromomethyl)benzene (3Br) under basic conditions at room temperature for up to 5 min. This impregnated membrane was subsequently treated with a vapour of 1,3-benzenedithiol. These two reactions resulted in the formation of a 50 nm-thin polythioether layer on top of the ceramic support. The physical and chemical properties of the polymeric layer were investigated by means of FTIR, TGA, NMR, FE-SEM, and spectroscopic ellipsometry. The chemical stability of the free-standing (prepared via liquid-liquid interfacial polymerization) polythioether layer was demonstrated in acid, base, hypochlorite, and several non-polar solvents. In addition, the layer was shown to be thermally stable up to a temperature of 150 °C. The potential as a nanofiltration membrane was demonstrated in different solvents, including ethanol and water, and by showing a PEG molecular weight cut-off of 700 g mol-1 as well as a 93% retention of Rhodamine B (469 Da) in water.

Chapter 6 focuses on methods for the synthesis of crosslinked crystalline polyimide (PI) materials. The aim of this work was to identify potential methods that are greener and more efficient than the in-situ method, as described in Chapter 5, without compromising the crystallinity of the final product. As described in the literature (solid-state and solvothermal), conventional synthetic methods were compared with a hybrid solid-state through pre-organization (SSP) method by studying the synthesis of a PI material through the monomer system of pyromellitic dianhydride/acid and melamine. The different synthetic methods were compared in regard to purity by FTIR and crystallinity by XRD. It was found that most methods, except for the solid-state, yielded PIs of good relative purity. However, the various methods used led to different crystallinity, which was attributed to the differences in the fabrication methods. The SSP method in NMP, water, and water/formic acid yielded a relatively crystalline and pure PI material. Furthermore, under SSP conditions, the formation of a PI material was facilitated below the melting point of both monomers for the first time. In addition, the SSP method was used to successfully fabricate PI layers on porous inorganic supports, demonstrating the potential of this method for membrane fabrication. Finally, this work demonstrates a simple alternative and green synthesis method for the fabrication of crystalline PI powders and layers that can be applied in membrane technology but can also be expanded to other fields.

Chapter 7 evaluates the work, described in Chapters 2 to 6, and provides reflections on the key findings, remaining challenges, and potential new opportunities generated by this work. The chapter is divided into three sections; respectively, the hydrolytic stability of the covalent bonding between the organic group and inorganic support, the chemical synthesis methods, and the performance of the membranes are discussed. A detailed discussion is provided on the advantages and disadvantages of the grafting-to methods, as described in Chapters 2 and 3, while as well as disadvantages and potential suggestions for future research are given. The mechanism of the two grafting-to methods is discussed in detail and compared in regard to their grafting density and membrane performance. The two grafting-from methods described in Chapters 4 and 5 are also critically evaluated in this chapter 7. Alternative methods and reactants are provided that can be used to potentially further optimize membrane stability and performance.

Nikos Kyriakou is a PhD student in the research group Inorganic Membranes. Supervisors are prof.dr.ir. A. Nijmeijer and prof.dr. A.J.A. Winnubst, co-supervisor is dr. M.D. Pizzoccaro-Zilamy from the Faculty of Science & Technology.