The relevance of surface chemistry in complex filtrations

The start time of this defence is different than you are used to at 3 p.m. - The layman's talk of Ettore Virga is scheduled at 2:45 p.m.

Please note: The public defence of Ettore Virga does not take place in the regular Waaier building of the University of Twente, but at Wetsus European Centre Leeuwarden at location Stadsschouwburg de harmonie

Due to the COVID-19 crisis this PhD defence will take place (partly) online.

Ettore Virga is a PhD student in the research group Membrane Science & Technology (MST). His supervisor is prof.dr.ir. W.M. de Vos from the Faculty of Science and Technology (S&T) and his co-supervisor is dr. P.M. Biesheuvel from WETSUS European Centre Leeuwarden. 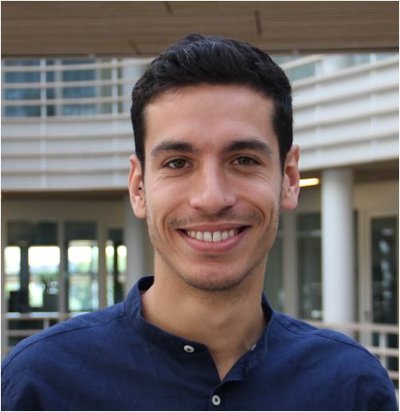 The effective treatment of complex industrial wastestreams such as PW is important to ensure clean water. Membranes can play a key role in this process, but membrane fouling remains a major problem. We propose that surface chemistry plays a key role here, and that control over the surface chemistry of the emulsion and the membrane can substantially alleviate fouling.

As surface interactions are critical in PW treatment with Porous Membranes, it is important to control the surface chemistry of the major fouling agent, the oil droplets, by carefully choosing its stabilizer, i.e. the surfactant. In Chapter 2, we study the relation between surfactant type and the effect of the ionic strength on membrane fouling during UF of artificial produced water emulsions. In Chapter 3, we investigate membrane fouling and oil retention of artificial PW stabilized with a cationic, anionic, zwitterionic or nonionic surfactant, at various surfactant and salt concentrations, with a focus on the role of IFT for a Silicon Carbide (SiC) MF membrane. In Chapter 4, we compare the experimental data of the previous chapters with a newly designed quantitative model which allows predictions for flux decline during MF and UF based treatment of PW. By modelling pore blocking in terms of membrane contact angle and cake layer via mass balances that also involve an erosion flux, we get insights on how membrane fouling occurs as a function of membrane type, surfactants used and salinity of the feed stream.

filtration to the design of energy harvesters. As in NF, where multivalent ions can bind to the membrane and modify its surface charge to allow charge reversal, in Chapter 8, we consider the adsorption of divalent ions in the polyamide (PA) active layer of commercial NF membranes and describe how this adsorption process affects the membrane charge and its ions rejection. In Chapter 9, we present, and validate with experiments, a novel theory to predict the contact angle of water on amphoteric surfaces, as a function of pH and ionic strength. Here, our theory suggests the possibility of a novel responsive membrane design, based on aphoteric groups, for wastewater treatment. In Chapter 10, we present a novel mechanism to harvest energy from mechanical fluctuations by using coiled carbon nanotube yarns coated with polyelectrolyte gels.

Finally, in Chapter 11, with the obtained knowledge from the different

chapters, the main outcomes of this thesis are revisited, and the future challenges

of PEM-based membranes for PW treatment and other applications are addressed.

>Outside the UT campus
Add to your calendaraHGbRdipTzsgMbuxYmdh4912417/09/2021 14:45Europe/AmsterdamPhD Defence Ettore Virga | The relevance of surface chemistry in complex filtrations

Due to the COVID-19 crisis this PhD defence will take place (partly) online.