Due to the COVID-19 crisis the PhD defence of Cristiane Stilhano Vilas Boas will take place (partly) online.

Christiane Stilhano Vilas Boas is a PhD student in the research group XUV Optics (XUV). Her supervisor is prof.dr. F. Bijkerk from the Faculty of Science & Technology (S&T). 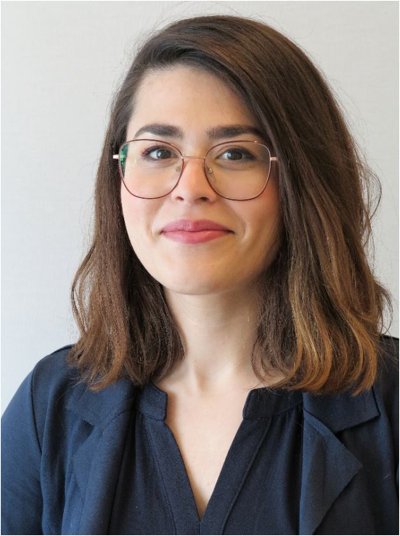 Thin transition metal (TM) and oxide films play a crucial role in the high-tech industry. This importance is mainly related to their varied relevant associated properties, e.g., the high catalytic activity of ruthenium (in both metal and oxide forms), the high dielectric constant of HfO2, the high thermal and chemical stability of ZrO2, among others. This extended range of properties makes them suitable for applications from insulating layers in micro-electronics and protective layers in soft x-ray optics, to solid oxide fuel cells and catalytic devices. All these distinct applications, however, have one thing in common: the need for control and stability of the composition of thin films in order to maintain the properties for which a specific material is selected. In this scenario, the understanding of nanoscale oxidation and oxygen diffusion processes is a crucial topic, as the interaction between oxygen and thin films can act both as threat (decreasing the quality of metal films) or benefit (providing proper stoichiometry of oxides) in the design and lifetime improvement of technologically relevant systems.

The work presented in Cristiane’s thesis aims to deepen the understanding on the interaction between oxygen and TM and TM oxide thin films, together with the development of knowledge related to the low energy ion scattering (LEIS) technique (a valuable tool for quantitative analysis of oxides, since it provides a relatively fast and nondestructive way to measure the atomic composition of the topmost layer of materials with sub-nanometer resolution). The work described in the thesis builds on an extensive experimental analysis, performed on thin films of TM (and their oxides) from groups IV to VIII of the periodic table, with various thicknesses and crystalline structures.

The first part of the thesis focuses on the development of knowledge related to the LEIS technique. To perform a robust analysis with LEIS, the neutralization efficiency of an ion scattered from a specific surface should be properly understood. A dedicated analysis to define how the oxide formation on TM oxides (and Al, as a well-studied reference) affects the ion neutralization was performed. The work developed demonstrated the influence of oxide formation on the neutralization efficiency of TM surfaces,   enabling the determination of a proper procedure for quantitative characterization of TM compounds by LEIS. Further exploring the resources of LEIS, a method for non-destructive determination of metal oxide film thickness was also demonstrated, named LEIS static depth profiling (DP). These developments of the technique provided the opportunity of correlating a precise surface atomic quantification with the grown oxide thickness, which was paramount for the precise composition analysis of surfaces during oxidation and oxygen diffusion processes explored in the thesis.

Following the advances of LEIS analysis, the second part of the thesis focuses on the thorough investigation of the oxidation of transition metals films (Zr/Hf, Ta, Mo and Ru) at temperatures ranging from 298 K to 473 K, upon the exposure to molecular oxygen and atomic oxygen. The in-vacuum analysis by LEIS static DP and isotope tracing, in-situ ellipsometry and X-ray photoelectron spectroscopy (XPS), provided a complete picture of the dynamics of oxide growth without interference of external contamination, which was critical for verifying important aspects previously neglected in experimental oxidation kinetics analysis. A key finding was the demonstration that the surface concentration of reactive atomic species is the determining growth factor in the oxidation process at low temperatures. The overall picture shows that in cases where the presence of atomic oxygen species on the surface is not hindered by desorption or limited by coverage, the oxidation kinetics at low temperature can be directly related to the metal electronic properties, e.g. a metal with a more negative work function will present the formation of a thicker oxide.

The third part of the thesis focuses on the investigation of the interaction between atomic oxygen and thin oxides films of zirconium (ZrO2) and molybdenum (MoO3), with various thicknesses and crystalline structures at room temperature. The developed analysis suggests that the formed isotope profiles are a consequence of the electric field formed upon chemisorption of reactive oxygen species in the oxide surface and associated accumulation of charged species near the surface (upward band bending). This process induces penetration and increases diffusivity of oxygen in the oxides. Using modelling, the kinetic parameters were extracted and it was suggested how external processes (i.e. application of external field or increase in oxide defect density) may influence on the oxide diffusion in each system.

The presented results contribute to the better characterization and understanding of oxygen-thin films interaction, and might have a significant impact, not only in the design of materials and synthesis of thin metal and oxide films for a wide range of practical applications, but also for development of processes where reactive species are put in direct contact with thin layers.

Due to the COVID-19 crisis the PhD defence of Cristiane Stilhano Vilas Boas will take place (partly) online.