Due to the COVID-19 crisis the PhD defence of Irena Ymeti will take place online (until further notice).

Irena Ymeti is a PhD student in the research group Earth System Analysis (ESA). Her supervisor is prof.dr. F.D. van der Meer from the Faculty of Geo-Information Science and Earth Observation (ITC). 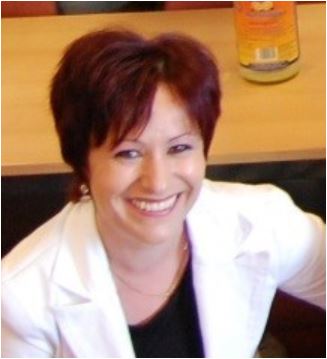 Soil is the outmost layer of earth that supports plant growth and many living creatures depending on it. Likewise, the soil is a natural body comprising of solids (minerals and organic matter), liquid, and gases that occurs on the land surface. Therefore, the soil is an essential resource that supports life on earth. It provides the only adequate environment for forest growth and crop production, securing human food supplies. Also, the soil is the medium that filters and stores the water and is a reservoir of carbon. Soil is the linkage between the atmosphere, hydrosphere, lithosphere and biosphere. However, the soil is subject to degradation as a result of natural and human factors. Indeed, extreme weather conditions such as prolonged droughts or extreme rainfall are often decisive for this phenomenon’s stimulation. Moreover, the internal soil physical and chemical deterioration, steep slopes and the absence of vegetation cover affect soil degradation. Likewise, human intervention (e.g. deforestation, intensive cropping, overgrazing, forest fire, land-use change) can lead to soil degradation. We are constantly confronted with soil degradation, which involves the decline of the soil’s physical, chemical and biological state. Furthermore, soil degradation weakens  an ecosystem’s capacity to function appropriately, affects the climate by changing the water and energy balances, and disrupts the carbon, nitrogen or sulphur cycles. Consequently, soil degradation may lead to increased runoff and soil erosion, pollution of natural waters, and greenhouse gases emission into the atmosphere.

Since soil is not static, its moisture, temperature, amount of organic matter, cation exchange capacity (CEC), soluble salts and pH may fluctuate with seasons’ change. The interactions between the soil minerals and organic compounds create mineral–organic associations, acting as binding and cementing agents in the soil. The inorganic constituents play a critical role in determining soil stability than the organic ones. However, there is limited knowledge of the soil mineralogical behaviour at varying temperatures and soil moisture contents occurring in a short period at the microscale. Therefore, it is necessary to capture the behaviour of soil properties for which the proximal imaging spectroscopy is an alternative since it can assess the spectral soil constituents responsible for soil stability. This technique allows acquiring quantitative soil data at the fine spatial, spectral and temporal resolutions. Moreover, it is rapid and measures several soil properties with one scan. The proximal sensing approach is also cost-effective and environmental friendly compared to conventional soil laboratory analyses.

Soil is a complicated matrix with high spatial and temporal variability. Soil stability is a result of complex interactions of the soil properties, climatic conditions and land management practices. Although these relations are recognised, it is not fully understood which soil properties or stresses are responsible for the soil stability alterations over a short period. Indeed, it is not easy to assess stability because the soil properties that control it change over space and time. It becomes complicated when the climate and management practices that affect the soil stability at the catchment scale are considered. However, this research is limited to investigating the soil organic-mineral interactions at a micro-plot scale under laboratory conditions using imagine spectroscopy. The soil stability is affected by the capability of the aggregates to maintain their bonds under stress. Soil aggregation is a process by which aggregates of different sizes are joined and held together by different organic and inorganic materials. However, as a result of different stresses, the soil aggregates break down into finer particles. These micro-aggregates (20 - 250 μm) affect the process of infiltration, crust development, surface runoff and interrill erosion. Therefore, it is essential to monitor and quantify the soil aggregates dynamics under the natural condition at the micro-plot scale.

The Visible Near-Infrared (VNIR) imaging spectroscopy can assess the spectral soil constituents responsible for the organo-mineral interactions. These interaction mechanisms occurring naturally in the soil depend not only on the soil mineralogy and their reactive surface area, soil type and soil texture but also on the various moisture conditions (dry, field capacity and saturation (waterlogging)). However, there is limited knowledge of the soil mineralogical behaviour at different moisture contents occurring in a short period. Similarly, freeze-thaw cycles during winter months in the higher latitudes or the high mountain regions might encourage migration and alter the chemical constituents in the soil matrix exposed to different moisture conditions. As a result, the soil mineralogical changes occurring due to the freeze-thaw process triggering the soil mineral precipitation, dissolution and release might affect the soil aggregation. These alterations could be detected using the VNIR imaging spectroscopy approach. Therefore, the main research’s objective is to investigate the seasonal effect on soil surface stability using proximal remote sensing.

The effect of soil surface mineralogy alterations due to moisture variations is one of this study’s objectives. Soil samples were collected in the Netherlands, from (i) Limburg, where loess is the primary soil type and (ii) in Deventer, where sand is predominant. However, the Silty Loam soils are used to investigate the soil surface mineralogy alterations. The Silty Loam soils support a considerable variability of plant life because, in the silt particles, the organic matter content and soluble nutrients occur. Nevertheless, these soils are also susceptible to various environmental stresses. Therefore, the Silty Loam soil samples varying in organic matter content (0%, 4.6% and 12.3%) and moisture conditions (dry, field capacity and saturation) are used. These soil samples are photographed using an imaging spectrometer camera for eight weeks under laboratory conditions at a micro-plot scale at 72 hours basis.

The Spectral Information Divergence (SID) was applied to detect and quantify (in percentage) the soil image area occupied by Mg-clinochlore, goethite, quartz coated 50% by goethite, hematite dimorphous with maghemite. The SID, an image classifier, is a probabilistic approach that uses the divergence measure to compare each pixel spectra with the reference spectra. If this divergence, which is related to a threshold, is small, then the pixel spectra are close to reference spectra. The results showed that the percentage of these minerals changed over time, depending on soil type and soil treatment. For  the soils with organic matter, the mineralogical alterations were evident at field capacity state; for the soil without organic matter, these changes were noticeable at waterlogging-field capacity treatment. Using imaging spectroscopy data, the results showed that the Silty Loam soil mineralogy changes over time due to moisture variations.

Likewise, the effect of freeze-thaw cycles on the soil surface mineralogy at different moisture content was studied. The hypothesis is that the freeze-thaw process triggers soil mineral precipitation, dissolution and release. Silty Loam soil samples varying in the organic matter content (0%, 4.6% and 12.3%) and moisture conditions (field capacity and saturation) are used. The soil samples exposed to freeze-thaw cycles are photographed using an imaging spectrometer camera for eight weeks in laboratory conditions at a micro-plot scale at 72 hours basis.

Using the SID approach, the soil image area occupied by Mg-clinochlore, goethite, quartz coated 50% by goethite, hematite dimorphous with maghemite was detected and quantified (percentage). The results showed that these minerals behaved differently under freeze-thaw cycles, depending on the soil type and soil condition. While the Mg-clinochlore, goethite and Qz-Gt behaviour depended on the presence of organic matter, the Hm-Mh did not show such a dependence. The results suggest that the amount and the type of organic matter are vital in soil experiencing the freeze-thaw cycles. When the soil is exposed to the freeze-thaw cycles, the moisture conditions (field capacity or saturation) have a significant impact on mineral behaviour regardless of the soil type. The use of imaging spectroscopy data on the Silty Loam soil exhibited that the surface mineralogy changes over time due to freeze-thaw cycles, depending on the soil type and the moisture conditions.

Due to the COVID-19 crisis the PhD defence of Irena Ymeti will take place online (until further notice).