On Yu (Peter) Dung is a PhD student in the research group Physics of Fluids (POF). His supervisor is prof.dr. D. Lohse from the Faculty of Science and Technology. 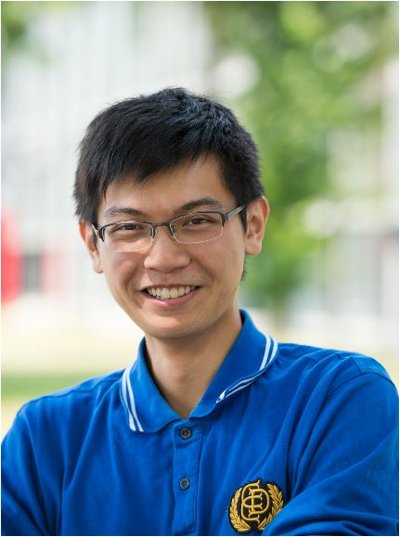 This thesis investigates the mixing in swarms of rising bubble in a flow with and without incident turbulence by studying the corresponding temperature statistics and heat transport.

The temperature mixing in inhomogeneous bubbly flows was studied by measuring the global normalized heat transport (Nusselt number, Nu) in a vertical convection cell with millimetric bubbles introduced only through half of the injection section at the bottom (close to the hot or cold wall). For the void fraction ⍺ < 4.0%, Nu was enhanced as compared to homogenous bubbly flows, because of the presence of shear-induced turbulence (SIT) and the buoyancy-induced recirculation in addition to bubble-induced agitations (BIA). For 4.0% < ⍺  < 5.1%, SIT and the large-scale circulation started to compete with BIA, leading to a smaller Nu enhancement.

To study the effect of incident turbulence, the Twente Mass and Heat Transfer Tunnel (TMHT) was built. It was demonstrated that temperature and mass transfer measurements in turbulent bubbly flows are possible in a controlled manner. By using TMHT, the temperature statistics in a turbulent bubbly thermal mixing layer were studied. The Kolmogorov -5/3 law in the temperature frequency spectra was followed by a steeper spectral slope when ⍺ increases. It saturated to a -3 scaling when ⍺ is large enough.  The -3 power law was proposed to be attributed to the local net spectral transfer of the temperature fluctuations being directly dissipated by diffusivity.

Finally, we studied the integral statistics (the mean, variance and probability density functions) of the temperature and velocity and the small-scale statistics (temperature increment statistics) for different ⍺. The scaling properties of the structure function of the order p versus the second order structure function were investigated using extended self-similarity. Such scaling exponents for ⍺ = 0% and ⍺ = 4.7% are similar to each other up to p = 5. The exponents also resembled those in the boiling Rayleigh-Bénard convection (point bubbles simulations) reported before and were higher than other single-phase cases reported before.