Due to the COVID-19 crisis the PhD defence of Roman Medvedev will take place online (until further notice).

Roman Medvedev is a PhD student in the research group XUV Optics. His supervisor is prof.dr. F. Bijkerk from the Faculty of Science and Technology (S&T). 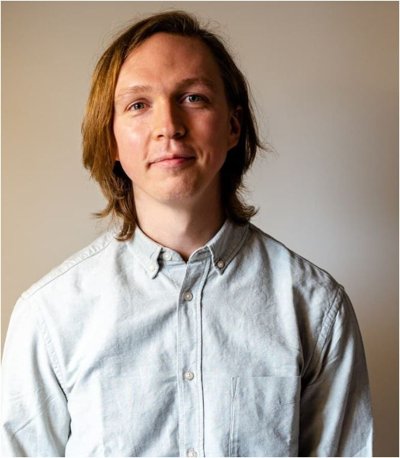 This work is dedicated to thin film reflective multilayer optics working in the range between the O Ka and the Al Ka absorption edges (525 eV-1486 eV) to be used in spectroscopic applications. The main requirements for multilayer optics in spectroscopy are a high peak reflectance and a narrow bandwidth. The periodicity of the multilayer system designed for such an energy range is only 2.5 nm with individual layers being thinner than 1 nm. This makes the performance of such systems extremely sensitive to any imperfection at the interfaces. Analysis of such short period structures is very challenging due to the limitations of conventional methods that are commonly used for multilayer systems with larger periodicities. Therefore, this research faced two main challenges: engineering and analysis. In the engineering part, to improve the optical contrast and the quality of the interfaces various techniques such as ion beam polishing of layers, alternative working gas, and the use of alternative material combinations were applied. The analysis part required a combination of several state-of-the-art analytical methods in order to obtain reliable information about interfaces and film growth.

Roughness at interfaces is one of the main factors that lead to reduced reflectivity. Ion beam polishing was applied to the W/Si multilayer system in order to reduce interfacial roughness. Treatment of every Si layer with 100 eV Ar+ ions led to a strong reduction of the vertical interfacial roughness correlation length as well as favourable changes in the lateral correlation length as well as jaggedness of roughness. However, despite strong changes of more than an order of magnitude in the diffuse scattering of hard X-rays, ion polishing did not result in a significant reduction of the amplitude of the interfacial roughness, mainly because the initial roughness was already at the atomic scale level, which is difficult to reduce further. Furthermore, analysis of the GIXR data revealed a lack of bulk W in the W/Si system, indicating the formation of a WSix compound, which reduced the overall optical contrast. Therefore, improvement of the optical contrast by preventing this strong compound formation became the next goal.

In order to study interface formation in W/Si multilayer systems an in vacuo low-energy ion scattering (LEIS) set-up, connected to a magnetron deposition system, was used. Two working gases, Ar+ and Kr+, were used for W deposition. The measurements revealed strongly asymmetric interfaces, with W-on-Si being significantly broader than Si-on-W. Changing to a heavier gas (Kr) for W deposition was considered as a method to improve the W-on-Si interface because of the lower energetic contribution of backscattered neutralized Kr+ ions, resulting in a weaker intermixing at the interface. However, no difference was found between interfaces deposited in different gases. Therefore, it was concluded that the asymmetry was caused by direct atomic interaction between W and Si rather than by a ballistic effect. The results obtained suggested focusing further research on the improvement of the W-on-Si interface in the first place, trying to reduce direct W-Si interaction.

Post deposition nitridation of Si by means of implantation of 60eV N+ ions from a Kaufman ion source was applied on every Si layer in order to form a thin Si3N4 layer which could reduce the strong W-Si interaction. A gradual increase of the passivation time while keeping the rest of the parameters fixed, showed an improvement of the interfaces. However, the effect of the improved sharpness of the interfaces was counterbalanced by the formation of a relatively thick Si3N4 layer which reduced the overall optical contract. This result suggested using lower ion energies in order to reduce the nitrogen penetration depth in the Si layers.

High optical contrast can be achieved by using different material combinations that have a less pronounced interaction compared to tungsten and silicon. Among several materials, boron was chosen as an alternative to silicon. In contrast with other suitable materials, this combination had not been studied before, thus, the main goal was to investigate the W-B interaction and the possibility of using W/B as an alternative to W/Si systems. W/B multilayers were synthesized successfully, however, GIXR analysis revealed the substantial formation of tungsten boride due to W-B chemical interaction. Furthermore, an increased interfacial roughness was observed. Ion polishing of the boron layers resulted in a significant reduction of the diffuse scattering of hard X-rays but did not improve the reflectivity for soft X-rays. These results indicate that B is not a favourable material to substitute Si in the investigated multilayer systems.

A comprehensive analysis of the short-period W/Si and W/B multilayer systems was carried out in this work. A combination of various state-of-the-art analysis techniques was used to obtain reliable information about the internal structure of the multilayers. Understanding the physics of thin-film growth at the atomic scale helped to define the next steps in improving the performance of such systems as discussed in the "valorization and outlook" section. This thesis is a basis for further studies on this type of multilayer mirrors.

Due to the COVID-19 crisis the PhD defence of Roman Medvedev will take place online (until further notice).