Due to the COVID-19 crisis measures the PhD defence of Tisja Daggers will take place online.

Tisja Daggers is a PhD student in the department of Water Resources (WRS). Her supervisors are prof.dr. D. van der Wal from the Faculty of Geo-Information Science and Earth Observation (ITC) and prof.dr. P.M.J. Herman, Delft University of Technology. 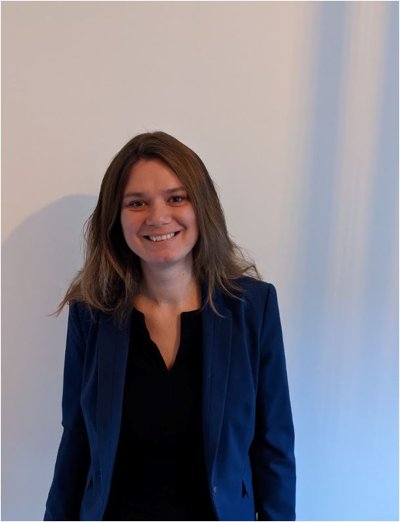 Estuaries are highly productive ecosystems and among the most economically valuable ecosystems worldwide. However, due to agricultural and industrial activities such as dredging for ship navigation and extraction of sand resources, more than 90% of the species originally living in estuaries have been lost. In addition, the intertidal flats located in estuaries, which emerse during low tide, are an important focus of concern with respect to the potential impacts of climate change (e.g. sea level rise).

The sediment of intertidal flats contains an enormous diversity of microalgae and cyanobacteria, which form the so called ‘microphytobenthos’ (MPB). MPB constitute an essential food source for benthic macrofauna, such as worms and shellfish, which are in turn eaten by (flat)fish and waders.

To asses impacts of anthropogenic stressors and to sustainably manage intertidal systems, it is necessary to better understand the functional and structuring role of MPB in the intertidal ecosystem at the estuary level.

In this thesis, we aimed to study the extent to which MPB 1) can be used as indicator for ecosystem functioning and 2) can structure higher trophic levels.

A generic method was developed to retrieve MPB primary production rates from multispectral imagery (Landsat 8). Our MPB primary production model based on MPB biomass and mud content derived from satellite remote sensing, ambient temperature measurements and a tide model can be used as a tool to evaluate the effects of, e.g., a decrease in emersion duration and tidal flat area on MPB production. The model may, for example, be included in predictive models of macrofaunal distributions. The spatio-temporal information on MPB biomass and production can also be included in food web models, which may support management of estuarine ecosystems.

A natural stable isotope analysis showed that MPB forms a major component in the diet of macrofauna and that the relative contribution of MPB in their diet may vary among tidal systems. This highlights the pressing need to preserve these intertidal flats, as decreasing availability of microphytobenthos may have cascading effects up the estuarine food web.

A defaunation experiment showed that removal of macrofauna did not result in higher MPB standing stocks, indicating that grazing by macrofauna does not lower MPB biomass under the studied environmental conditions. This supports the use of remotely sensed information to quantify spatial variation in MPB food availability for higher trophic levels.

Furthermore, a semi-variogram analysis on multispectral satellite imagery (Sentinel-2 MSI) revealed that the location of patches (on the meso scale) varied from winter to summer and that the degree of patchiness increased throughout the year. This information can be accounted for in spatially explicit food web models or sediment transport modelling.

Due to the COVID-19 crisis measures the PhD defence of Tisja Daggers will take place online.