Due to the COVID-19 crisis measures the PhD defence of Kunaifi will take place online.

Kunaifi is a PhD student in the research group Design Engineering (DE). His supervisor is prof.dr. A.H.M.E. Reinders from the Faculty of Engineering Technology (ET). 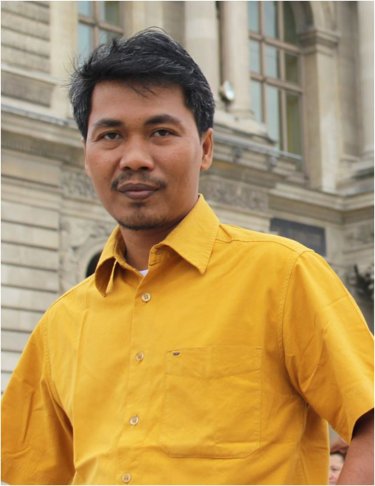 Being the largest renewable source in Indonesia, the potential for solar electricity in this tropical country is enormous. However, the growth of installed photovoltaic (PV) systems in Indonesia is lagging behind the expected potential of solar energy conversions. Moreover, evidence regarding the suitability of PV systems in Indonesia, by research on their performance is lacking.

In this thesis, PV systems in Indonesia have been evaluated from a societal and technical perspective aiming at answering the following main research question: What are the experiences and attitudes of Indonesian end-users towards the electricity grid, as well as solar energy, and would a transition towards solar photovoltaic systems be feasible considering the performance of PV systems operating under Indonesia’s tropical climate conditions?

In order to answer this question, the research design was divided into three parts: (I) an evaluation of the present situation in Indonesia regarding energy and power supply, (II) an assessment of the preferences and attitudes of end-users of the electricity grid, and (III) an evaluation of the performance of PV systems in Indonesia as compared to other climates. The general methods applied to address each part are briefly summarized below.

After having conducted the above research activities, we have drawn conclusions as follows.

Indonesia has been facing three types of challenges in providing a proper electric power supply to the whole population. The first challenge is due to significant variations between regions regarding access to electricity, power sales, price of electrical energy, and the reliability of electricity services by the grid. Second, electricity consumption per capita in Indonesia is relatively low compared to many other countries. In 2017, electricity consumption per capita was only 1 megawatt-hour (MWh), which was low compared to that in Vietnam at 1.6 MWh/capita, Thailand at 2.7 MWh/capita, Singapore at 8.7 MWh/capita, and the Netherlands at 6.7 MWh/capita. Third, power infrastructure development and climate change mitigation in Indonesia seems to be conflicting with each other, where the majority of generation come from coal-powered plants while the progress with implementing renewable power systems has been slow.

Based on our survey in 2017, an average end-user of the electricity grid perceived 4-fold to 14-fold more frequent outages as compared to the reliability metrics reported by PLN. Also, end-user perceived 8-times to 12-times longer duration of outages as compared to the official statistics. To improve the reliability of electricity supply at home, respondents were willing to pay an additional 10% to 30% to their monthly electricity bill. Our survey was conducted in Pekanbaru in the Province of Riau, Kupang in the Province of East Nusa Tenggara (ENT), and Jayapura in the Province of Papua, Indonesia, and as such represents well the actual situation in urban environment on islands outside Java and Bali.

Using the same survey described above, it was found that the majority of the grid’s users were knowledgeable about renewable energy and climate change. They believed that renewable energy is important for Indonesia and knew that electricity generated by PV systems is more sustainable than the electricity from the grid. Most of the households indicated that they liked to have PV systems on their houses’ rooftops.

Also, the performance and degradation rate of a 1 MWp copper, indium and selenium (CIS) PV system were determined and compared with those of a 5 kWp poly-crystalline silicon (p-Si) PV system operating in Cirata, West Java. By considering the technical performance indicators, it can be concluded that CIS technology performs better than p-Si in Indonesia’s tropical climate. This is explained by the final yield (Yf), daily-averaged performance ratio (PR), a.c. power (Pac), and the degradation rate (Rd). However, there may be some uncertainty concerning the calculation of the Rd. Moreover, the performance evolution of fifteen photovoltaic (PV) systems of six different PV module technologies was evaluated in three different climates. Changes in PV systems’ performance have been determined using the performance ratio (PR) and the performance loss rate (PLR). PV technologies applied in these evaluated PV plants are amorphous silicon (a-Si) solar cells (one system), heterojunction with intrinsic thin layer (HIT) hybrid silicon (one system), copper indium gallium selenide (CIGS, one system), monocrystalline silicon (mono-Si, three systems), cadmium telluride (CdTe, three systems), and polycrystalline silicon (p-Si, six systems). The PV systems are located in four locations with three different climates, namely: (1) Alice Springs, Australia (arid, desert, hot, climate code BWh), (2) Cirata and (3) Pekanbaru, Indonesia (tropical, rainforest, climate code Af), and (4) Bolzano, Italy (temperate, dry summer, hot summer, climate code Cfb). We analyzed monitoring data from the PV systems from 2008 to 2019, ranging from two to nine years. The general conclusions of this work are: (1) The CIGS system performed best with an annual-averaged temperature-corrected performance ratio, PRann, value of 0.88 ± 0.04. The least performing technology was a-Si, with an average PRann value of 0.78 ± 0.05. The p-Si PV systems in climate Cfb of Italy had a higher average PRann of 0.84 than those operating in climates BWh of Australia and Af of Indonesia, with an identical value of 0.81. (2) The p-Si PV systems show the lowest performance loss rate (PLR) among the technologies with an average PLR value of -0.6%/year. The strongest performance loss was experienced by a-Si modules at -1.58%/year.

Based on the findings above, we can answer the main research question as follows. A transition towards the widespread use of solar PV systems is feasible for Indonesia. The very good performance of PV systems in Indonesia with a PR of 78 to 90% is comparably as high as in other sunny climates. An advantage for Indonesia is that a high solar irradiance is available the whole year through. Autonomous solar PV systems are a proven option for the electrification of rural areas and remote islands, so that it can be continued with an improved sustainability aspect. The greatest application for the energy future of Indonesia is grid-connected PV systems. PV systems would be a sustainable option along with other renewable power generation technologies, amid fossil fuel reserves that are facing depletion. However, to achieve this goal, all potential and current stakeholders should become involved by a correct strategy that is beneficial to all. The central government holds important roles in initiating and maintaining these change processes, for example by decentralizing the energy sector to local entities and creating supporting and consistent policies.

In the context of a future outlook for research, we offer the following recommendations. First, further studies on assessing the experience of the grid users should involve higher statistics than those presented in this thesis. Second, further research on the performance of PV systems should also include a higher number of PV systems in Indonesia from each module technology and region. Third, other types of research are required to develop more knowledge about PV systems in Indonesia such as nowcasting and forecasting solar PV performance as well as geographic mapping of PV systems’ technical and financial potential and PV system performance.

Due to the COVID-19 crisis measures the PhD defence of Kunaifi will take place online.