Novel Cyclic Polysulfide Based Blends. Elucidation of the Role of Zinc Oxide in Sulfur Crosslinking

Due to the COVID-19 crisis the PhD defence of Gina Butuc will take place (partly) online.

Gina Butuc is a PhD student in the research group Elastomer Technology and Engineering (ETE). Her supervisor is prof.dr. A. Blume from the Faculty of Engineering Technology (ET). 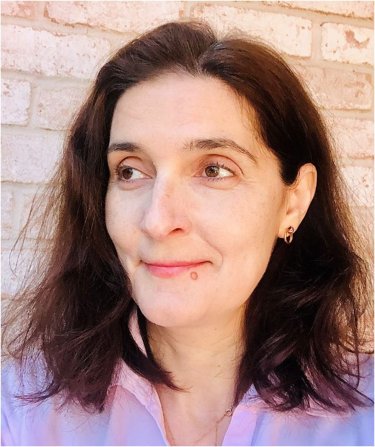 Rubber as a material of choice continues to expand and grow in areas such as transportation, household, medical and industrial applications. With a continuous increase of the number of applications and usage, comes the quest for new and improved rubber compounds. In general, new materials are used for new applications. But how about expanding existing materials’ use beyond the original intent? With a creative way of combining existing materials, the resulting blend can exhibit properties that are a novelty.

In this research project new rubber compound blends are proposed that have a common feature, they all contain cyclic tetrasulfide (CTS). CTS is a new development from the class of polysulfides, and its proposed usage is as a sulfur donor. In the rubber blends studied in this project, CTS is also a part of the gum stock in combination with another polymer. The binary blends are comprising of either a non-polar polymer or a polar polymer and CTS. For the non-polar polymer and CTS blends, ethylene propylene diene terpolymer (EPDM) or ethylene propylene copolymer (EPM) were used and for the polar polymer and CTS blends, nitrile rubber (NBR) or hydrogenated nitrile rubber (HNBR) were used. Showcasing the advantage of the blend concept in an EPDM and CTS blend indicates a superior performance in applications where EP(D)M does not fulfil the demand;  the resulting rubber compound exhibits a lower swell in hydrocarbon oil by 38%, when compared against an EPDM.

The research project is structured in two paths, which are as follows:

Both paths merge in Chapter 9, as a culmination of all information accumulated in the previous studies. In this chapter, mechanisms of crosslinking were proposed for the four polymer blends studied. A selection of the rubber compounds developed in this research project contain this dual cure system. The organic peroxide is added to the system, while the sulfur evolves from CTS.  Proposed mechanisms of crosslinking are detailed for both single and dual cure systems.

The ring opening reaction of CTS facilitated by the ZnO and stearic acid  opens the possibility of additional chemical interactions to take place. At the surface of ZnO after reacting with stearic acid a “template” or cavity is formed, where the sulfur crosslinking reaction takes place. The fragments resulting from the ring opening reaction of the CTS are facilitating the crosslinking reaction of the secondary polymer present in the rubber blends by forming a variety of sulfur bridges and long chain crosslinks. In addition, the CTS fragments are recombining to form an in-situ polymer, a linear polysulfide, within the polysulfide phase. By carefully crafting a rubber blend compound taking into account a decoupling of each individual cure type, successful rubber compounds can be created that are incorporating a dual cure system.

The studies of the polymer blends presented in this project represent the foundation of a new platform for CTS-based polymer blends.

Due to the COVID-19 crisis the PhD defence of Gina Butuc will take place (partly) online.