Due to the COVID-19 crisis the PhD defence of Jessica Strickland will take place (partly) online.

Jessica Strickland is a PhD student in the research group Physics of Fluids (PoF). Her supervisor is prof.dr. D. Lohse from the Faculty of Science & Technology (S&T). 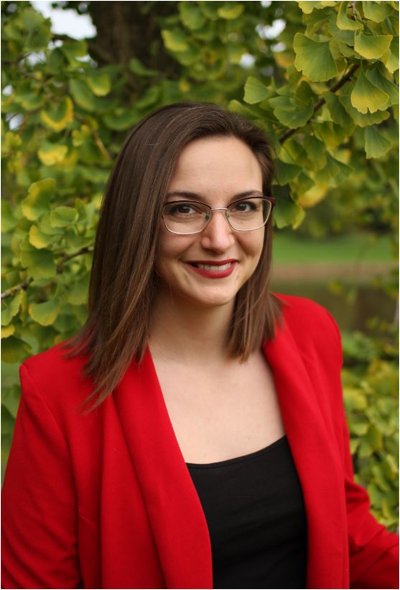 In spite of the current climate crisis, our expanding population is demanding more energy resources. However, reducing our carbon emissions is imperative in mitigating human-driven climate change, therefore necessitating the development of sustainable sources such as wind energy. Maximizing the productivity of wind farms while minimizing the space that they occupy requires understanding the turbulent fluid physics involved. For instance, each turbine generates a slowed, yet more turbulent flow downstream, known as a wake. Also, turbines influence the incoming flow through blockage. Therefore, the interactions between these turbines and the atmosphere will determine the productivity of the entire wind farm. Modeling and numerical simulations are excellent tools for understanding and optimizing wind farms prior to construction. In this thesis, a simple analytical model and high-fidelity large eddy simulations are used to investigate the effects of wakes and blockage on the productivity of large-scale wind farms. Specifically, Part I focuses on circumventing wake-related power losses by vertically staggering the wind turbines. Next, Part II sheds light on the relatively unexplored blockage phenomenon, ultimately questioning the validity of commonly assuming that a wind farm receives undisturbed flow.

Due to the COVID-19 crisis the PhD defence of Jessica Strickland will take place (partly) online.