Due to the COVID-19 crisis the PhD defence of Ricardo Lopez de la Cruz will take place (partly) online.

Ricardo Lopez de la Cruz is a PhD student in the research group Physics of Fluids (POF). His supervisors are prof.dr. D. Lohse and prof. X. Zhang from the Faculty of Science and Technology (S&T). 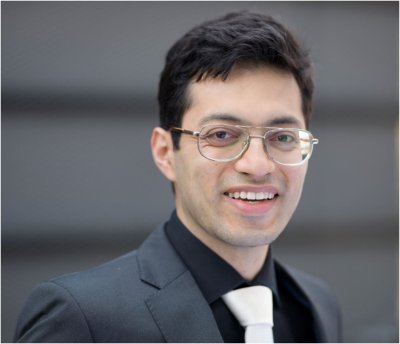 Multicomponent liquids are widely present in nature and the process industry. They can be found in our bodies, in food, in cosmetics, and medicine, among others. However, the many possible phenomena that can arise from multicomponent liquids are still far from being completely explored and understood. To tackle this problem, this thesis studies the time evolution of the different phenomena occurring within and at the interface of binary and ternary liquids, including the Marangoni effect, the ouzo effect, bulk phase separation, and natural convection. This thesis investigates the interplay between the mentioned phenomena when they emerge from processes like the evaporation of thin films confined in a Hele-Shaw cell and the dissolution of droplets inside a bath. The methods used to study these processes include linear stability analysis, numerical simulations, and experimental techniques, like micro-particle image velocimetry and confocal microscopy. The results in this thesis give new insights into old problems, like a Marangoni instability, but also shed light on newer problems, like the ouzo effect in confined geometries and the simultaneous dissolution of multiple droplets.

Due to the COVID-19 crisis the PhD defence of Ricardo Lopez de la Cruz will take place (partly) online.