Due to the COVID-19 crisis the PhD defence of Daan Wielens will take place (partly) online.

Daan Wielens is a PhD student in the research group Interfaces and Correlated Electron Systems (ICES). His supervisor is prof.dr.ir. A. Brinkman from the Faculty of Science and Technology (S&T). 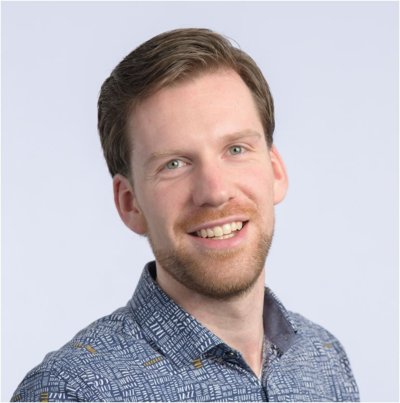 We started our search for the topological magnetoelectric effect in Chapter 2 by reviewing the theoretical aspects of axion electrodynamics in topological matter. It was found that for such materials, an additional term can be added to the Lagrangian density, which leads to the modification of Maxwell's equations. These modifications arise due to spatial or temporal changes in the axion angle, which is non-zero in topological materials. Several experiments have been proposed to measure the resulting topological magnetoelectric effects, of which we consider three experiments which are related to electronic properties. Two experiments, the search for the magnetic monopole and the interference experiment for fractional charge, are related to a spatial gradient in the axion angle, while the chiral magnetic effect relates to temporal changes in the axion angle of Weyl semimetals. We discussed some points of concern regarding the contributions of different surfaces, the requirements regarding the direction of magnetization at the surfaces, the axion insulator state and optical experiments. We noted that more experimental proof is required to clarify these points.

In order to study these topological effects, we make use of different topological insulator materials. While part of the research is performed on devices that were fabricated on exfoliated flakes of single crystals, the more recent experiments focus on thin films of topological insulators that were deposited by molecular beam epitaxy. We have deposited high quality films of (Bi1-xSbx)2Te3 (BST) on SrTiO3, Al2O3, and InP substrates, as shown in Chapter 3. While misoriented crystals are present in films grown on SrTiO3 and Al2O3, they are absent for films grown on InP. We develop fabrication methods that allow us to fabricate top-gated devices of different shapes and enable us to create Josephson junctions and arrays on topological films that are deposited on one of the aforementioned substrates. The magnetotransport measurements on the BST films show that, upon applying gate voltages, the material can be tuned through the Dirac point, and both the associated peak in the longitudinal resistance, as well as the change in (dominant) carrier type are observed in the films. We furthermore show that the films deposited on SrTiO3 can be tuned by both top and back gates, where a strong interlayer coupling was found between the two surfaces. At low temperatures, the fabricated junctions do not turn superconducting, but signs of electron-electron interactions are present in both junctions and Hall bar devices.

In Chapter 4 we incorporated vanadium dopants into the BST films. The resulting magnetic topological insulator thin films have been shown elsewhere to exhibit a quantum anomalous Hall state when the doping is optimized and when subsequently the Fermi level is tuned into the gap. Despite the high quality of our films, no QAH state was observed so far. Nevertheless, the films have provided a valuable insight into the magnetism of the MTI films. While both Van Vleck and RKKY magnetism are observed in telluride materials that are doped with either vanadium or chromium, our gate-dependent Arrott analysis shows that the Curie temperature does not change as a function of gate voltage. The Curie temperature does increase when the vanadium content is increased, as was confirmed in a different set of samples. Both observations strongly point towards the Van Vleck mechanism as dominant contribution to the magnetism in our films. We discuss possible explanations for not observing a QAH state in our films and also discuss recent developments regarding the ‘2D’ and ‘3D’ versions of the QAH effect.

We studied the chiral magnetic effect in the Dirac semimetal Bi0.97Sb0.03 in Chapter 5. The chiral magnetic effect, leading to a negative magnetoresistance when the applied electric and magnetic fields are parallel, can hardly be distinguished from other effects that lead to a similar response, such as current jetting. To resolve this problem, we fabricated nanodevices on exfoliated flakes of Bi0.97Sb0.03. In a non-local measurement setup, we locally apply parallel electric and magnetic fields, which leads to a chiral charge polarization. This polarization diffuses into the rest of the nanodevice, where it couples to the magnetic field to lead to a measurable voltage. By measuring the voltage at different distances, we were able to extract a chiral charge diffusion length of 1 m. The temperature dependence of the diffusion length indicates that the relaxation of chiral charges mainly occurs through inelastic processes.

We integrated a superconducting quantum interference device in a dilution refrigerator in Chapter 6 to measure the modulation of flux as a consequence of changing the electric field at the surface of a magnetic topological insulator at temperatures of 20 mK. We verified the working of the SQUID sensor by using a test setup in the refrigerator. Upon measuring the gate dependence of the detected flux of both axion devices and top-gated Hall bar devices that were fabricated on V-BST thin films, we found no sign of a topological magnetoelectric effect. We argue that either the non-quantized anomalous Hall state of the V-BST sample is not sufficient for the observation of the TME, or that, if present, the signal may still be too weak. By simultaneously performing electrical transport measurements, we show that sample heating influences the magnetization of the magnetic topological insulator film, which is reflected in the SQUID measurements. It is thus of importance for future measurements to be able to distinguish any temperature-induced effects from possible topological magnetoelectric effects.

In Chapter 7 we fabricated Josephson junction devices on topological materials in search for fractional charges. We started with Josephson junction arrays that contain a hole on exfoliated flakes of BiSbTeSe2 and also fabricated reference samples on Au thin films. In magnetotransport measurements we observe an oscillation in the critical current as function of the magnetic field, which was reproduced by simulations on similar geometries, where a prefactor was introduced for the effective area corresponding to the oscillations. No contributions from fractional charge were observed in the topological insulator device. While several reasons for this were given, we focus on the limited number of observed oscillations and therefore seek to improve this by making the transition to thin film devices. We first fabricate Josephson junctions and find that the supercurrent distribution is inhomogeneous in the junctions. The coherence length was found to be 10 nm, which puts a limit to the lattice constant of the Josephson junction array. A first Josephson junction array on a thin film shows that the homogeneity of the supercurrent distribution needs to be improved in order to observe the desired amount of oscillations.

Due to the COVID-19 crisis the PhD defence of Daan Wielens will take place (partly) online.