Due to the COVID-19 crisis the PhD defence of Baslyd Nara will take place (partly) online.

Baslyd Nara is a PhD student in the department of Urban and Regional Planning and Geo-Information Management (PGM). His supervisor is prof.dr.ir. J.A. Zevenbergen from the Faculty of Geo-Information Science and Earth Observation (ITC). 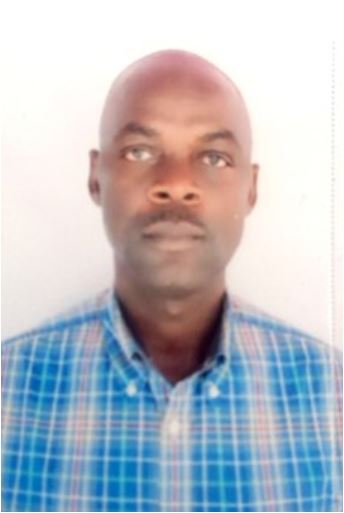 Land rights in Ghana emanate from the customary land tenure system. Secure land rights encourage access to and maintenance of large farm sizes and their productive use among others. This tenure security provides some confidence for farmers to increase farm investments and an assurance that they will benefit from those investments. This consequently increases farm produce thereby promoting food security due to food availability. Meanwhile, external pressure from population growth, urbanisation and general economic development can overwhelm the internal structures of the customary land tenure and service arrangements for safeguarding people’s land rights. These arrangements are usually non-monetary ‘homages’ in the form of gifts or labour, which non-member landholders are required to seasonally render to landowners to acknowledge the landowners’ ownership rights and renew such landholders’ secondary rights and secure the land tenure. Governments’ efforts in the past to promote food security by strengthening land rights and securing land tenure have largely been based on ‘imported’ policies of formalisation, registration or documentation processes. These efforts took little or no consideration of local customary views, practices or land tenure dynamics. As a result, the expected benefits of these efforts were either non-existent or barely minimal, not encouraging thus making them unsuccessful. Therefore, this thesis suggests a more pragmatic approach - to work with local people to co-create (or co-design) a responsible and fit-for-purpose customary land rights/tenure and food security model. This involves local people first assessing their own local land laws and practices. Then, they learn from successful models from external environments and co-create a new model by blending the strengths of both so that it fits their local needs and environment.

The first objective of this thesis assessed the changing customary land rights and tenure security inequalities and their implications for food security of subsistence farmers in northwest Ghana. Using the social structure theory, the study was carried out through in-depth interviews of identified categories of smallholder farmers – disabled, women, men and middle-aged and youth. The specific land rights and tenure security of each group were identified and examined. Thereafter, the implications were also examined of the different groups. The outcome was that there are indeed marked inequalities where male landowners possess the strongest land rights with the highest land tenure security. Then, females from the landowning group who are placed higher on the communities’ social structure possess similarly weak land rights and low land tenure security just like their female settler counterparts. Paradoxically, even though male settlers are lower on the social structure, they were found to possess stronger land rights and higher land tenure security than females from the landowning group. Implying that masculinity and femininity determine the nature of people’s land rights and tenure security in the study area than any other factor. For instance, disability does not significantly affect people’s land rights as much as their sex/gender does. Therefore, there exists more food insecurity challenges in terms of availability and accessibility among all females and male settlers possessing weaker land rights than male landowners whose land rights are stronger. Of course, females from the landowning group benefit marginally for their membership among landowners than their counterparts who are females and at the same time settlers. The study concluded that there is the need to put strategies towards narrowing land rights and tenure security inequality gaps. This will stimulate increased investments from all categories of farmers to acquire, possess and maintain sizeable lands, increase investment on those lands more productively for increased farm produce. This may result in food availability among the people which can stimulate their food accessibility and thereby promoting nutrition and food stability as well.

The second objective ascertained how the challenges of the changing customary tenure and service arrangements of subsistence farmers can be tackled to strengthen land rights, improve tenure security and consequently, food security. In this objective, the study examined the influences of community land rights and tenure security intervention processes on food security in Northwest Ghana. The local land tenure model and its inherent challenges hindering the realisation of their human aspirations of secure land tenure and food security were examined. The challenges basically were about the absence of an overarching legislation, more robust information flow system, low media involvement in terms of communication and lack of intervention opportunities for members to address land rights challenges thereby also affecting their farming, food availability and consequently food security. By working with local communities, the members suggested strategies (both local and external) that need to be put in place to address these challenges. The strategies include maintaining the local land rights model and blending it with some aspects suggested in literature. The first is an overarching legislation to give legal effect to processes in the local land rights model. This was initially absent. Second is to encourage information flow and regular communication about land rights issues with media empowerment and active involvement of local, mainstream as well as social media to quickly draw attention and call for prompt action by the responsible institutions. Then legal intervention by legal advocates and paralegals is needed to facilitate poor farmers’ access to the formal court system for justice whenever the customary approach is unable to provide them with satisfactory resolution to their land rights and land tenure challenges.

Sub-objective three was to co-create the design of a new model for improving tenure security and food security of subsistence and smallholder farmers in customary areas in the region. Therefore, based on the outcome from objectives one and two, the third objective was to ascertain how challenges of customary tenure and service arrangements of subsistence farmers can be resolved towards improving tenure security and food security. The study at this stage worked with the local people and co-created a land tenure model referred to as responsible and fit-for-purpose (FFP) because it emanates from the people and took local practices, customs and ideas in the design of the model. By the nature of this new model, all customary land rights and land tenure issues are encapsulated in and guided by the overarching legislation. What this means is that every aspect of local tenure will now be legally enforceable when the new overarching legislation is implemented after passing a test implementation stage in sub-objective four to confirm its potential feasibility on the ground.

Sub-objective four was to test the implementation of the new responsible and FFP model towards increasing tenure security for all categories of subsistence and smallholder farmers to enhance farming, possibly increase farm produce, food availability and consequently improve food security. In testing the model, various representatives of the study communities mock-acted in various role-play sessions. During this exercise, land rights issues, challenges and disagreements were presented. Some of the local people acted as institutions and individuals responsible for addressing the issues. In the process, some matters were quickly resolved while others were referred to the next level of authority as contained in the model until it was resolved. Every aspect of the model – court, legal advocates, media etc. were all tested and passed as implementable and potentially effective for strengthening land rights and for securing customary land tenure. The almost unanimous acceptance and success rating were captured in a Likert scale with four and two communities agreeing and strongly agreeing respectively.

In conclusion therefore, strong customary land rights and secure customary land tenure are important prerequisites for subsistence and smallholder farmers to invest their time, money and effort in farming with a high possibility of increasing food produced from their farms and therefore promoting food security. Of course, other conditions like favourable rainfall, absence of pests, fertile soil and fertilizer application to mention a few must not be overlooked in the process of achieving food security through strong land rights and secure land tenure.  This thesis contributes to knowledge and literature with the addition of empirical evidence about subsistence and smallholder farmers’ land rights, land tenure and food security issues in the context of northwest Ghana. In the area of policy – medium-to-long-term, the results show the need for specific land legislations by local and central governments to narrow the customary land rights and land tenure insecurity gap between the vulnerable and privileged groups in local communities. Policies and legislations to empower local institutions, various media and professional legal advocates are equally emphasised. Also, the results show the need for a strong land policy and food policy particularly, food availability. The result show that food availability in this context is capable of facilitating food accessibility, enhancing food nutrition and promoting food stability. Other potentials of this thesis are social harmony, cohesion and peaceful co-existence with less tendency for conflicts. This consequently promotes an enabling socio-political, economic and legal environment at both local and national levels for overall general development and progress of society. These aspects may form the basis of in-depth research of this nature in future.

Due to the COVID-19 crisis the PhD defence of Baslyd Nara will take place (partly) online.