Due to the COVID-19 crisis the PhD defence of Thomas Schut will take place (partly) online.

Thomas Schut is a PhD student in the research group Integrated Devices and Systems (IDS). His supervisors are dr.ir. R.J. Wiegerink and prof.dr.ir. J.C. Lötters from the Faculty of Electrical Engineering, Mathematics and Computer Science (EEMCS). 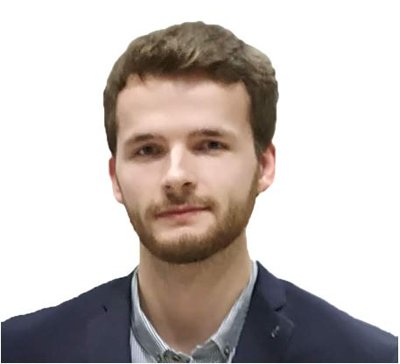 Accurate measurement and control of fluid flow is critical in many applications, such as gas chromatography, wind sensing and biomedical applications. Therefore, flow sensors are often the crucial component in fluidic systems. Over the last decades, the research field of micro-machined flow sensors has been ever growing due to the advantages that come with miniaturization of such sensors. The main advantages of micro-machined flow sensors are their low power consumption and their ability to measure very low flow rates. Thermal flow sensors are widely used for their high resolution. However, thermal flow sensors have to be calibrated for a specific fluid, since each fluid has a different heat capacity. On the other hand, Coriolis mass flow sensors measure true mass flow, independent of fluid properties such as density and viscosity. This has made them of great importance in the field of mass flow measurement. The first micro-machined Coriolis mass flow sensors were presented almost two decades ago. Since then, much progress has been made to improve their performance. The aim of the research in this thesis is to push the resolution of the μ-Coriolis mass flow sensor (μ-CMFS) towards the limit associated with mechanical-thermal noise. The research in this thesis focuses on limitations to the performance of a μ-CMFS related to the mechanical design and how to address these. The research can be divided into two parts: 1) Definition of the limitations to the performance of a μ-CMFS and modelling of said sensor, 2) Presentation of methods and designs which address the aforementioned limitations. A μ-CMFS can in principle be seen as an inertial sensor, where a fluid flow through a micro-channel induces acceleration of the channel. Therefore performance limitations of micro-machined inertial sensors are reviewed, including (but not limited to) mechanical-thermal noise. For each limitation, the application to a μ-CMFS is described. To further the understanding of limitations to the performance of a μ-CMFS, the operating principle is discussed in detail. Furthermore, a model of the sensor was set up consisting of a finite element method (FEM) simulation in combination with an analytical model. The model allows for fast simulation of resonance frequencies, flow sensitivity and mechanical properties. The model is validated by designing several μ-CMFS devices with varying size and shape and comparing simulated and experimentally obtained parameters. After a model of the sensor is set up, limitations to actuation and readout methods are investigated. Several transduction principles are discussed which can be exploited for actuation of the μ-CMFS. Improved magnet configurations for electromagnetic actuation of the μ-CMFS are presented. Their improved performance can enhance the signal-to-noise ratio of the overall sensor and reduce the amount of power required for actuation. Several readout schemes for a μ-CMFS are discussed to address the performance limitations presented throughout this thesis. Devices are realized based on two main readout methods: 1) A capacitive readout realized by comb-shaped electrodes attached to the micro-channel of the sensor, 2) A resistive readout based on strain gauges on top of or embedded in the micro-channel. The devices are fabricated using the so-called Surface Channel Technology fabrication process, which is described in detail in this thesis. This process allows for micro-channels to be created right underneath the surface of a silicon wafer. The fabricated devices have been characterized and several improvements have been achieved. μ-CMFS devices with a capacitive readout were realized which showed significant improved robustness against vibrations caused by environmental excitation or by water hammering (by which gas bubbles present in a liquid flow can cause in-plane forces on the suspended micro-channels). Furthermore, μ-CMFS devices with higher resonance frequencies and quality factors were realized. These devices should be more robust against external and in-plane vibrations while also increasing flow sensitivity. The latter was unfortunately not significantly increased because a secondary Coriolis vibration mode limited the displacement induced by fluid flow. In addition to devices with a capacitive readout, proof-of-principle μ-CMFS devices with a (piezo-)resistive readout were realized which can overcome limitations associated with a capacitive readout. First results are promising, although their resolution is still inferior to that of the capacitive readout. Finally, recommendations are given based on the characterized devices to push the resolution of the μ-Coriolis mass flow sensor further towards the thermal noise limit.

Due to the COVID-19 crisis the PhD defence of Thomas Schut will take place (partly) online.