Martijn Blom is a PhD student in the research group Sustainable Process Technology (SPT). His supervisors are prof.dr. S.R.A. Kersten and prof.dr. G. Mul from the Faculty of Science and Technology (S&T). 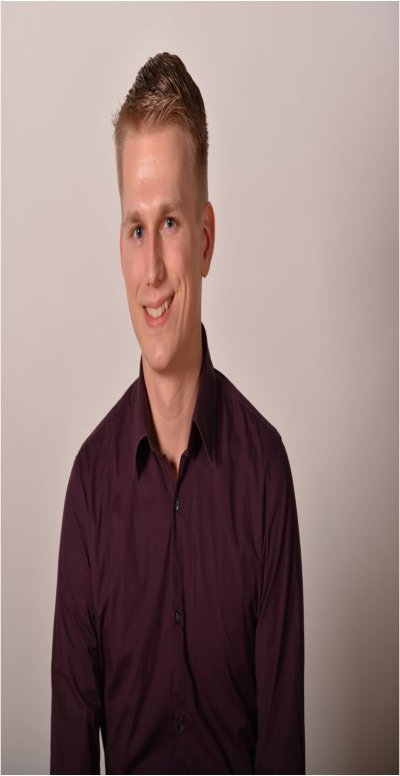 Renewable energy sources are increasingly important in meeting society’s energy demand. In particular, penetration of wind and photovoltaic power is growing rapidly. This development is essential for the wellbeing of future generations, but is accompanied by many challenges. One of the most important technical challenges is security of supply of renewable energy. After all, there are windless, dark periods. This thesis focusses on a potential novel energy storage system to bridge those periods with stored energy from light, windy periods. The storage occurs through conversion of dissolved potassium bicarbonate into potassium formate, creating a safe and scalable system. Safe, as only non-flammable, non-toxic chemicals are used and scalable due to the liquid storage medium that can be pumped into tanks. Before the system can be realised, many questions need to be answered. Some of which, in this thesis.

First, in Chapter 2, the question is answered under which circumstances electrochemical conversion of bicarbonate to formate can occur. That is researched with a theoretical analysis of an electrolyzer, taking into account reactions at the electrode, transport through a membrane, exchange with a gas phase and the carbon dioxide-bicarbonate-carbonate equilibrium. From this mass balance analysis, it follows that the overall net conversion of the electrolyzer remains unchanged, when the electrochemically active species at the cathode is changed from bicarbonate to carbon dioxide. Consequently, electrodes designed for the reduction of carbon dioxide, which have been thoroughly studied in literature, can be utilized in the bicarbonate-formate storage system. Furthermore, due to the carbon dioxide-bicarbonate-carbonate equilibrium, the desired conversion of bicarbonate to formate can only occur when protons are transported through the membrane into the catholyte.

Given the possibility to utilize electrodes designed for the reduction of carbon dioxide, Chapter 3 considers lead (Pb) electrodes. Those are initially highly active and selective for formate production, but show reduced current density and a relative increase in undesired hydrogen production, within minutes. Brief anodic polarization of the electrode, restores the initial activity and selectivity. From in-situ Raman spectroscopy and thermodynamic analysis, it follows that lead carbonate is likely the electrochemically active phase. The lead carbonate degrades relatively slowly during production of formate, but can be regenerated relatively fast by anodic polarization. Therefore, pulsed electrochemistry can be a viable method to ensure a high average activity and selectivity of lead cathodes. However, for application in an energy storage system the overpotential is too high, which would result in excessive energy losses and low energy efficiency.

Although an increase in the partial pressure of hydrogen has a clear effect on the net hydrogen production, it is not directly explicable with the reaction schemes presented in literature. Moreover, other have applied a small increase in the partial pressure of hydrogen and reported no effect on the net hydrogen production, but rather an increase in formate production. In chapter 5, an engineering method is applied to determine a suitable reaction mechanism. Several plausible mechanisms, substantiated by (literature) observations, are modelled. Then, modelled trends regarding reaction rates as function of experimental parameters are compared to experimentally observed trends. Mechanisms that are not able to describe all trends are dismissed. A mechanism based on both an α- and β-palladium hydride phase can describe the experimental results and correctly predicts the outcome of isotopically labelled experiments. From the mechanism and model, it follows that the ratio of α- and β-palladium hydride is a crucial factor in the intrinsic selectivity. The ratio itself is strongly influenced by the size, shape and support of the Pd nanoparticles. Furthermore, the proton reduction rate, which is highly dependent on the catalyst-ink layer properties, is a determining factor in the effect of the partial pressure of hydrogen on the formate and/or hydrogen production rate. Therefore, both aspects are highly relevant for further research.