Due to the COVID-19 crisis measures the PhD defence of Robin Koldeweij will take place (partly) online in the presence of an invited audience.

Robin Koldeweij is a PhD student in the research group Physics of Fluids (POF). His supervisor is prof.dr. D. Lohse from the Faculty of Science and Technology (TNW). 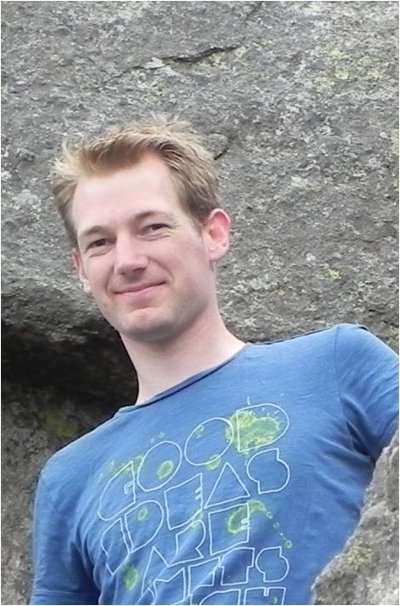 Additive manufacturing has developed from the production of prototypes towards the direct printing of functional parts. Recent developments include the use of multiple materials during a single additive manufacturing step, especially using inkjet printing. To increase the capabilities even further, understanding of interactions of these materials is required. The main goal of this thesis is to study the influence of heterogeneous interactions in droplets.

This thesis studies two types of droplet contact: the deposition of droplets on undercooled surfaces and the interaction of a binary system with variation in liquid properties. For both types of interactions, novel experimental methods are proposed and numerical methods are developed that accurately describe the physics of both solidification and Marangoni effects.

The solidification has been studied for all relevant length scales, from nucleation to crystal growth and the effects of the phase change on the spreading behavior of droplets. Peculiar mechanisms due to the interaction of the microscopic crystals with the macroscopic fluid behavior are studied in detail.

Marangoni effects have been studied for binary droplets in flight, showing similarities to earlier studies of droplets impacting on liquid baths. It is shown that the spreading of droplets over liquids can be reasonably well described with a single power law equation, which is of importance for industry and engineering.

As presented in the thesis, the main unresolved problem remains the combination of the two aforementioned effects: the thermal Marangoni effect during the solidification of droplets.

Due to the COVID-19 crisis measures the PhD defence of Robin Koldeweij will take place (partly) online in the presence of an invited audience.