Due to the COVID-19 crisis measures the PhD defence of Frans de Vries will take place (partly) online in the presence of an invited audience. 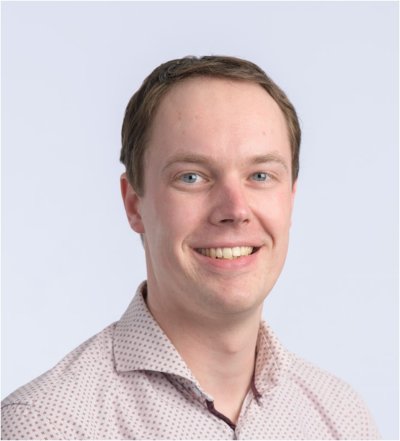 All over the world, offshore pipelines are used to transport oil and gas across sea. These pipes are installed on the sea floor by dedicated pipe-laying vessels, for which several laying methods are used. Examples of such methods are the J-lay method and S-lay method, of which the first letter refers to the shape of the pipe during installation. To ensure the integrity of the pipe, pipe-laying is simulated numerically. In this doctoral research a numerical model for simulation of offshore pipe-laying has been developed to be substantially more efficient and physically more realistic than existing models.

In the numerical model the pipe is modelled with beam finite elements. These elements can be subjected to large displacements and rotations, which result in geometrically non-linear behaviour. A convenient approach to modelling this nonlinearity is the co-rotational formulation, in which a local coordinate system moves and rotates with the element. In this research, an existing co-rotational beam element formulation has been improved by increasing accuracy and efficiency.

Due to the non-linear relations in the numerical model, an iterative algorithm is required to obtain balance of forces and moments. In this work the Newton--Raphson algorithm is used to obtain quadratic convergence. This requires deriving consistent stiffness matrices to account for variations of all loads that are dependent on the degrees of freedom.

Static loads included are gravity and buoyancy, for which equivalent nodal forces and moments are derived. A detailed buoyancy model is compared with a simpler submerged weight model, which is based on Archimedes' law. The submerged weight model is inaccurate when plastic deformation occurs and when a free pipe end is involved.

Hydrodynamic loads are modelled by Morison's equation, modified for a moving cylinder.  This equation consists of three parts: drag, added mass and a pressure gradient. The drag results in damping, the remaining parts are inertia terms.

Dynamic simulations are performed with the HHT-$\alpha$ time integration method. This is an implicit method, for which stability is not dependent on time step size. The HHT-$\alpha$ method is second-order accurate and has controllable numerical damping that damps higher frequencies without affecting the lower frequencies too much.

At the start of a dynamic numerical simulation, a load is suddenly applied to the structure. This sudden load can excite high natural frequencies that are physically not relevant. An initialisation procedure for the HHT-$\alpha$ method is presented, that avoids excitation of these high frequencies to prevent incorrect predictions of the pipe's kinematics.

In the pipe-lay model the pipe can be in contact with the seabed and with roller-boxes on the stinger and on the vessel. This contact is modelled with the Penalty method, in which the contact state is binary: there is either `contact' or `no contact'. The contact state can alternate between `contact' and `no contact' over consecutive Newton--Raphson iterations. A contact-state delay procedure is presented that prevents this alternating behaviour.

A tensioner controls the tension applied to the pipe by paying in or paying out the pipe when the measured tension exceeds predefined limits. In the tensioner model the tension is measured at the tensioner, while the pipe is payed in or out at the end of the stinger. This separation successfully ensures that the pipe nodes that are in contact with the roller-boxes remain in a correct position when the pipe moves axially.

In a thin-walled pipe stresses in radial direction are much smaller than stresses in circumferential and axial direction, such that a plane stress state can be assumed. Stresses in circumferential direction are defined by the internal and external pressure acting on the pipe. These assumptions are used to derive an efficient dedicated algorithm for plasticity in pipes with arbitrary isotropic hardening. Additionally, the plasticity algorithm is implemented such that it does not negatively affect the Newton--Raphson iteration behaviour.

Results of linear elastic J-lay simulations with the new pipe-lay model are similar to those of industry standard software Offpipe. Results of linear elastic S-lay simulations show that Offpipe overestimates bending strains for pipes with a small diameter. When plastic deformation occurs, Offpipe underestimates axial strains due to its simplistic material model. In the new pipe-lay model, these strains are calculated correctly.

In the new pipe-lay model numerical time integration can be applied with time steps that are up to 100 times larger than those in Offpipe. These larger time steps are possible due to high stability of the algorithms described in this thesis, such as the contact-state procedure and the implemented plasticity model.

Due to the COVID-19 crisis measures the PhD defence of Frans de Vries will take place (partly) online in the presence of an invited audience.