Due to the COVID-19 crisis measures the PhD defence of Pim Bullee will take place online without the presence of an audience.

Pim Bullee is a PhD student in the research group Soft matter, Fluidics and Interfaces (SFI). His supervisors are prof.dr.ir. R.G.H. Lammertink and prof.dr. D. Lohse from the Faculty of Science and Technology. 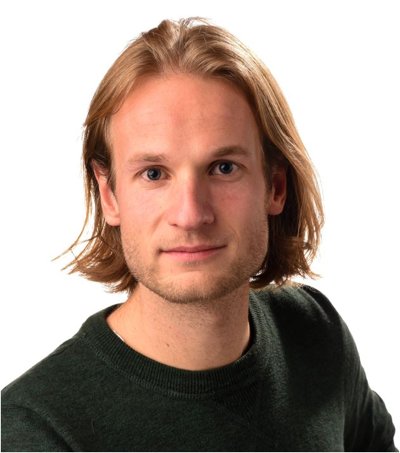 Many flows in nature and industry are wall-bound. The interaction between the walls and the fluid influences the drag force that the fluid experiences from these walls. We tested the influence of different wall conditions: smooth, rough, and superhydrophobic; on different flow conditions: laminar single-phase flow — with and without surfactants — and turbulent single- phase and two-phase flows.

The influence of surfactants on the observed slip length b was studied in microfluidic channels (chapter 1), of which the bottom wall was made superhydrophobic by etching double re-entrant cavities of diameters 150 μm and 200 μm in the silica. Using micro particle image velocimetry, an average slip length of 4 μm (bmax = 14 μm at the centre of the gas-liquid interface) was measured for the surface with 150 μm cavities using MilliQ water. For the surface with 200 μm cavities, this was 9 μm (bmax = 28 μm at centre of the interface). Four different sodium dodecyl sulphate (SDS) solution were prepared of varying concentrations between c = 0.08–1.00 mmol/l. No significant difference in average slip lengths and velocities over the gas-liquid interface were found between the four different solutions and the pure MilliQ water. We attribute this to the relatively large flow velocities in our system, compared to results from literature where an influence of SDS on the slip length was reported in a similar system, but at lower flow velocities. We expect this to be of (indirect) influence on the adsorption and desorption kinetics of the surfactants at the interface, which will be the topic of further studies.

Hydrophobic surfaces with micro-pores were studied for their drag reducing potential in turbulent Taylor–Couette (TC) flow: the flow between two co-axially, independently rotating cylinders (chapter 4). The torque that is required to rotate the cylinders at set frequency, can be measured with relative ease and high accuracy, and is directly related to the wall shear stress and the skin friction coecient. Experiments were performed with Reynolds numbers ranging between Re = . It was found that air bubbly drag reduction is more effective with a micro-porous hydrophobic inner cylinder, compared to a smooth hydrophilic inner cylinder. This observed difference reached a maximum around Re = . For larger Reynolds numbers, the effects of the surface roughness became more significant, compared to the enhanced bubbly drag reducing effect of the hydrophobic surface. This is the result of a shorter viscous length scale  which makes the roughness effectively larger. This strong effect of the roughness was also observed in the single-phase measurements, that showed a constant increase of 14% of the skin friction coecient over the whole range of Reynolds numbers tested, even though the surface was in the non-wetted Cassie–Baxter state.

The TC geometry can potentially be used to determine the equivalent sand grain roughness for any fully rough surface, from torque measurements only (chapter 2). Because of the stream-wise curved nature of the geometry, it is important that this roughness does not extend into the region of the turbulent boundary layer where effects related to this curvature play a role in the production of turbulence. When this condition is met, a very similar value of the von Kármán constant , that gives the slope  of the fully rough asymptote of the log-layer velocity profile, is found for the TC geometry compared to flat geometries. From the assumption of constant angular momentum in the bulk region of the flow, an equation was derived that relates the wall shear stress (torque) to the equivalent sand grain roughness of the surface. This was shown to be within 5% agreement with the torque measured during our experiments, for the corresponding equivalent sand grain roughness derived from the velocity profiles obtained from particle image velocimetry.

Due to the COVID-19 crisis measures the PhD defence of Pim Bullee will take place online without the presence of an audience.