Due to the COVID-19 crisis measures the PhD defence of Özlem Haval Demirel will take place online without the presence of an audience. 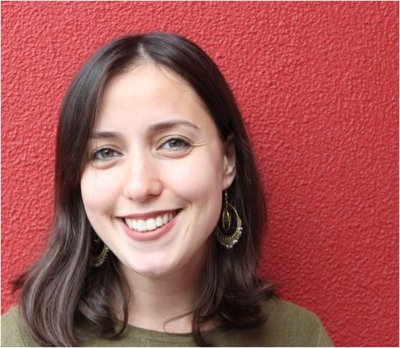 Metal organic frameworks (MOFs) consist of metal ions or clusters connected by organic ligands in a crystalline infinite coordination network. MOFs have been studied for many different applications over the past decade due to their unique properties such as high surface area, pore size and designable framework. Beside the extensive research on MOF powders, many efforts have been also focused on obtaining homogenous and defect-free MOF (thin) films that can be used in separation, catalysis, electronic, photonic and sensor applications. In this thesis, the overall objective is to develop new insights to understand the role of the interface for MOF film preparation and properties. For this, firstly, thin films of benchmark MOFs, Cu-BTC and ZIF-8 are prepared on two novel functional supports (metal: porous copper hollow fiber and polymer: ion exchange membranes) by controlling the transport of the reactants at the interface. Secondly, the effect of the interfacial properties on gas separation performance is investigated for MOF embedded polymer films. At last, we have looked at the interfacial properties of MOF films from the surface characteristic and adhesion properties point of view. More details of the thesis chapters can be found below.

Chapter 1 provides an overview to porous materials and MOFs. A brief history of MOFs is followed by a discussion of their properties and the latest developments in the field, including a brief overview of companies involved with MOFs. Next, MOF films and their typical preparation methods (including the ones used in this thesis) and potential applications are discussed. Finally, the scope and outline of the thesis are provided.

In Chapter 2, porous copper hollow fibers are used as both support and as a metal source for preparing thin MOF (Cu-BTC) films. An electrochemical route is chosen because it is easy, fast and side-product-free, applicable to the hollow fiber geometry, and enables the desired films characteristics. The effect of the applied potential and the presence of a supporting electrolyte (to increase the conductivity of the organic solution) are investigated to obtain homogeneous, uniform and continuous MOF films. The adhesion of the layers, their thickness, and particle size distribution are characterized. More uniform films with smaller particles have been obtained in the absence of a supporting electrolyte and at low potentials. This is explained with the combination of pronounced electric-field driven mass transport of the organic ligand from the liquid bulk and the slower dissolution of copper due to the lower overpotentials. When supporting electrolyte is used, ligand transport is much slower and copper dissolution higher due to higher overpotentials resulting MOF formation in the bulk along with homogenous film growth.

Chapter 3 introduces MOF (ZIF-8) film synthesis on commercial ion exchange membranes (IEMs)  that are used both as dense polymeric support and selective medium in diffusion-cell set-up. The aim is to control the transport of the reactants at the interface for localized synthesis. The influence of the different dielectric constant solvent, type of IEMs (anion exchange and cation exchange) and duration of the synthesis are investigated to obtain pure, homogenous ZIF-8 films. Pure ZIF-8 films are obtained in methanol, despite a lower dielectric constant and reduced Donnan exclusion (charge density), on anion exchange membranes. IEMs have been introduced as support for MOF thin films for the first time with great potential to control the local concentration and the synthesis.

Chapter 5 covers analyzing and quantifying interfacial properties of MOF films (ZIF-8) via contact angle measurements. Sample preparation and measurement techniques (static, advancing-receding and most stable contact angle via piezoactuation) are addressed. The most stable contact angle measurements of multiple probe liquids are used to estimate the interfacial properties of spin-coated ZIF-8 films. The challenges to analyze the surface characteristic of porous materials are conceptually and quantitatively investigated, as the interfacial aspects of MOF films are valuable information to understand any MOF-based system.

Chapter 6 reflects on the results showed in this thesis along with the possible future directions. Challenges across the thesis are discussed, with an emphasis on the so called “negative results” which were obtained during the course of this doctoral research. General perspectives on the MOF field, ranging from discovering new powders to designing films for nanotechnology applications and the contribution of this thesis to the growing field of MOFs are provided.

Due to the COVID-19 crisis measures the PhD defence of Özlem Haval Demirel will take place online without the presence of an audience.