Due to the COVID-19 crisis measures the PhD defence of Ms. Frauke Luft will take place online without the presence of and audience.

Frauke Luft is a PhD student in the research group Biomedical Signals and Systems (BSS). Her supervisor is prof. dr. P.H. Veltink from the Faculty of Electrical Engineering, Mathematics and Computer Science (EEMCS). 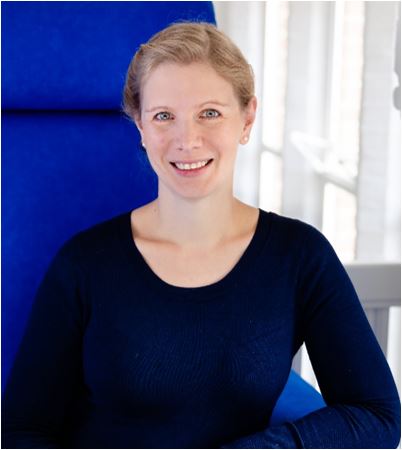 Movement disorders, such as essential tremor (ET) and  Parkinson’s disease (PD), are disabling and lower the quality of life of the affected patients. Despite their pathological differences, PD and ET can be difficult to distinguish from each other, due to overlapping symptoms, such as tremor or deficits during motor task performance. Common diagnostic tools, such as polymyography, movement disorder rating scales or single photon emission computed tomography (SPECT) scans are either invasive (SPECT), time consuming, subjective (rating scales), expensive and/or not widely available. Therefore, this thesis focusses on finding objective parameters to differentiate PD from ET that can be measured with commonly available tools.

The first objective, quantifying tremor occurrence in ET and PD subjects and identifying corresponding cortical activity, is the topic of chapters 2 and 3. The second objective, quantifying timing deficits of ET and PD subjects during voluntary movement under different conditions and identifying corresponding neuronal networks, is the topic of chapters 4 to 6.

Chapter 2 describes a new objective quantitative method to split surface electromyography and 3D accelerometer data into tremor and non-tremor windows. Afterwards, the tremor stability index was determined to indicate the advantage of detecting tremor windows prior to analysis. Subjects performed a resting, postural and movement task. Data was split into three-second windows and the power spectral density was calculated for each window. The relative power around the peak frequency with respect to the power in the tremor band was used to classify the windows as either tremor or non-tremor. The method yielded a specificity of 96%, sensitivity of 85% and accuracy of 91% of tremor classification. During tremor significant differences were found between groups in the tremor stability index. The results suggest that the introduced method could be used to determine under which conditions and to which extend undiagnosed patients exhibit tremor.

The aim of chapter 3 was to determine differences in cortical activity during the presence of tremor between PD and ET. For this purpose the method established in chapter 2 is used to split not only accelerometer and EMG data, but also electroencephalography (EEG) data into tremor and non-tremor windows. Subjects performed the same tasks as in chapter 2. Data was split into tremor and non-tremor windows based on the relative power of the tremor frequency recorded with accelerometers placed on the hands. Regression analysis was used to determine significant correlations between tremor at the hands and cortical activity in the alpha and beta band recorded with EEG. Significant correlations were found at different cortical regions during tremor occurrence in both groups. The resting task revealed significant correlations between tremor and cortical activity in PD but not ET. During the postural task, significant correlations were found at the associate and primary visual cortex in ET suggesting that these patients rely on visual guidance for movement execution in contrast to PD patients.

The following chapters, chapters 4 through 6, focus on the second objective of this thesis, quantifying the timing deficits of ET and PD subjects during voluntary movements. For this purpose subjects performed a bimanual tapping task. Chapter 4 describes the effect of external cues on the performance of a bimanual motor task in PD and ET patients. Providing external cues improves timing of these movements in PD, but its effect on ET has not yet been studied in depth. The aim of this study was to evaluate the usefulness of a bimanual tapping task as a tool during clinical decision making. Hand movements and tremor were recorded using accelerometers and EMG (m. extensor carpi ulnaris) from PD and ET patients and healthy controls during a bimanual tapping task as a way to distinguish PD from ET. All subjects performed the three minute tapping task at two different frequencies (2 and 4 Hz) while an auditory cue was switched on and off every 30 seconds. No significant intra-group differences were found in the patient groups. Acceleration data revealed significantly less accurate and more variable tapping in PD than in ET and healthy controls (HC). ET subjects tapped less accurately and with a greater variability than healthy controls during the 4 Hz tapping task. Most interestingly, the ability to follow the cue frequency more accurately improved in PD patients when kinetic tremor occurred. Tremor was detected using EMG, while kinematic information was received from the accelerometer data.  Chapter 4 concluded that providing ET and PD patients with an external cue results in different tapping performances between patient groups and healthy controls. Furthermore, the findings suggest that kinetic tremor in PD enables patients to perform the task with a greater accuracy. So far this has not been shown in other studies.

In chapter 5 the power spectral density was determined from the recorded EEG. From the spectrum, the cortical task related power (TRP) was calculated during the same bimanual tapping task as in chapter 4 for the HC, PD and ET group. Increased TRP was found in different areas in the three groups. In both patient groups areas of motor planning, movement initiation, maintenance and coordination were active. ET patients showed additional activity in areas responsible for proprioception and association between somatosensory, auditory and visual information. On the other hand, PD patients had additional activation of areas responsible for motor response inhibition, auditory priming and basic processing of auditory stimuli.  In the HC group an increased TRP was found in the area of motor response inhibition, bilateral object manipulation and basic auditory processing.

In chapter 6 brain activation in PD and ET patients during a similar bimanual tapping task was studied with fMRI. Subjects had to perform a bimanual tapping task, consisting of 6 blocks. Each block started with one minute of rest followed by a minute of tapping at 2 Hz. A visual cue, a blinking dot, was presented for half a minute each time (rest and tapping) and subjects were asked to synchronize their movement with the cue during the tapping phase. The results of this study showed large differences in activity patterns between patients with PD and ET and between the patient groups and HC. The contrast between cued movement and non-cued movement revealed the most notable differences between groups. In ET, cueing seemed to have almost no effect on activation, whereas in the PD group cross-modelling between different areas seemed to occur. Furthermore, reduced activation of the motor cortex was found in the ET group compared to the HC group supporting the findings of chapter 5.

The results of all three studies suggest that a simple tapping task could be useful during clinical decision making and might be a valuable tool in an objective diagnostic protocol.

Due to the COVID-19 crisis measures the PhD defence of Ms. Frauke Luft will take place online without the presence of and audience.