Stergios Verros is a PhD student in the research group Biomechanical Engineering (BE). His supervisors are prof.dr.ir. H.F.J.M. Koopman and prof.dr.ir. G.J. Verkerke from the Faculty of Engineering Technology (ET). 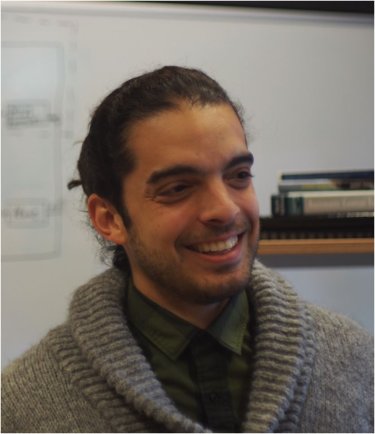 People with Duchenne muscular dystrophy (DMD) lose the ability to move due to severe muscular weakness hindering their activities of daily living (ADL). As a consequence, they have difficulties with remaining independent and have to depend on caregivers. Medication cannot prevent or cure DMD but it can increase the life expectancy of patients. Notwithstanding the increase in life expectancy, people with DMD have a lower Health Related Quality of Life (HRQoL) compared to people without DMD. A possible improvement could be achieved with assistive devices to perform ADL and, as a result, to depend less on caregivers.

The goal of this dissertation, therefore, is to evaluate control interfaces for active trunk support.

To this end, several research questions were formulated and investigated:

I. Is there an alternative to the intuitive trunk control interface to steer trunk muscles?

Current research on the control of orthotic devices that use sEMG signals as control inputs, focuses mainly on muscles that are directly linked to the movement being performed (intuitive control). However, in some cases, it is hard to detect a proper sEMG signal (e.g., when there is a significant amount of fat) or specifically for EMG from trunk muscles, respiratory muscles are located in the trunk as well and can easily disturb the control signal, which can result in poor control performance. A way to overcome this problem might be the introduction of other, non-intuitive forms of control. We performed an explorative, comparative study on the learning behaviour of two different control interfaces, one with trunk muscle sEMGs (intuitive) and one with leg muscle sEMGs (non-intuitive) that can be potentially used for an active trunk support. Six healthy subjects undertook a 2-D Fitts’ law style task. They were asked to steer a cursor towards targets that were radially distributed symmetrically in five directions.

A feasibility study evaluated control interface performance with a novel trunk support assistive device (Trunk Drive) for adult men with Duchenne Muscular Dystrophy (DMD) namely, joystick, force on sternum, force on feet and sEMG (electromyography). This was done as a discrete position tracking task. We built a one degree of freedom active trunk support device that was tested on 10 healthy men. An experiment, based on Fitts’ law, was conducted for the evaluation.

This study was dedicated to the development and assessment of three different admittance control algorithms for a trunk supporting robot; a law with constant parameters, a law with added feedforward force, and a law with variable parameters. A Fitts’-like experiment with 12 healthy subjects was performed to compare the control laws.

IV. Do people with DMD generate satisfactory signals which can potentially drive an active trunk support?

We concluded that, although the non-intuitive force on feet control is one of the best interfaces for people with DMD to control an active trunk support some DMD patients find it easier to use the EMG from their leg muscles. The joystick is the only usable intuitive control interface but, the function of one hand has to be sacrificed. The decision, as to which control interface works best, must be made per individual.

Stergios Verros is a PhD student in the research group Biomechanical Engineering (BE). His supervisors are prof.dr.ir. H.F.J.M. Koopman and prof.dr.ir. G.J. Verkerke from the Faculty of Engineering Technology (ET).