Detection of microbes and microbial infection

Dan Zweitzig is a PhD student in the research group Medical Cell Biophysics (MCBP). His supervisor is prof.dr. L.W.M.M. Terstappen from the Faculty of Science and Technology (TNW). 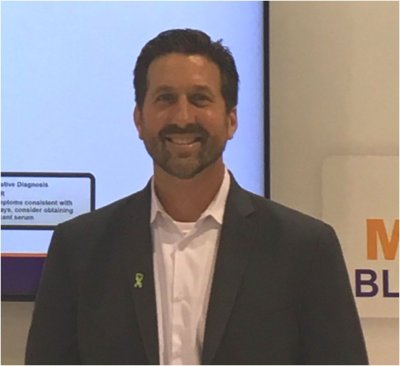 There is an ongoing need for improved methods to detect microorganisms and the infections they cause.  This thesis describes new molecular and serologic approaches related to detection of infectious disease agents, as well as other biomolecules upregulated by the host immune response.  Notably, the ETGA assay described in Chapter 2 represents a truly novel biochemical method for detecting microorganisms that had never been described prior.  By combining the ETGA assay with selective cell lysis procedures, several clinically relevant applications were also demonstrated.  In addition to ETGA, a novel microsieve-based immunoassay approach was described.  Preliminary studies using this simple immunoassay procedure demonstrated clinically relevant sensitivity for detecting infectious disease-specific antibodies, as well as the sepsis biomarker sPLA2-IIA.  Towards the end of the thesis, numerous follow-up studies were also proposed, which offer potential for continued advances within the field of infectious disease diagnostics.