Due to the COVID-19 crisis measures the PhD defence of Olena Soroka will take place online.

Olena Soroka is a PhD student in the research group XUV Optics (XUV). Her supervisor is prof.dr. F. Bijkerk from the Faculty of Science and Technology. 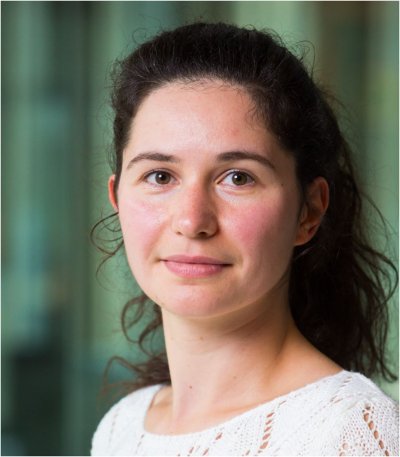 The ability of hydrogen to dissolve and diffuse in solid materials causes accelerated material wear and decreased robustness. In many applications hydrogen induced embrittlement determines the lifetime of hardware components that operate in direct contact with hydrogen gas. Examples of such applications are thermonuclear reactors, hydrogen storage and extreme ultraviolet lithography equipment. In addition, hydrogen induced embrittlement can also play a role in components exposed to hydrogen species generated by corrosion processes, like, for instance, in aircraft components. Hydrogen permeation into such components can be mitigated in several ways. For instance, metal alloying can be applied in order to reduce the hydrogen solubility. Alternatively, a protective film can be added that acts as a diffusion barrier between the component and the hydrogen environment. Such a barrier is beneficial when a component has a complex structure that is crucial for its functionality and, therefore, cannot be altered.

The choice of material for an optimal protective film will depend on the particular application. An easily accessible and preferably low cost technique for comparison of the hydrogen permeation in candidate barrier layers is needed to efficiently search for an effective material. Hydrogen permeation in materials strongly depends on its chemical interaction with hydrogen, its structure (which is defined by the material fabrication method), its geometrical form and any processing steps. Therefore, the availability of a technique to measure hydrogen transport across thin films of prospective barrier materials is very desirable.

In this work, an optical sensor for hydrogen diffusion in thin metal and non-metal films was proposed and the relevant physical processes regarding the fabrication and use of such a sensor were investigated. This knowledge was applied for measuring and comparing hydrogen diffusion through a range of potential barrier materials and reference materials. A Y thin film was used as the sensor layer, onto which a test layer, of which the diffusion properties are to be measured, was deposited. The dielectric function of the sensor film changes upon hydrogen absorption, which was monitored with spectroscopic ellipsometry or optical transmission. The design was optimized to enable comparison of hydrogen permeability in different materials. The work in this thesis resulted in, to our knowledge, the first quantitative measurements of the hydrogen diffusion constant in Ru. Furthermore, the knowledge was applied to design a layer stack that allows a reliable comparison of hydrogen diffusion kinetics in various barrier layers with low hydrogen diffusion constants.

First, an ellipsometric model was developed to quantify the ratio of the hydride phases YH2 and YH3 in a Y film, from which the absorbed amount of hydrogen can be determined. A ruthenium test layer was used for this case, since it allows stable YH2 and YH3 phases to form, even when the sample is exposed to atmosphere after hydrogen exposure. For calibration purposes, a study of structural changes in the Y film during hydrogenation was conducted with in situ and ex situ X‑ray diffraction. The two consecutive transitions, Y to YH2 and YH2 to YH3, were fitted with two ellipsometric models. The transition from Y to YH2 could be accurately modelled with an effective medium approximation, while the transition from YH2 to YH3 could not be accurately fit with an ellipsometric model due to the presence of a plasmon resonance. The formation of the YH2 phase could be accurately determined from a peak in the ellipsometric angle Ψ for a large range of wavelengths, which facilitates the use of ellipsometry for hydrogen diffusion measurements.

The uptake and diffusion of hydrogen in a sensor film covered by a test layer may be limited by diffusion processes in the thin films, or by surface or interface processes. In order to learn to what extent the test layer determines the hydrogen uptake and saturation level in the Y film, hydrogenation of samples was compared for several metal test layers (Ru, Pd, Ag, Ta, and also a Pd/Ru bilayer). Samples with different test layers that were hydrogenated with atomic hydrogen under the same conditions, showed the formation of different Y hydride phases (YH2 or YH3), or even the absence of a measurable hydrogen uptake. The apparent stability or instability of YH3 is, in the case of thin films, governed by the desorption temperature of hydrogen from the capping layer surface. For measuring hydrogen transport through test layers, the influence of differences in absorption and desorption kinetics of hydrogen on the surface of the sensor sample should be mitigated. Therefore, all test layers were coated with a Pd capping layer, which has fast hydrogen uptake kinetics.

To check the feasibility of a Y-based hydrogen sensor for measurements of hydrogen transport in materials with low H permeability, hydrogen diffusion through Ru films was quantified using hydrogenography. With this technique, the optical transmittance of a Pd/Ru/Y multilayer stack (deposited on a transparent substrate) was monitored during exposure to hydrogen molecular gas. The combined effects of the promotion of H2 dissociation by a Pd cap and slow permeation of atomic H in the Ru layer, compared to Pd and Y, enabled a direct measurement of the hydrogen diffusion rate through Ru. From temperature dependent measurements, the activation energy of hydrogen diffusion was determined in the temperature range between room temperature and 100 °C.

In addition, the Y-based sensor was tested with a range of test materials, including metals (Ru, Al, Ag, Mo, Cu), Si and oxides (SiO2 and Al2O3). Hydrogen diffusion kinetics were derived by exposing samples with different test layer thicknesses to atomic hydrogen, monitoring the time required for the Y to YH2 transition. When the hydrogenation time increased with layer thickness, it could be concluded that the observed hydrogenation kinetics is limited by diffusion through the test material. This provided means to exclude that the hydrogenation kinetics was limited by surface or interface processes, or diffusion through the Y film or cap layer. The hydrogenation time (which is inversely proportional to the diffusion constant) roughly scaled with the heat of solution of H in the test material. The heat of solution denotes the heat released during hydrogen solution in a solid at infinite dilution. This scaling is indicating that the heat of solution can serve as a first indicator for the speed of hydrogen transport through a layer of a certain material.  When comparing the hydrogen diffusion constants from this study to values reported in literature, it was found that the reported literature values scatter over orders of magnitudes for a single material, depending on the specimen form and the type of diffusion measurement. This stresses the importance of the sensing approach developed for this thesis, where different materials in the form of thin films can be investigated under identical conditions.

Due to the COVID-19 crisis measures the PhD defence of Olena Soroka will take place online.