Due to the COVID-19 crisis measures the PhD defence Melissa van de Loosdrecht will take place (partly) online in the presence of an invited audience.

Melissa van de Loosdrecht is a PhD student in the research group Magnetic Detection and Imaging (MD&I). Her supervisors are prof.dr.ir. B. ten Haken from the Faculty of Science and Technology (TNW) and prof.dr. I.A.M.J. Broeders from the Faculty of Electrical Engineering, Mathematics and Computer Science (EEMCS). 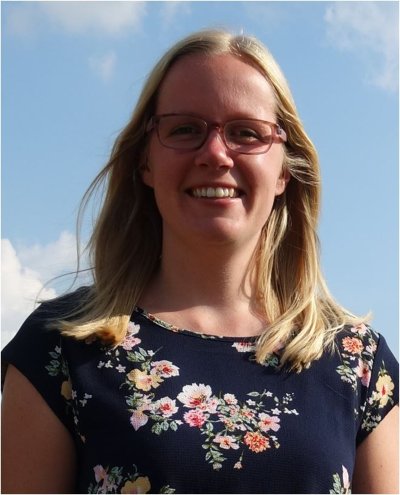 This thesis presents a new magnetic detector for use in laparoscopic sentinel lymph node biopsies, which detects a tracer in the lymphatic system. This allows for the personalization of treatment for cancer patients by identifying the first draining lymph nodes from a tumor. These first draining lymph nodes (or sentinel lymph nodes) have the highest chance of containing metastases. This thesis focuses on a magnetic tracer consisting of superparamagnetic iron oxide nanoparticles (SPIONs). SPIONs were developed as an MRI contrast agent, but have been increasingly used for other applications. The magnetic route for lymph node detection consists of pre-operative MR imaging and intra-operative handheld detection. By using MRI, the surgeon has an idea of where to find the sentinel lymph nodes, and handheld detection during surgery identifies the lymph nodes that must be removed (sentinel lymph nodes). The research in this thesis presents different hardware and software solutions for characterization and detection of SPIONs utilizing nonlinear magnetic detection. The main advantage of using a nonlinear method is that measurements are specific for SPIONs and have minimal distortions from the magnetism of the human body and surgical steel instruments. The new magnetic detector for laparoscopic surgery exploits a unique combination of separated excitation and detection coils, which improves depth sensitivity compared to a single probe containing both the excitation and detection parts.

Due to the COVID-19 crisis measures the PhD defence Melissa van de Loosdrecht will take place (partly) online in the presence of an invited audience.