Due to the COVID-19 crisis measures the PhD defence of Michiel de Goede will take place (partly) online in the presence of an invited audience.

Michiel de Goede is a PhD student in the research group Optical Sciences (OS). His supervisor is Prof.dr. S.M. García-Blanco from the Faculty of Science and Technology (TNW). 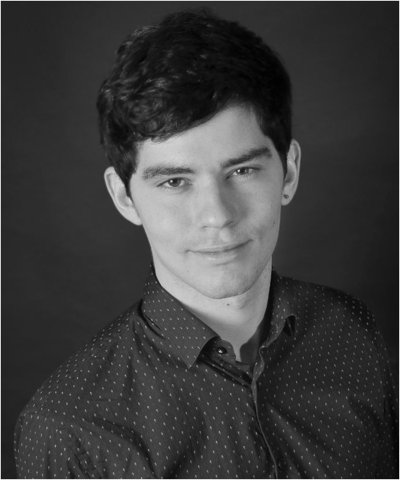 Soluble biomarkers obtained from human bodily fluids can act as a diagnostic tool for assessing the presence of a disease or monitoring its progression. Optical resonators are well suited for detecting disease biomarkers since they have both a high sensitivity due to a large evanescent field and high quality factors that allow monitoring minute concentrations of analyte. The research presented in this thesis concerns the development of integrated optical biosensors based on ring resonators realized on the Yb3+:Al2O3 material platform and demonstrates several proof-of-concepts thereof. A variety of biosensing schemes was explored to detect the cancer protein biomarker rhS100A4 from urine. First, undoped, passive Al2O3 ring resonators were developed and used as sensor by monitoring the shift of the resonance wavelength. A surface functionalization was applied to form a bioreceptor layer of Anti-S100A4 monoclonal antibodies to detect the rhS100A4 cancer protein biomarker from urine with a limit of detection of 3 nM. Second, single-mode Yb3+:Al2O3 ring and disk resonator lasers were realized for light emission at a wavelength around 1030 nm. These were used as sensors by monitoring the shift of the lasing wavelength by heterodyning their light emission with an external laser to form an optical beat note on a photodetector. This scheme improved the biomarker limit of detection by a factor of ten. Finally, mode-splitting of the resonances was induced by engineering gratings on the ring resonators. Self-referenced biosensing was realized by monitoring changes of the mode-splitting, which were only induced by biomarker binding and were insensitive to other, environmental perturbations. Using these gratings, microwave signals were generated from mode-splitting of lasers, which allow self-referenced sensors relying on novel sensing readout schemes and simpler devices. The developed optical sensing technologies of the Yb3+:Al2O3 material platform could benefit healthcare applications and medical diagnostics.

Due to the COVID-19 crisis measures the PhD defence of Michiel de Goede will take place (partly) online in the presence of an invited audience.