Due to the COVID-19 crisis measures the PhD defence of Esther Kho will take place (partly) online in the presence of an invited audience.

Esther Kho is a PhD student in the research group Nanobiophysics (NBP). Her supervisor is prof.dr. T.J.M. Ruers from the Faculty of Science and Technology (TNW). 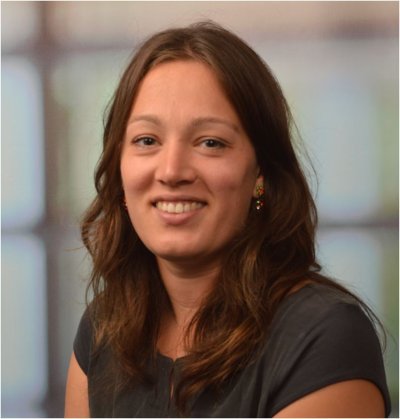 Breast-conserving surgery (BCS) is currently the preferred method of treatment for women diagnosed with breast cancer. During this type of surgery, the surgeon aims to remove the whole tumor while sparing as much healthy tissue as possible. As tumorous tissue is often difficult to distinguish from healthy tissue by eye or touch, this difficult task might result in incomplete tumor resection or the resection of much more healthy tissue than necessary. Currently, the completeness of tumor resection is determined by a pathologist, who analyses the resection margins of the specimen under a microscope. This requires several days. In case tumor is found in the resection margin, the margin is tumor-positive and additional treatment like an extra operation is required. BCS can be optimized when the surgeon is provided with feedback about the resection margins during surgery.

This thesis investigates the potential of hyperspectral imaging to assess the resection margin during surgery. Hyperspectral imaging is a non-invasive, optical imaging technique that measures differences in the optical properties of tissue. These differences in optical properties are measured in the form of diffuse reflectance spectra and can be used to differentiate tumor from healthy tissue. By imaging and analyzing the resection margin of a specimen during surgery, direct feedback can be given to the surgeon.

In Chapter 3, we reported, to the best of our knowledge, for the first time on margin assessment with hyperspectral imaging for breast-conserving surgery. We used a hyperspectral camera that operates in the near-infrared wavelength range and obtained two datasets. The first dataset consisted of tissue slices, after gross-sectioning of the resected breast specimen. With this dataset, we developed and tested a support vector machine algorithm and showed that invasive carcinoma, ductal carcinoma in situ, connective tissue and adipose tissue were classified as tumor or healthy tissue with accuracies of 93%, 84%, 70%, and 99%, respectively. In addition, we showed that the classification accuracy was lower in tissue close to tissue transitions, where hyperspectral imaging is more likely to measure a mixture of tissue classes instead of a single tissue class. This has an effect on the minimum tissue pocket size that can be detected. Nevertheless, we showed that tissue pockets larger than 2 x 2 mm were correctly classified in more than 93%.

In addition to the tissue slices, we measured the entire resection surface of six unprocessed lumpectomy specimens and showed that imaging could be performed within 10 minutes. With the algorithm developed on the tissue slices, we analyzed the hyperspectral data. However, no accurate correlation with histopathology could be obtained with this dataset due to the limited number of pathology sections and their perpendicular orientation to the resection surface. Therefore, we only assessed whether hyperspectral analysis confirms tumor-positive margins found on the available H&E sections. Hyperspectral data analysis was fast and hyperspectral imaging detected 19 of 20 malignancies that were located within 2 mm of the resection surface. Thereby, we showed the potential of using hyperspectral imaging as a margin assessment technique during breast-conserving surgery.

Based on Chapter 3, the most challenging tissue types to differentiate were connective tissue and ductal carcinoma in situ. In Chapter 4, we aimed to improve the accuracies of these tissue types by adding information in the visual wavelength range to the near-infrared wavelength range and combining the spectral and spatial information for tissue analysis. Only tissue slices were measured because of their good correlation with histopathology. We made a clear distinction between pixels that were measured on a single tissue class and of which we were certain about the histopathology label (the RIGHT dataset), and all pixels with a histopathology label (the ALL dataset). With the RIGHT dataset, we were able to obtain the maximum capability of hyperspectral imaging to differentiate malignant from healthy tissue. We showed that the highest classification performance was obtained (sensitivity/specificity: 98% / 99%) when both the visual and the near-infrared wavelength were used and that adding spatial information mainly improved the differentiation of different tissue classes within the malignant and healthy tissue classes.

For the final clinical purpose of hyperspectral imaging, resection margin assessment during breast-conserving surgery, only a specific amount of the tissue underneath the resection surface should be assessed. As such, it is important to account for the imaging depth of hyperspectral imaging. In Chapter 5, we used diffusion theory to estimate the theoretical penetration depth and compared this to the imaging depth of our setup, which we determined experimentally with a tissue-mimicking phantom. The penetration depth and the imaging depth were similar and vary with wavelength and tissue composition. To account for this variation, we developed a method that uses the spectral slope of the diffuse reflectance spectrum at wavelength regions where the imaging depth in tumor and healthy tissue is equal. Thereby, tissue up to the required tumor-free margin width of 2 millimeters can be analyzed. This method can discriminate tissue types based on the amount of fat in the tissue and was tested on gross-sectioned tissue slices. Over all 13 patients, the spectral slope was significantly different between malignant and healthy tissue and was higher for invasive carcinoma than for both connective (by 0.122) and adipose tissue (by 1.257).

In Chapter 5, good classification results were obtained on gross-sectioned tissue slices. In Chapter 6, we made the step from imaging tissue slices to imaging the resection surface of lumpectomy specimens, so that the surgeon can be provided with feedback about the resection margins during surgery. However, it was challenging to create an extensive, reliable hyperspectral database on the lumpectomy specimens. First, histopathological margin assessment covers only a small fraction of the resection surface as it was measured with hyperspectral imaging and due to tissue deformations, it is difficult to determine the exact location on the resection surface that was assessed by histopathology. Second, it is difficult to obtain a hyperspectral dataset that contains enough measurements on both tumor and healthy tissue, as not every lumpectomy specimen will contain a tumor-positive margin. Therefore, the lumpectomy dataset could not be used to develop classification algorithms. Instead, we applied classification algorithms that were developed on the tissue slices dataset to the lumpectomy dataset to evaluate the feasibility of hyperspectral margin assessment during surgery. To allow for this, we first evaluated if the hyperspectral data obtained on both datasets were similar. We found spectral differences that were related to the fact that the thickness of the tissue slices (minimum 2.5 mm) was less than the thickness of the lumpectomy specimens (>10 mm). These differences were mainly present in wavelength regions were the optical penetration depth exceeded the thickness of the tissue slices. To correct for this, we excluded wavelengths with a penetration depth deeper than 2.5 mm and thereby reduced the number of wavelengths for further analysis from 528 to 164 wavelength bands. After wavelength reduction, the spectra of slices and lumpectomy data were more similar. With the remaining wavelengths, adipose tissue was easily distinguished. By projecting the results of the spectral slope method, that can discriminate tissue types based on the amount of fat in the tissue, over the specimen, areas that contain less fat were easily visualized. Thereby, feedback about areas that are suspicious of being malignant could be given to the surgeon during surgery within 3 minutes. However, discriminating malignant and connective tissue was more challenging: A machine learning algorithm using the visual and near-infrared wavelength range was trained and tested on the tissue slices. After reducing the number of wavelengths, the sensitivity and specificity decreased from 99% to 79% and from 99% to 90%, respectively. These classification results are not good enough for accurate discrimination between tumor and connective tissue in clinical practice. This was confirmed with the lumpectomy dataset as only 1 of 4 malignant locations that required a re-operation were found. For improved discrimination between malignant and connective tissue in lumpectomy specimens, classification algorithms should be trained on lumpectomy data instead of slices data. Thereby, crucial wavelengths for the malignant-connective tissue discrimination, that were currently removed, can be included in the hyperspectral data analysis.

Due to the COVID-19 crisis measures the PhD defence of Esther Kho will take place (partly) online in the presence of an invited audience.