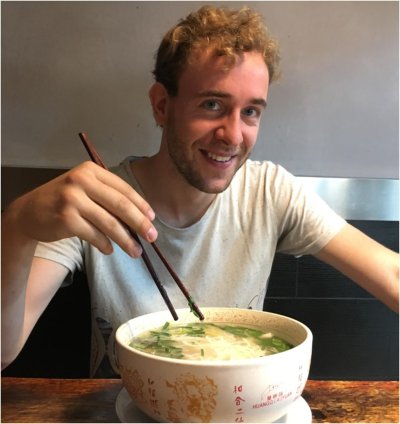 The class of two-dimensional (2D) materials are materials that are only one atom layer thick. Graphene was the first 2D material to be isolated. Geim and Novoselov were awarded the Nobel prize in Physics in 2010 for this discovery. It was discovered that graphene has many special properties, completely different from those associated with bulk materials. As for its mechanical properties, graphene is the thinnest material possible as it is only one atom

thick, but it is also the strongest material known to date while at the same time being very flexible. But most interestingly are its special electronic properties; electrons in graphene behave as relativistic particles and are not backscattered by defects, a phenomenon called Klein tunneling.

The discovery of graphene opened the field of 2D materials, as other single layer materials were soon also isolated, such as hexagonal boron nitride and the family of transition metal dichalcogenides. All these materials have their own unique properties and advantages. In bulk form, these materials consist of multiple layers that are bonded to each other out of plane via weak van der Waals forces. Once different single layer 2D materials are isolated, these can be re-stacked on top of each other in different combinations and orders to create new heterostructures. Challenges remain for 2D materials to be incorporated in future devices, such as preparing large, high quality 2D materials, characterizing the properties of the 2D materials, and applying contacts to the 2D material to connect them to the rest of the device.

We use scanning probe microscopy (SPM) tools that allow for the characterization of 2D materials at the nanoscale. SPM’s are based on a nanoscale probe that is raster scanned over the surface of a sample. The interaction between probe and sample is recorded during scanning. Depending on the probe and method used, a multitude of different properties can be measured. Due to their high spatial resolution, spectroscopic abilities and surface sensitivity, SPM’s are ideal surface science techniques to characterize 2D materials.

However, SPM characterization of these layered materials is not trivial. The interaction between probe and sample can deform, damage and even exfoliate the top layers of 2D materials. We show that in the scanning tunneling microscope, the top layer can be lifted for hundreds of nanometers from the surface by the probe. This lifting behavior is caused by the applied bias voltage between tip and sample which induces an attractive electrostatic force. In the atomic force microscope the forces necessary to lift the sample can be measured.  Spring constants of 1517 N/m and 453 N/m were measured for graphite and molybdenum disulfide, respectively.

In Chapter 3, germanene growth on Ge2Pt clusters is studied by a combination of scanning probe microscopy and electron diffraction. Germanene is the germanium analogue of graphene. Germanene has the advantage over graphene in that a band-gap can be opened in germanene. This will allow germanene to be used as a field effect transistor. However, germanene does not exist in nature and has to be synthesized. One method that is proposed to grow germanene is by use of a solid-liquid-solid growth procedure. Platinum is deposited on a germanium sample. The sample is consequently heated above 1043 K, such that eutectic Ge-Pt droplets form on the surface. Upon cooling down, these droplets crystallize in two phases, Ge2Pt clusters and pure germanium. It has been proposed that some of the germanium forms a germanene layer on the outside facets of the Ge2Pt clusters. With the use of electron backscatter diffraction and scanning probe techniques, the relation between the germanium ad-layer and the cluster crystal structure has been identified. It has also been shown that the multiple phases that have been measured on the clusters can be related to the same crystal lattice.

Chapters 4 and 5 describe local contact properties of nanoscale probes to 2D materials. Metal contacts are necessarily applied to semiconducting 2D materials when incorporated in devices. The use of these contacts has been found to drastically influence the properties of the 2D materials. By use of a conductive AFM, we found that nanoscale metal-like defects are the cause of the reduced Schottky barrier height of molybdenum disulfide, which was previously not understood when measured by macroscopic contacts. The reduction of the barrier height is induced by a strong Fermi level pinning with a pinning factor of  ~0.1 at the defects. As a consequence, current is mainly injected at these defect sites.

observed when decreasing the thickness of the intercalated water from two layers to a single layer. The reversibility of the dewetting process along with its non-invasive character provides a viable alternative for fabricating devices with in situ control of the metal-semiconductor junction characteristics.