Hatem Chouchane is a PhD student in the research group Water Engineering and Management (WEM). His supervisor is prof.dr. A.Y. Hoekstra from the faculty of Engineering Technology (ET). 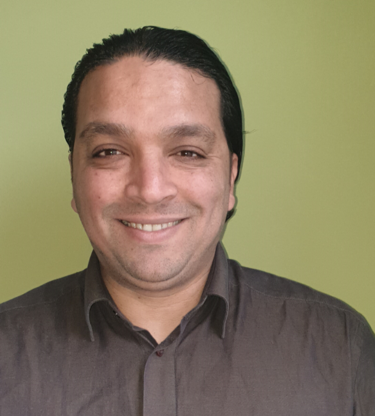 Many countries are facing severe water scarcity, which is a huge handicap for food production. Understanding water allocation and the relationship between water availability and trade could help to see how trade worsens or mitigates water scarcity and how trade contributes to global water use efficiency. The goal of this thesis is to (i) investigate the economic efficiency of water and land allocation in crop production, (ii) identify possible pathways to improve crop allocation considering comparative advantage and (iii) explore the relationship between water scarcity and crop trade. The first sub goal is approached by taking Tunisia as a case study, the second sub goal is approached by a global study and the third sub goal is approached with both one national and one global study.

Virtual water trade patterns in relation to environmental and socio-economic factors: a case study for Tunisia. This study aims to analyse the dynamics in virtual water trade of Tunisia in relation to environmental and socio-economic factors such as gross domestic product (GDP), irrigated land, precipitation, population and water scarcity. The AquaCrop model of the Food and Agriculture Organization of the United Nations was used to estimate the WF of crop production for six crops over the period 1981-2010. Net virtual water import (NVWI) is quantified at yearly basis. Regression models are used to investigate dynamics in NVWI in relation to the selected factors. It is found that: (a) NVWI during the study period for the selected crops is not influenced by blue water scarcity, (b) NVWI correlates in two alternative models to either population and precipitation (model I) or to GDP and irrigated area (model II), (c) the models are better in explaining NVWI of staple crops (wheat, barley, potatoes) than NVWI of cash crops (dates, olives, tomatoes), (d) using model I, we are able to explain both trends and inter-annual variability for rain-fed crops while model II performs better for irrigated crops and is able to explain trends significantly; no significant relation is found, however, with variables hypothesized to represent inter-annual variability.

Expected increase in staple crop imports in water-scarce countries in 2050. International food trade is mostly analysed in relation to food demand and preferences and differences in prices of land, labour and other inputs to food production, governmental subsidies and taxes and international trade agreements. Water scarcity as a driver of food trade can easily be overlooked because water prices and water scarcity are a negligible part of the prices of traded food commodities. In many countries, water scarcity is real though, even though not translated into a price. This chapter aims to study the relation between import of staple foods (including cereals, roots and tubers) and water scarcity with a long-term and global perspective. The net import of staple crops in kcal/y per capita is analysed in relation to water availability per capita for the period 1961-2010, considering five decadal averages. The relation found is used together with the low, medium and high population growth scenarios from the UN (United Nations, 2015) to project future staple crops import in water-scarce countries for the year 2050. Additionally, uncertainties related to the three population scenarios and related to the regression analysis were investigated. As a result of population growth in water-scarce countries alone, global international trade in staple crops is projected to increase by a factor of 1.4 to 1.8 towards 2050 (compared to the average in 2001-2010), in order to meet the staple food needs of the 42 most water-scarce countries in the world. Amongst others, this raises the question of where additional amounts of staple crops in the future could be sourced from, and what additional water and other environmental impacts that may have in these other countries.

Changing global cropping patterns to minimize blue water scarcity in the world’s hotspots. Previous studies on water saving through international food trade focussed either on comparing water productivities among food-trading countries or on analysing food trade in relation to national water endowments. This study, consider, for the first time, both differences in water productivities and water endowments to analyse comparative advantages of countries for different types of crop production. A linear optimization algorithm is used to find modifications in global cropping patterns that reduce blue water scarcity in the world’s hotspots, under the constraint of current global production per crop and current cropland areas. The optimization considers national water and land endowments as well as water and land productivity per country per crop. The results are used to assess national comparative advantages and disadvantages for different crops. When allowing a maximum expansion of harvested area per crop per country of 10%, the blue water scarcity in the world’s most water-scarce countries can be greatly reduced. In this case, we could achieve a reduction of the current blue water footprint of crop production in the world of 9% and a decrease of global total harvested area of 4%.

Conclusion. This research has shown that global food trade is partly influenced by water scarcity patterns. Using information on differences in water productivities and water endowment to determine where to cultivate which crops could decrease global water scarcity. At national level, some policies are still focusing on self-efficiency which is holding some water-scarce countries from mitigating their water scarcity. A WF assessment could provide a better understanding of water use efficiency of blue water resources and thus improvements of national policies. The thesis contributes to the research field of water footprint assessment and virtual water trade studies in several ways. First, the work contributes by taking the economic perspective of water and land allocation together within a WF assessment, while earlier WF studies focus on water alone and stick to a physical, non-economic perspective. Second, it presents an examination of virtual water trade patterns in relation to the internal factors of a water-scarce country. Third, it gives the first-ever study that uses an empirical correlation between virtual water import and water scarcity to forecast likely future changes in international trade given population growth and associated water scarcity increase. Finally, for the first time, this work assesses the comparative advantage and disadvantage in a global study including all main crops and many countries whereas other comparative advantage studies are mostly limited to a few crops and a few countries.

Hatem Chouchane is a PhD student in the research group Water Engineering and Management (WEM). His supervisor is prof.dr. A.Y. Hoekstra from the faculty of Engineering Technology (ET).