towards a balanced and active lifestyle

Reinoud Achterkamp is a PhD student in the department of Biomedical Signals and Systems (BSS) research group. His supervisors are  prof.dr. M.M.R. Vollenbroek-Hutten and prof.dr.ir. H.J. Hermens both from the faculty of Electrical Engineering, Mathematics and Computer Science (EWI).

The main aim of this thesis was to increase our understanding about whether it is useful to incorporate tailoring in mobile, technology-supported physical activity enhancing applications, if so, how to incorporate this, and to provide first insights in what happens on physical activity and self-efficacy levels, when overweight subjects are provided with such an application. More specific, we aim to answer the following three research questions: 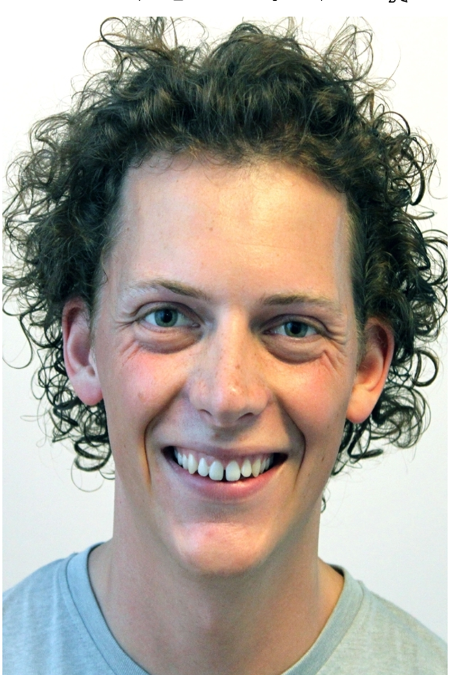 1)     What is the relation between self-efficacy, stage of change, and objectively measured level of physical activity in patients and healthy adults, and can typical users be identified?

2)     What is the effect of a feedback strategy that is delivered through technology and applies self-efficacy increasing techniques on self-efficacy and task performance?

3)     Does two-week use of a mobile, technology-supported physical activity application by overweight adults lead to changes in goal achievement, self-efficacy, or level of physical activity over a two-week period or in an interval of fifteen minutes after a feedback message has been prompted?

Chapter 1 started with a description of the central problem in this thesis; the number of overweight subjects is increasing to alarming levels. Improving level of physical activity is presented as a solution, for which a definition was presented. Interventions aimed to increase level of physical activity were discussed and showed that in overweight subject samples, the majority of the physical activity interventions are designed as face-to-face interventions, only using accelerometers to assess effectiveness of face-to-face interventions, and not as part of a stand-alone self-management intervention. Furthermore, it was found that interventions for general subject samples that did include accelerometer data and set up interventions as self-management, did not tailor feedback to constructs from behavioural sciences, which was hypothesized a flaw and an opportunity for improvement; earlier research, not using (mobile) technology, had already proven the effectiveness of tailored feedback based on construct from behavioural sciences. Finally, various behavioural change theories and constructs were presented and discussed, of which self-efficacy was identified as an important component that needs to be assessed at the start of an intervention and if necessary, be increased.

As a first step to test aspects of the developed feedback strategies in practice and with respect to RQ 2, Chapter 3 describes a laboratory setting study. The experiment was designed to test whether using feedback strategies that focus on success experience and are provided through technology can influence self-efficacy regarding a specific task, just as in non-technology-supported interventions. Subjects were asked to walk from A to B in exactly 14, 16 or 18 seconds, wearing scuba fins and a blindfold. The task guaranteed an equal level of task experience among all subjects at the start of the experiment and made it difficult for subjects to estimate their performance accurately. This allowed for manipulation of feedback and success experience through technology-supported feedback. Results showed that subjects’ self-efficacy regarding the task decreased when experiencing little success and that self-efficacy regarding the task increased when experiencing success. This effect did not transfer to level of self-efficacy regarding physical activity in general. The above lead to the conclusion that mastery experience, i.e. experiencing success, is a promising strategy to use in technology-supported interventions that aims at changing behaviour, like mobile physical activity applications.

Next to mastery experience, vicarious experience is a known effective technique in traditional, non-technology-supported interventions, to influence self-efficacy. Regarding RQ 2, Chapter 4 builds on the experiment described in Chapter 3, this time investigating whether self-efficacy regarding a specific task can be influenced through vicarious experience provided through mobile technology. Subjects were again asked to walk from A to B in exactly 14, 16, or 18 seconds, wearing scuba fins and a blindfold, but before each trial, subjects in the experimental group viewed a video on a smartphone of a subject successfully performing the task, whereas subjects in the control group did not view a video. Results showed that despite that subjects found the video helpful to perform the task, subjects’ level of self-efficacy regarding the task, as well as task performance, did not differ significantly between the two groups. However, a secondary outcome parameter did indicate a possible difference between how subjects walked forward while wearing the scuba fins; either shuffling forward, or raising their knees high up, depending on the strategy that the model in the instructional video applied.

In Chapter 7, general conclusions of the research presented in the current thesis were summarized and critically discussed. Three subsections followed, firstly describing future steps for tailoring; we concluded that self-efficacy increasing techniques should be incorporated alongside, or as part of, other known effective theories or models from behavioural sciences in modern-day physical activity applications or interventions. Two examples of such models are presented and we presented suggestions on how to incorporate these into modern day physical activity applications. Secondly, implications and recommendations for daily practice were discussed, in which it was stated that, in our opinion, blended care has most potential with respect to clinical practice in short term. However, in the long term, it is not unimaginable that these types of technology-supported systems are handed out by a healthcare professional and thereafter function as stand-alone, self-management application, with all aspects as baseline measurements, goal-setting, feedback and coaching programmed into an adaptive, learning and personalized physical activity application. Lastly, we proposed that health applications of the future not only focus on physical activity, but also take into account, biological, psychological, and social factors.

Reinoud Achterkamp is a PhD student in the department of Biomedical Signals and Systems (BSS) research group. His supervisors are  prof.dr. M.M.R. Vollenbroek-Hutten and prof.dr.ir. H.J. Hermens both from the faculty of Electrical Engineering, Mathematics and Computer Science (EWI).