Steven Bosems is a PhD-candidate in the Services, Cybersecurity and Safety researchgroup. His Supervisor is professor Roel Wieringa from the Faculty of Electrical Engineering, Mathematics and Computer Science. 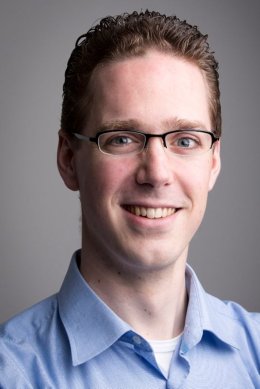 In recent years, we have witnessed an increase in the capabilities of smart phones. Not only are these portable communication devices becoming increasingly powerful, they are equipped with a growing number of sensors that allow them to measure the properties of the world around them. Applications running on these smart phones can benefit from these sensors if developers chose to make them context-aware. However, applications that are built to operate in a wide variety of situations have to be able to cope with and respond to any combination of measured context factors. Anticipation of these different contexts at design time is challenging. For certain domains the requirement for the application to behave as exactly as anticipated at design time is key. One such domain is that of well-being. Problems predicting the run-time context may cause the application to behave in other ways than intended.

Current research efforts primarily focus on adding features to traditional software development methods to deal with the complexity of the domain of context-awareness. They aim to define a full set of requirements and design an application that is to satisfy these requirements. Furthermore, there are research directions that are targeted at solving the technological problems of context-awareness, without dealing with the user-centric elements needed for well-being systems.

In our view, the field of well-being consists of variables and relations between them. To ease the documentation of the variables that the context relevant to the well-being application is made up of, we have designed a domain specific modeling language. In addition to variables, the models created in this language capture variable properties, such as their dimension and their normal range, and causal relations between them, modeling what happens to variable values if one variable in the context is increased or decreased. The modeling language is called the Dynamic Well-being Domain Model language and was developed to be user centric, allowing developers to model the objective well-being context of the user. Although it was designed with the well-being domain in mind, it can also be used in other domains where context variables play an important role.

The contributions of this dissertation are threefold. Firstly, we present a reference model for the well-being domain, relating physical and mental well-being. This model was validated by experts from both fields. We discuss how this model was created. Secondly, we describe a model-driven process for the creation of context-aware well-being systems. This process uses models of the well-being context as an input, and is partially automated using model transformations. Finally, we describe a structured analysis method that can be used to predict the behavior of context-aware systems based on their domain models. This prediction can be made at design time, allowing designers to evaluate the utility of the application based on the model, and preventing run-time problems. This method was validated by analyzing three context-aware well-being applications.

We find that the Dynamic Well-being Domain Model language can be understood by domain and technology experts alike. Its usage in a model-driven development process was deemed useful, and the ability to reason over future contexts was found to be both powerful and reliable for the cases used in the validation.

Steven Bosems is a PhD-candidate in the Services, Cybersecurity and Safety researchgroup. His Supervisor is professor Roel Wieringa from the Faculty of Electrical Engineering, Mathematics and Computer Science.