For the fourth time in a row, the University of Twente has been named 'Most entrepreneurial university in the Netherlands' by ScienceWorks. The title underlines the pioneering nature of the university and demonstrates the innovative power of the Twente system and the region. The Novel-T team provides researchers and students on behalf of the University of Twente with all the support and tools to bring groundbreaking research results and promising business cases to the market.

The title in four numbers

Why is it that Twente does so well in translating scientific research into economically viable activity? For that we have to delve deeper into the matter. For its assessment, ScienceWorks looked at the scores of the universities on four themes:

So far the indicators on which the University of Twente scores well compared to the thirteen other universities. The big question remains: why?

It is evident that a successful business requires a good plan. In Twente we succeed very well in translating scientific results into economic opportunities. And that is not just something of the last years; we have been doing this for decades. About 35 years ago, then rector magnificus Prof. dr. Dr. Harry van den Kroonenberg was a real pioneer in that area. He stood at the cradle of the entrepreneurial university concept.

Since then, many dozens of spin-offs were born. Moreover, with Novel-T - a combination of forces from regional governments, Saxion and the University of Twente - pioneering and entrepreneurial scientists can count on expert advice on their side. The advisers at Novel-T take a critical look at the development of new business plans, offer coaching to allow starting entrepreneurs to develop their business skills and think along about the next steps in realising a successful business. The many years of experience help to understand exactly what the needs of a starting entrepreneur are and to assess and advise on which approach is and is not promising.

2. A solid financial base

With an empty bank account it is hard to do business, even if you have a brilliant idea. Starting companies usually fail to earn income from sales from the first moment. Simply because the idea needs to be further developed into a mature product.

The University of Twente and Novel-T are actively participating in pre-seed and seed funds, precisely intended to provide financing for the early phases of a company. The investments are still relatively small at that time, as it concerns product development, market research, setting up business activities or legal issues such as safeguarding intellectual property rights.

3. A florating ecosystem as a fundament

Anyone who will make a tour through Twente will undoubtedly be impressed by the large amount of knowledge-intensive activity. Not only at the Kennispark around the University of Twente, but also at Technology Base in Enschede, High Tech Systems Park in Hengelo and XL Business Park in Almelo.

The industry in Twente exudes entrepreneurship and that also applies to the university. During their studies, students are already given the opportunity to smell the possibilities and are challenged to come up with ideas themselves with initiatives such as the Entrepreneurial Challenge. Incubase recently opened its doors on the campus of the University of Twente, to further lower the threshold for enterprising students. Successful entrepreneurs are put in the spotlight with the Van den Kroonenberg prize and NIKOS is closely involved as an academic center in developing an answer to the question of how you can best support knowledge-intensive entrepreneurship. That also provides new insights to maintain the Twente innovation ecosystem as effectively as possible.

For many years enterprising scientists and students from Twente have shown how successful you can be in setting up your own company based on an innovative idea. By doing so, they encourage and inspire others to choose a similar path.

When it comes to young innovative companies, the terms spin-offs and startups are often used. But what do they mean? Aren't they just two terms for the same?

Well, spin-offs are new innovative companies that stem directly from scientific research. It can be innovative in various ways; because of the use of a new production technology, a new material, a new field application or perhaps also a combination of several. Sometimes a patent is established, but that is not always necessary.

We call a company a startup, when it is newly established company by, for example, a student or researcher. The business plan is not necessarily based on scientific research. Well-known Twente startups are Thuisbezorgd.nl and Booking.com (although you may say that they have now passed the startup phase). The technology they use is not necessarily scientifically groundbreaking, but they have developed an economically viable business model on which their company can flourish. In fact, in the cases of Takeaway.com and Booking.com, their business idea has even put the market in which they operate upside down. 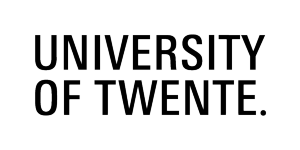