Aircraft noise is an irritating source of ambient noise and a significant cause of stress for local residents and animals in the vicinity of airports. Reducing aircraft noise is a major social issue in the Netherlands, as evidenced by the discussions on the permitted number of flight movements at Schiphol. A solution for reducing aircraft noise is to develop and validate noise reduction technologies. Marijn Sanders and Julian Biesheuvel of the University of Twente recently got PhDs for research into quieter aircraft.

The main focus of ‘Silent Approach’ – the project for lower noise aircraft – was the noise caused in the landing configuration. At that moment, a significant part of the noise arises from the airflow around and interacting with specific parts of the aircraft such as the high lift devices – the slats on the front of the wings and the flaps on the rear of the wings. To achieve lower noise aircraft, attention needs to be paid to these parts when developing and using new technology. “Noise measurements on scale models in wind tunnels play an essential role in this”, says Marijn Sanders.

BENEFITS OF RESEARCH IN WIND TUNNEL

“This type of measurement in a wind tunnel is more cost-efficient than measurements on a life-size configuration. Wind tunnel tests on scale models provide researchers and aircraft manufacturers with valuable physics-based data. That data then validates analytical and semi-analytical noise prediction models. This enables predictions to be made of aircraft noise in full scale in ‘free flight’. In addition, the data enlarges existing databases, enabling new designs.”

Taking measurements of aircraft in flight is expensive and complicated. It is very hard to determine how much each part of the aircraft is contributing to the measured noise. Moreover, it is not possible to control the conditions. Aeroacoustic measurements in wind tunnels offer an alternative but are subject to considerable measurement uncertainty. Validation of the results by means such as comparing the measurements of researchers and engineers at institutes with different wind tunnels is difficult. It is uncertain how reliably the results can be converted to the real-life situation.

The unreliability is due mainly to: (1) a lack of information on the extent to which the wind tunnel configuration used (size and type of test section) influences the aeroacoustic measurements and (2) the lack of a general framework for correcting aeroacoustic measurements in accordance with a standard free-field condition. The research of Marijn Sanders that was carried out in the silent wind tunnel of UT focused on identifying and reducing the systematic errors related to the type of test section of the wind tunnel.

Julian Biesheuvel did his research at the Royal Netherlands Aerospace Centre (NLR) in Marknesse. The large industrial wind tunnels of German-Dutch Wind Tunnels (DNW) are located on the same site. Julian’s research focused on the specific problems that arise when making a precise localisation of noise sources on a model in a large wind tunnel with an open test section. He conducted research in DNW’s LLF wind tunnel to examine how the sound propagates from the model through the wind tunnel to the microphone arrays situated outside the perimeter of the wind tunnel test section. 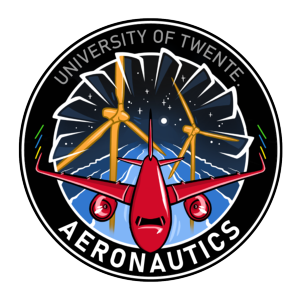 The effects make it hard to determine precisely from the noise measured by the microphones where the source is located on the model. Noise corrections for these types of effects are crucial when using acoustic wind tunnel measurements. The wind tunnel measurements and analyses made by Marijn Sanders and Julian Biesheuvel have provided important information. It is now possible to make a better prediction of the sources of aircraft noise. This applies also to drones (UAV) and the new generation of more sustainable aircraft that are being developed with technology such as electric propulsion. The results are also important in terms of predicting noise from wind turbines. The measurement data obtained has facilitated the development of various correction methods that contribute towards making big wind tunnel test campaigns more efficient.

This research was conducted within the framework of the TKI HTSM project ‘Silent Approach’ by a consortium comprising UT, the Royal Netherlands Aerospace Centre (NLR), German-Dutch Wind Tunnels (DNW) and aircraft manufacturer Embraer. The project at UT was carried out in the chair of Engineering Fluid Dynamics of Prof. Kees Venner under the leadership of Dr Leandro de Santana and Marthijn Tuinstra MSc (NLR).