As 2022 draws to a close, we would like to share with you some highlights, new journeys, and achievements from our DesignLab community and University of Twente at large.

In 2021, DesignLab established a seed grant with an aim of supporting its network of Research Fellows in the development of new research ideas and initiatives. Projects that come into consideration encompass all kind of ideas and initiatives that have a link with the focus areas of DesignLab: Citizen Science, Transdisciplinary Working and Responsible Futuring, to create societal impact. 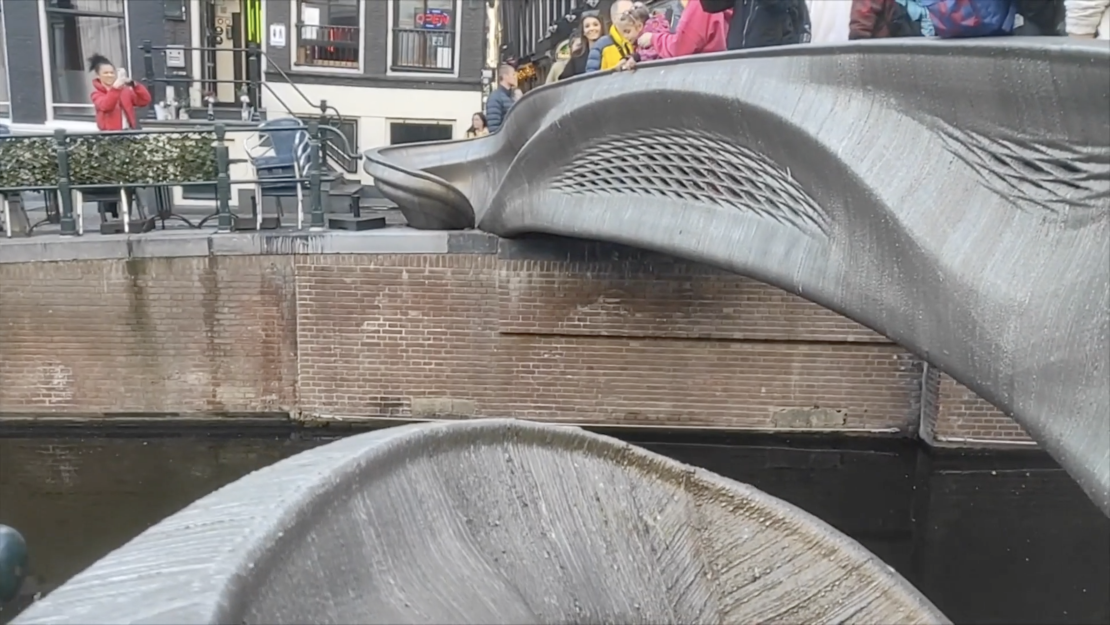 Since the beginning of this year, Lisa Mandemaker has been expanding her research on campus as a designer-in-residence at DesignLab. She collaborated with scientists from the Gravitation Programme wherein the starting point of the artificial womb was socially disruptive technology. Together with philosophers (including Julia Hermann) from the Gravitation Programme Ethics of Socially Disruptive Technologies (ESDiT), Lisa researched the ethical and social issues surrounding the potential indication of such technology with various parties.

This collaborative process culminated into an installation at Dutch Design Week titled, 'Monuments for Future M/Otherhood.' The installation explores alternative future reproductive scenarios and family ties. Questioning whether we can think beyond our biological lineages.  If you missed it, you may visit it at DesignLab! You may also listen to her interview with DesignLab Brew podcast here to learn more about her research process. 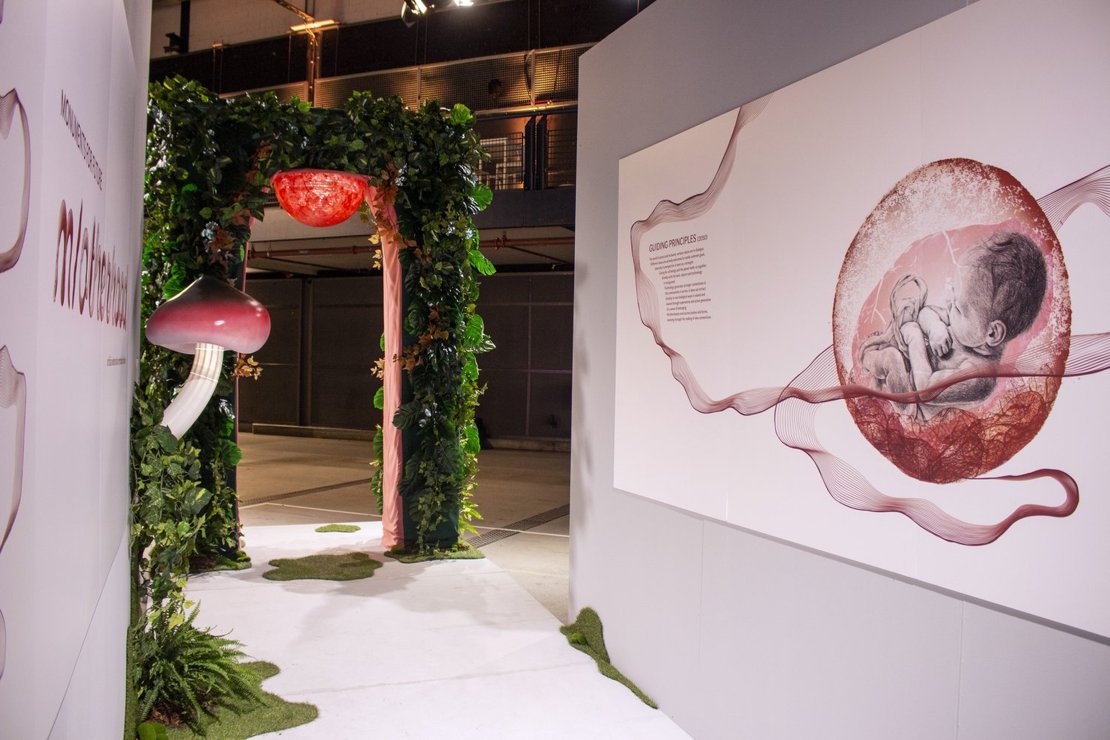 In June, DesignLab hosted a four-day Masterclass on Responsible Futuring with Apeldoorn Leergang, a cooperation between Achmea, Belastingdienst and the Uuniversity of Twente.  The Masterclass was led by  Responsible Futuring moderator Maartje Huinink and DesignLab researcher Julieta Matos Castaño. There was also an exhibition created by Concept Developer, Jamila Blokzijl.
Learn more about this workshop here or watch the video recap below.

The Master-insert 'Shaping Responsible Futures' of the University of Twente won the Dutch Higher Education Award. The team received the distinguished Prize accompanied by a sum of EUR 1.2 million for educational innovation which was awarded by Minister Robbert Dijkgraaf. This study is an additional programme for master's students to learn how to integrate transdisciplinary working outside their regular academic trajectory. The focus is always on a topical and complex societal relevant issue. The Master-Insert was initiated by DesignLab and the Faculty of Engineering Technology of the University of Twente. 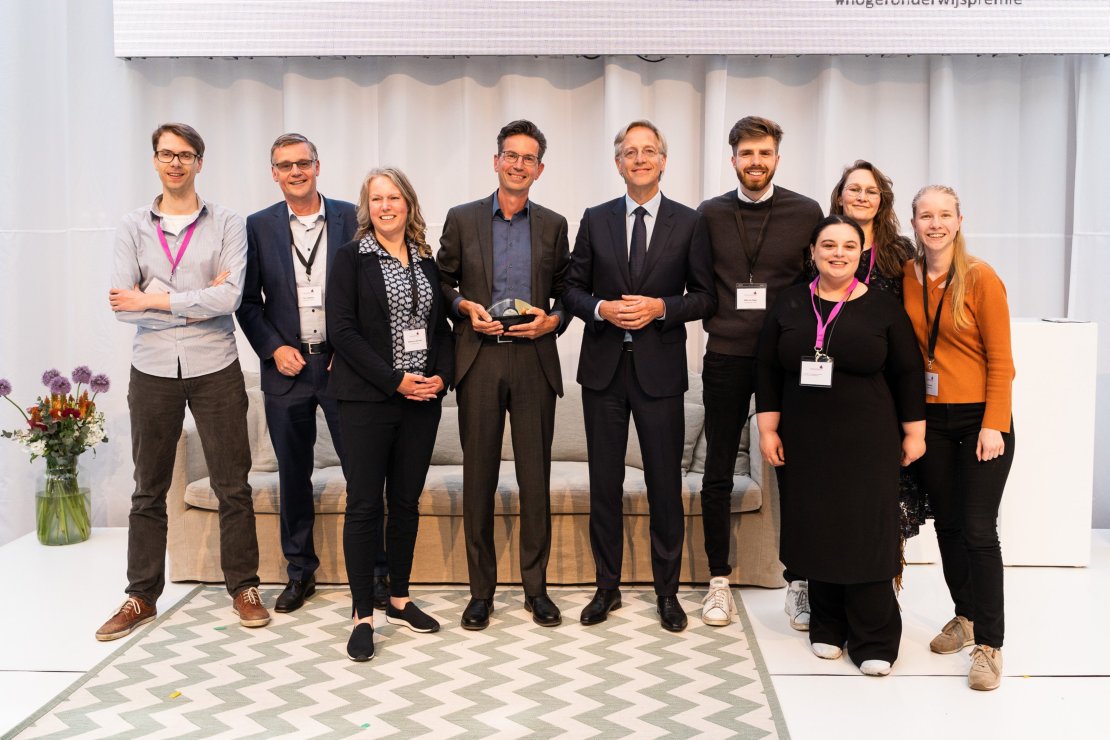 In 2020, Miriam Iliohan and three other faculty members of Stanford University’s Hasso Plattner Institute of Design (d.school) created the Faculty Innovation Fellows program. In this two-year program, educators from across the globe work to design unique projects that enhance the innovation ecosystems at their schools and help students gain vital real-world skills and mindsets.
During the University Innovation Fellows (UIF) program’s March 2022 Silicon Valley Meetup, the members of this first cohort were named official Faculty Innovation Fellows, thanks to Miriam's guidance and leadership. Miriam is currently coaching international members of the second and third cohorts together with colleagues Nick Swayne, Ilya Avdeev and Mary Raber. 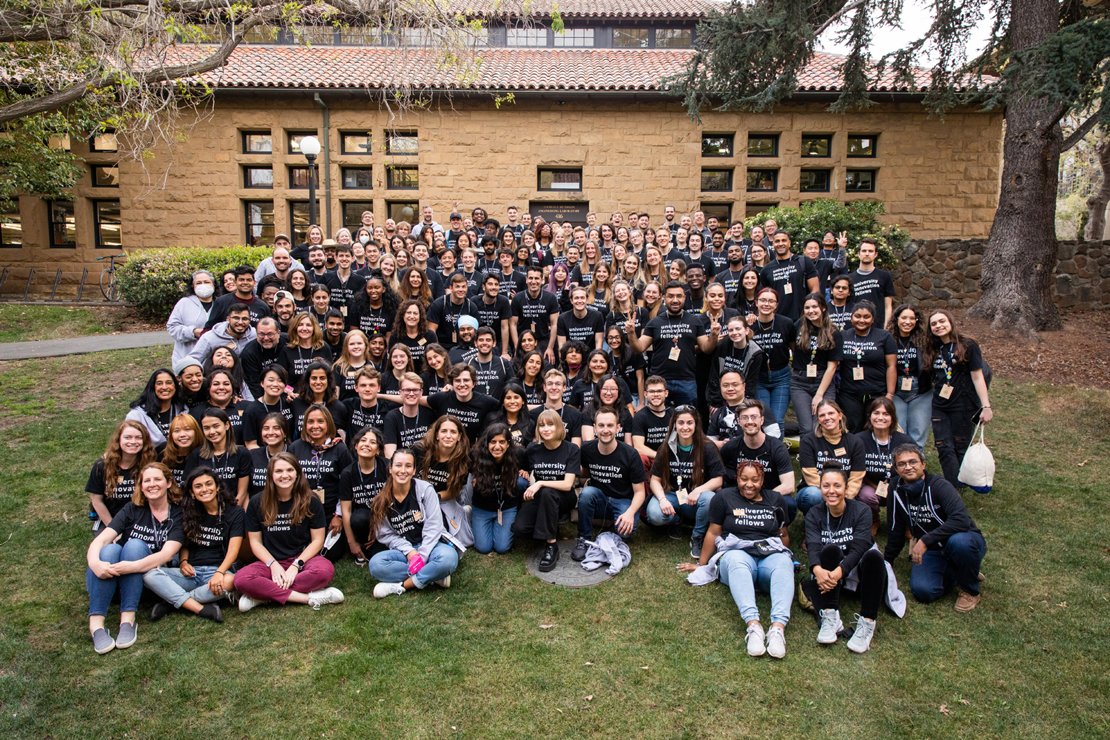 In this project, ActiZ, the branch association of healthcare organizations collaborated with University of Twente and ANBO to enable elderly people reflect on how technology can sustain their independence and livelihoods. Read more about it here. 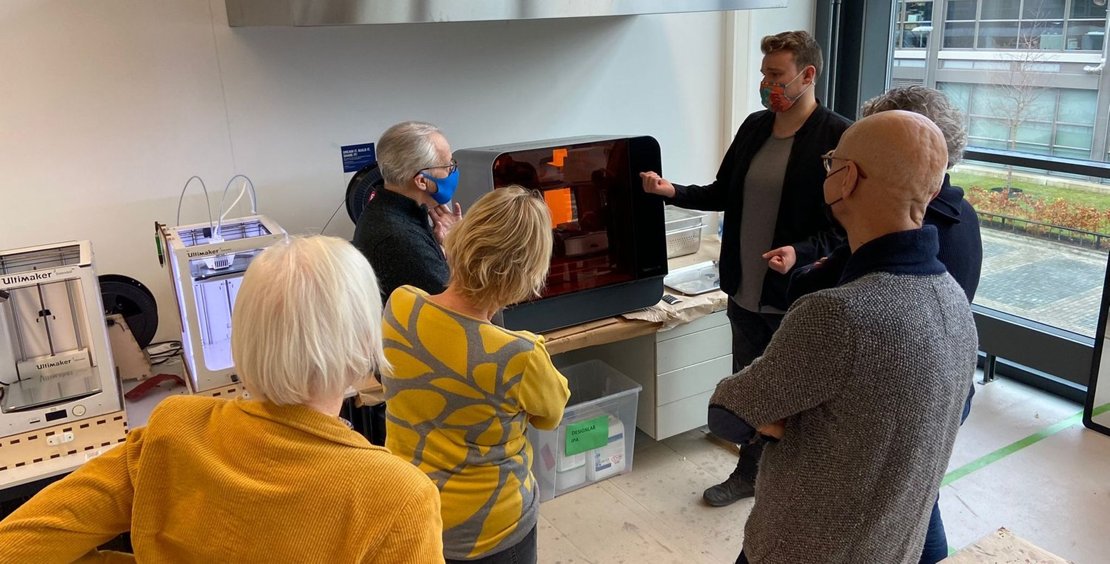 DesignLab has several workshops that students and staff can use to materialize their ideas or learn new skills. Our newest addition to the mworkshop, dworkshop and eworkshop is the tworkshop. This is a textile workspace equipped with tools and materials required for prototyping textile products and wearable technology. 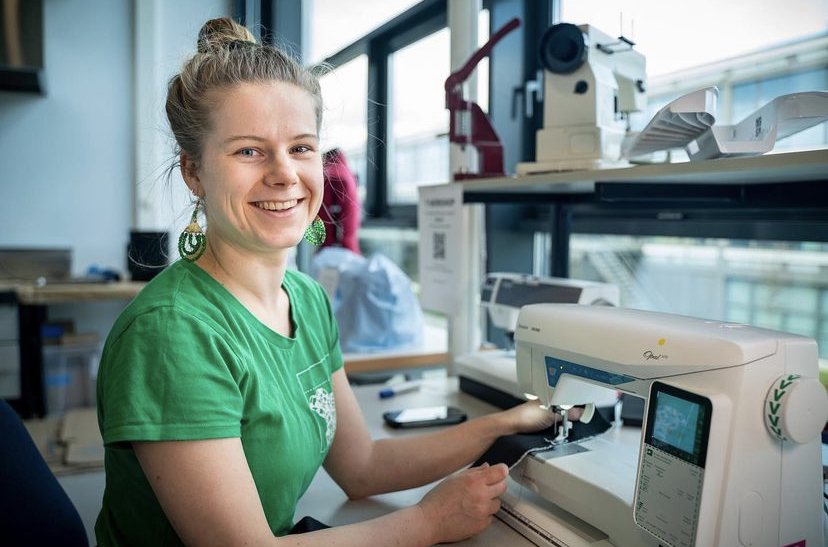 Due to new technological developments, the value of autonomous systems is becoming increasingly interesting for the National Police. These systems can be used to perform heavy and/or dangerous tasks. The National Police divided several tasks to universities and other partners, with the aim of creating a community, which can collaborate and share knowledge.

DesignLab accepted one of their challenges, aimed at using robots in situations that might be dangerous for the human workforce. To solve this task, a team of students, part of the DreamTeam, was assembled. During a six-week sprint, they worked on developing a solution for sensor placement using robots. They did this by getting in contact with various experts from the University of Twente, with fields of expertise ranging from ethics to engineering, following the Responsible Futuring approach. 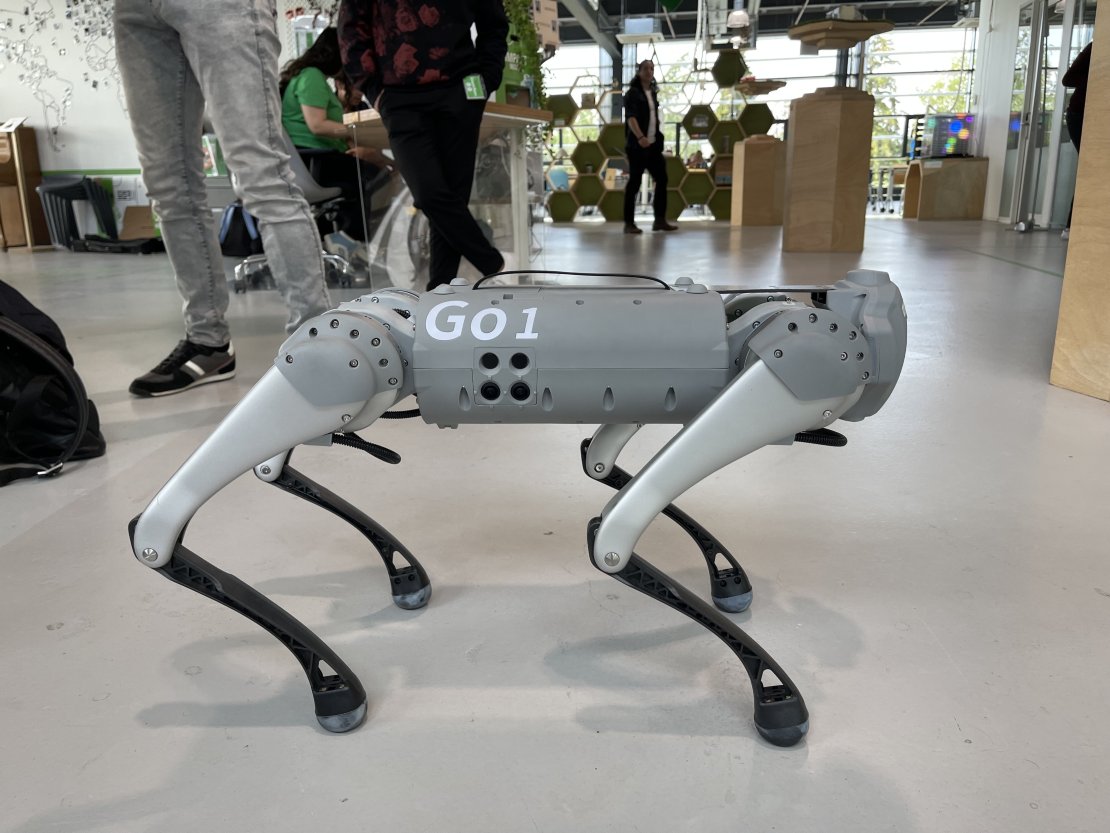 In September, Senior researcher, Karolina La Fors moderated a panel discussion with children, scientists and researchers at Stadkamer Zwolle about the importance of nurturing transdiciplarinity and facilitating co-creational spaces in AI processes of development. ELSALab, AI4YOUTH has recently received an NL AIC Label –a formal recognition from Nederlandse AI Coallitie (the Netherlands AI coalition) for their impact in research, education and innovation in AI.

After 34 years at University of Twente, co-founder of DesignLab, Peter-Paul Verbeek was appointed to become the new Rector Magnificus of the University of Amsterdam. He bade farewell to the UT community with a symposium at DesignLab. Listen to Peter-Paul’s conversation with DesignLab Brew podcast members: Twan Wildeboer and Riki Ogawa here. 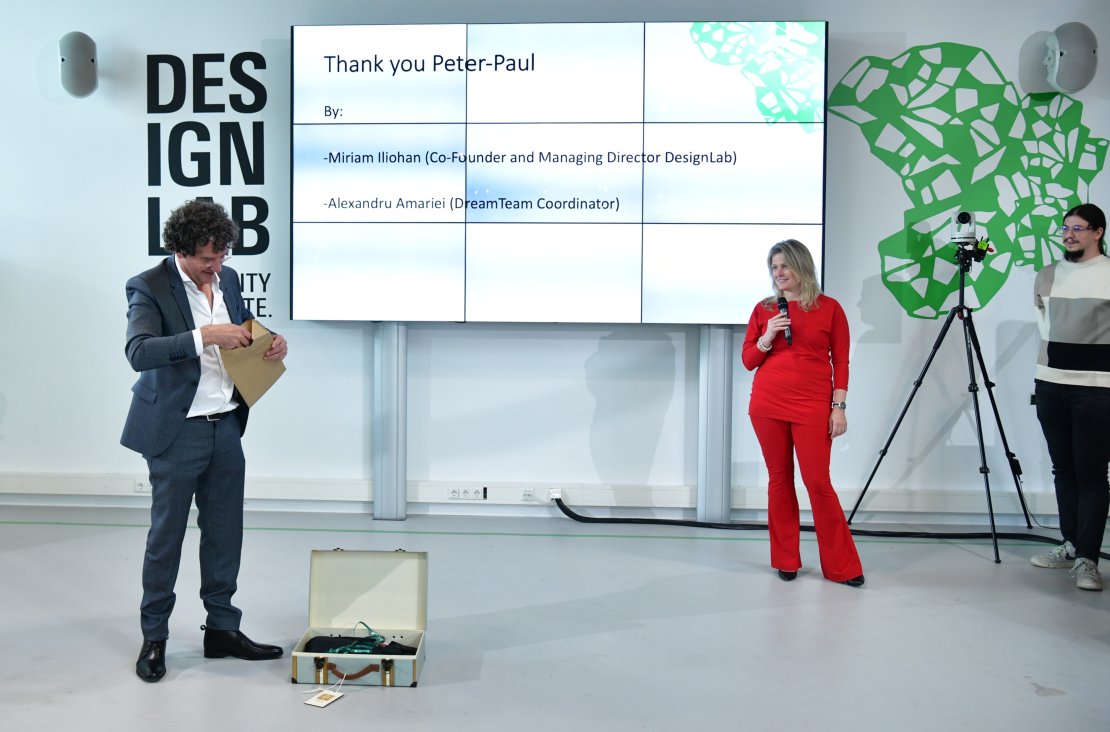 Every year in October, Dutch Design Week (DDW) takes place in Eindhoven, the Netherlands. DDW is the biggest design event in Northern Europe, where thousands of designers from all over the globe present their work and ideas. This year, from the 22nd until the 30th of October, University of Twente took part in lectures, workshops, an exhibition and other activities in three programmes: Transitions by Design United, Embassy of Health and DRIVE festival. Every programme had its own format of presentation, connecting to the overall DDW theme: 'Get Set'.

DEI4EAI (Diversity, Equity and Inclusion for Embodied AI), which is led by UT researcher Cristina Zaga, who is an assistant professor in the Human-Centred Design Group of the ET Faculty and is affiliated with UT’s DesignLab, is a research collective that focuses on the development, evaluation and policy of embodied AI and that fosters a diverse and inclusive culture. The collective uses a transdisciplinary approach, transcending the disciplines and cooperating with all the relevant stakeholders to define a desirable future.

There are so many more ongoing projects we are equally proud of and we hope you will continue riding along with us, on this journey to co-shape the futures we want to live in next year!