February 24 till February 28, CSTM hosted an international student camp, organized in cooperation with the TU Graz and eseia. The student camp is one of the innovative educational formats tested in the eseia BioEnergyTrain (BET) project. The project ended last year, but the University of Twente and the TU Graz, core academic partners in the BET project, decided to continue the student camps, because of their productivity and success. The student camp follows the student centered or challenge based learning format.

Under the supervision of Wolfgang Bauer (TU Graz) and Maarten Arentsen (UTwente)18 students from Germany, Austria, Romania, Turkey, Indonesia and Ireland worked in teams on three different real life challenges of organisations in the region of Twente in the Netherlands.

The venue of the student camp was the Designlab at the campus of the University of Twente, a vibrant location for creativity and innovative ideas. The program had two excursions (soccer stadium and Twence company) and a joint diner on Wednesday. On Friday students presented their findings, which were received with great enthusiasm by the three clients of the challenges. Students and staff went home with smiling faces. It was a great week. 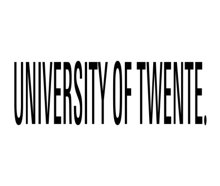