Scientists at the University of Twente have developed a new technique to effectively trap soundwaves and light, using multilayer silicon nitride waveguides. The research project successfully proved that manipulating light with sound in large-scale circuits is viable and compatible with current production methods. Their paper was published in Science Advances magazine on 7 October 2022.

In recent decades, chips and electronic devices have become exponentially smaller and faster. We have nearly reached the limits of ‘traditional’ electronics and are now in the process of transitioning from electronics to photonics; using light instead of electrons. At this scale, all kinds of new challenges arise. For example, the smallest interferences or quantum effects can distort signals and render them unusable. Now, a research team from the University of Twente have added a new solution to the ‘photonic toolbox’.

The filtering, amplifying and processing of optical signals is essential in the development of new telecommunication techniques, quantum optics and sensors. One pathway to do this effectively is by using a coherent optomechanical interaction technique called stimulated Brillouin scattering. In this technique, two finely tuned lasers generate a soundwave with frequencies 1 million times higher than the human hearing threshold and trap it in a waveguide. Light sent through the waveguide interacts with the soundwave which will reflect a very small and specific part of the light spectrum; effectively filtering the signal. 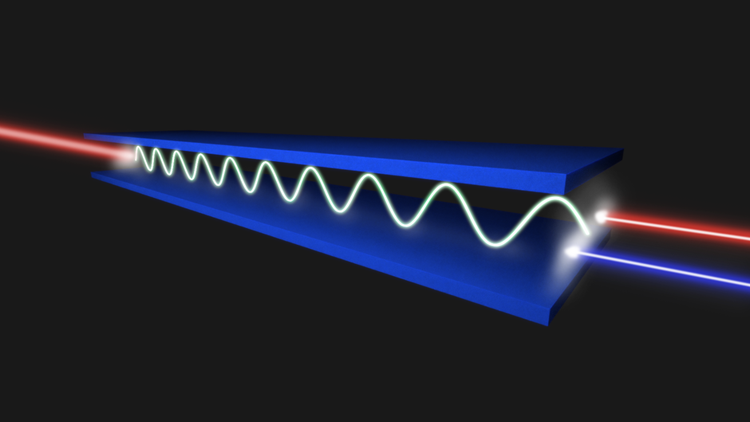 Image 1: 3D illustration of the concept of trapping light and soundwaves in multilayer silicon nitride waveguides

“Even though Brillouin scattering has been studied extensively in the last few years, it could never be implemented reliably on a chip suitable for use in our daily lives”, tells Prof David Marpaung, professor leading the Nonlinear Nanophotonics research group. “Trapping the soundwave in a waveguide long enough to be effective, has proven to be very difficult. ‘Acoustic leakage’ is a big problem in traditional silicon-based platforms preventing strong Brillouin interactions. And alternative materials are often unstable, fragile, or even toxic.”

The research team at the University of Twente has used low-loss multilayer silicon nitride (Si3N4) nanophotonic circuits to confine both the optical and the acoustic waves. These circuits consist of 50 cm-long spiral waveguides. This setup traps the soundwave and prevents the acoustic leakage that occurs when using a single silicon nitride core. Besides promising results in their experimental setup, the researchers produced a working proof of concept and other practical implementations. Roel Botter, first author of the paper: “We demonstrated an RF cancellation notch filter, and the results show great potential for future stimulated Brillouin scattering on a silicon nitride chip.” 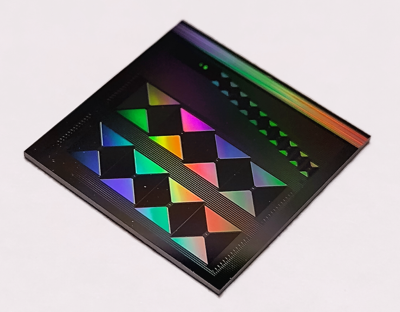 Marpaung adds: “Our research makes integration of stimulated Brillouin scattering in large circuits possible. These new chips can be integrated with other emerging technologies such as tunable lasers, frequency combs, and programmable photonic circuits, potentially giving them a part in the future development of fields ranging from telecommunications to quantum computing.”

The research paper published on 7 October in Science Advances magazine, is the result of a 4-year study on the feasibility of stimulated Brillouin scattering in silicon nitride photonic circuits. The research took place at the MESA+ institute at the University of Twente, in collaboration with Dr Yang Liu, scientist at the Laboratory of Photonics and Quantum Measurements at EPFL in Switzerland. The silicon nitride chips are produced by LioniX International, a spin-off of the University of Twente, and an indispensable partner in the research process.