Dr. Andries D. van der Meer is a Tenure Track Assistant Professor at the Faculty of Science and Technology of the University of Twente, The Netherlands. He leads the research theme ‘Organs-on-Chips’ in the Applied Stem Cell Technologies group of the Bioengineering Technologies cluster, supervising multiple PhD candidates and coordinating various research projects in the domain of organ-on-chip technology.

Organs-on-chips are microengineered ‘mini-organs’ based on the culture of complex human tissues in well-controlled environments inside microfluidic ‘chips’. Organs-on-chips are used for studying human diseases and for testing of therapeutic drug candidates, and are considered an important technological innovation in animal-free research. 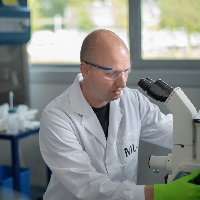 Van der Meer is an international expert in the integration of blood vessels in organs-on-chips. Since more than 25% of all deaths worldwide have a direct vascular cause, researchers and drug companies are strongly interested in his micro-engineered models of the vasculature. For Van der Meer, however, there is also a deeper motivation to focus on blood vessel engineering: the integration of blood vessels in organs-on-chips is paramount to enable the linking of multiple organs-on-chips into ‘body-on-chip’ systems. “I strongly believe that in the not-so-far future we will be able to build living microsystems that are truly reflections of ourselves in the sense of genetics, embryonic development, self-sustaining bodily functions, disease and even ageing.”

The development of organs-on-chips depends on the integration of biomaterials, human stem cells, microfluidic systems and biosensors, and therefore is a truly transdisciplinary enterprise rooted in physics, chemistry and biology. In addition, organs-on-chips are applied in disease modeling and drug development, thereby requiring organ-on-chip engineers to be at least familiar with concepts of biomedical and pharmaceutical science.

The multidisciplinary nature of the field is also reflected in Van der Meer’s education and research training. He has a Bachelor’s degree in Biology, a Master’s degree in Medical Biology, and carried out the research for his PhD at the University of Twente in the department of Polymer Chemistry and Biomaterials in collaboration with the department of Physics of Complex Fluids and the local hospital. For Van der Meer, this connection with various fields is a constant factor in his professional career: “I am genuinely excited to work with people from completely different backgrounds and learn about their scientific language, motivation and way of thinking.”

Van der Meer is a teacher in the Bachelor’s and Master’s programs of Biomedical Engineering and Technical Medicine at the University of Twente. He teaches courses related to cell biology and bioengineering, and focuses on giving students challenging projects that require them to combine knowledge and skills from multiple disciplines to work towards a solution. “The multidisciplinary biomedical programs can be a struggle for some students, because they are often reminded that they will never be as knowledgeable within a specific discipline as students who receive a monodisciplinary training. It’s my personal mission to make students in these programs realise that they will become unique scientists and professionals, and that they should take pride in this. For this, it is instrumental to give them interdisciplinary challenges to tackle.”

Dr. Van der Meer has been affiliated with the University of Twente as an Assistant Professor since 2015. The two years before that, he worked as a Senior Research Fellow at Harvard Medical School and the Wyss Institute for Biologically Inspired Engineering of Harvard University, Cambridge, MA, USA. He actively developed organ-on-chip models of the blood-brain barrier and the alveolus for the Defense Advanced Research Projects Agency (DARPA) Microphysiological Systems program and coordinated a collaborative project between the Wyss Institute organ-on-chip start-up company Emulate, Inc. and Janssen Pharmaceuticals. Before joining Harvard University, he was a Post-Doctoral Fellow at Prof. Albert van den Berg’s BIOS/Lab-on-a-Chip group of the University of Twente, The Netherlands. During that time, he also served as an Assistant Coordinator for the project ‘Beyond Borders: Organs-on-Chips’ of the Dutch Royal Academy (KNAW). This project led to the founding of the Dutch Human Organ and Disease Model Technologies (hDMT) Organ-on-Chip consortium, for which Dr Van der Meer is his university’s representative. 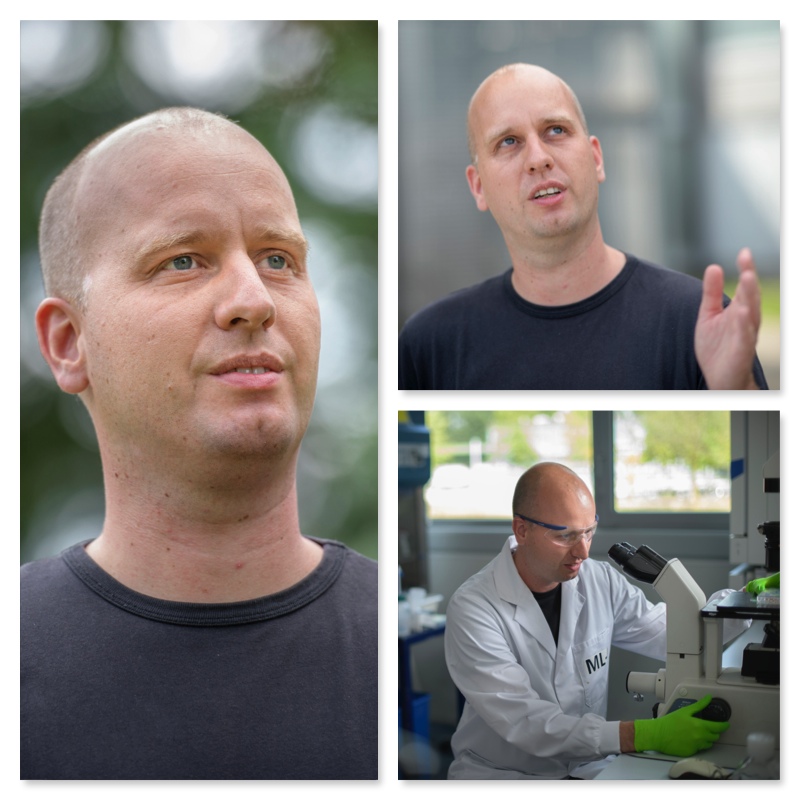 These press photos may be published without copyright restrictions.