Drone images for a better life in slums

What is the best location for a hospital? Where should new roads be built? Caroline Gevaert hopes to answer these questions by using drone images and 3D models. The ultimate goal: a better life in the slums of Africa, South America and Asia. The value of satellite images became clear to Gevaert when she was involved in a water management project in Bolivia in 2014. The images helped to get local residents onboard for a water management plan that aimed to prevent flooding. “That experience sparked my interest in GIS (Geo-Information Science), and after that, I wanted to know more about it. I found out that in the tropics satellite images were not always available for free, also because it is usually cloudy there. That is very frustrating for researchers. Drones can solve the problem, because they are able to map even the hard-to-reach areas like slums.”

Drone images are crucial to improving life in slums, Gevaert believes. “We know virtually nothing about slums because they are built so informally. There’s no planning, they’re difficult to enter, and when you are in the area it's hard to find your way. Drones bring out a lot of information. Each pixel of a drone image represents 4 centimetres on the ground. You can literally see the laundry hanging behind a house or the fences in the garden.”

During her research in Kigali, Rwanda, Gevaert also studied the use of algorithms and artificial intelligence for automatic mapping. In so doing, buildings, trees, streets, and objects can be identified faster and better. This information helps city planners design new infrastructure and involve residents in the process. Gevaert: “They can discuss together how and where facilities can best be realized. Better communication ensures greater support for the plans.”

The authorities in Kigali are currently using drone images and the accompanying 3D models to build new infrastructure (roads, water, electricity) in the slums of the capital. The improvements should ensure that these parts of the city are more easily accessible for ambulances or garbage trucks, for example.

The Veni grant awarded in 2020 enables Gevaert to do more research on better algorithms and artificial intelligence in interpreting geo-information (drone images) in developing countries. “It can be of great importance for sustainable development. Social services and emergency response for example depend on the number of people living there, the buildings and the infrastructure. In slums it's hard to make a reliable estimation because algorithms are based on data from Europe or America. I hope that policymakers in developing countries can make better decisions in future, thanks to better use of artificial intelligence and more accurate information."

Although her VENI research requires a lot of attention, Caroline Gevaert likes to make time for supervising students. “The nice thing about that is that there are so many different aspects involved. It's about the technical side: what does a thesis need? But the academic skills are also important, such as critical thinking and literature research. Perhaps the most enjoyable is the personal aspect. Every student is different, especially with so many different cultures like ITC has. It might be an advantage that I have lived and worked in many different countries myself. The question is always: how can I guide a student optimally for the best result? Sometimes I must put the brakes on, at other times someone needs encouragement. It's great to see how a student develops."

Gevaert did her PhD research on the use of drone imagery and artificial intelligence for slums in Africa. She received the NCG J.M. Tienstra Research Prize for the best PhD in Geoinformatics in the Netherlands. She is assistant professor in the Department of Earth Observation Science in the ITC Faculty. She has been awarded a VENI grant of 250,000 euros for research on responsible and practical artificial intelligence with geodata in slums. Gevaert is also a GIS consultant for World Bank projects. In 2021, she was selected for the New Scientist top 15 Science Talents of Belgium and the Netherlands. 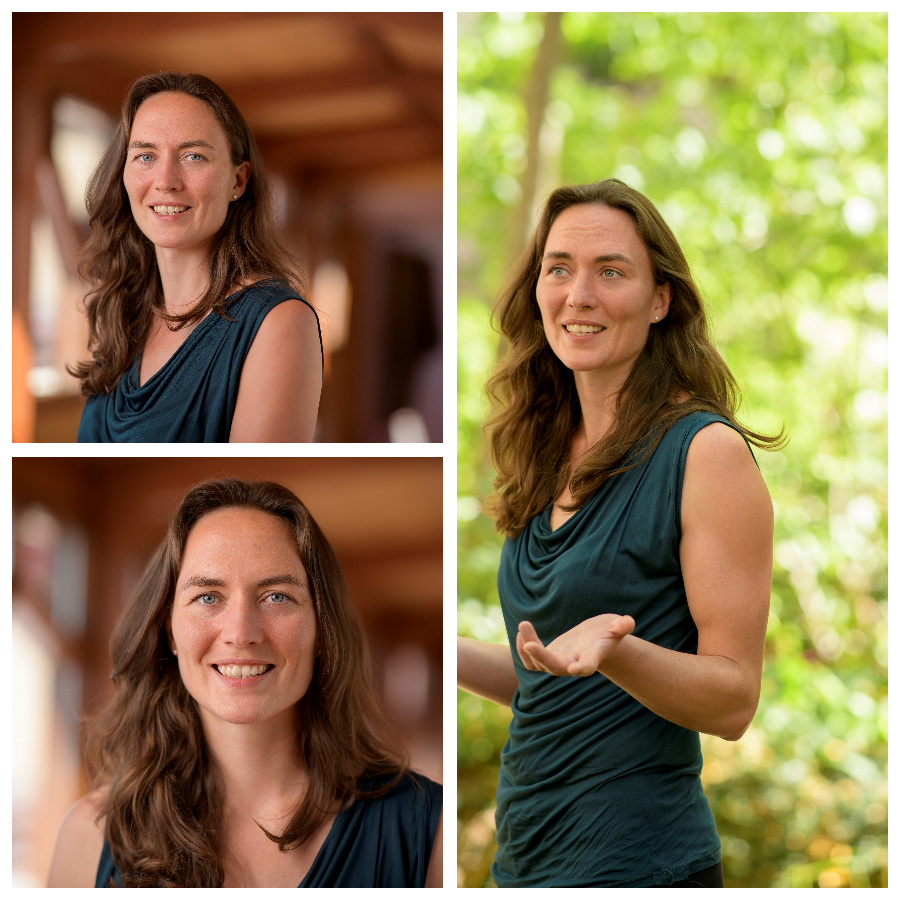 These persfoto's can be used with no copyright restrictions.