Adapting to the risks of climate change

Climate change is taking place faster than scientists expected. It makes Maarten van Aalst's research more urgent than ever: increasing our resilience to extreme weather situations. “We need to adapt to the changing risks,” he says.

Bangladesh was frequently in the news in the 1970s when typhoons caused major flooding and killed hundreds of thousands of people. In 2020, supertyphoon Amphan ‘only’ killed 124. The reason is the effective massive evacuations.

“The system from early warning to early action has to be complete,” says Van Aalst. “In Bangladesh, you can find shelters everywhere now, buildings where people can hide in case of emergencies. The early warning-early action system is in the capillaries of society. Local Red Cross Crescent volunteers warn of heavy storms and/or flooding, and the population responds well to the warnings. It’s crucial to know how to reach people with reliable information. In addition to saving lives, we now also try to prevent impacts on livelihoods. It is much more effective to support a farmer in advance of the floods to help in saving a cow, his source of livelihood than to see him and his family lose the cow and be dependent on humanitarian aid afterwards.”

Bangladesh is a textbook example of how humans are successfully adapting to the changing climate, even under difficult circumstances. But there is still work to be done for Van Aalst and his fellow researchers, in Bangladesh but also elsewhere, and particularly on the rising risk of heatwaves. In the Netherlands, for example, at least 400 people died from the effects of heat in the summer of 2020. “When the weather service issues a heat alert, it's often not taken seriously. We are not used to adjusting our behaviour to high temperatures, as is the case in southern Europe. As a result, many people die from dehydration, especially among vulnerable groups such as the elderly. If we want to do something about this, awareness will have to increase. And we will also have to map out the situation better. In the Netherlands, we see the excess deaths during a heatwave in daily mortality statistics, but not all countries have such records or analyze them for impacts of heatwaves. That's why an ITC student is conducting research in Mozambique to analyze weather data and get mortality and admission data from hospitals. Once we know the relation between heat and health impacts, we can set up an early warning system.”

ITC is part of the Anticipation Hub, an international partnership of organizations aimed at improving anticipatory action ahead of extreme weather events. In that context, Van Aalst’s PhD student Catalina Jaime is researching early warning systems in conflict areas and unstable countries. Floods and droughts have a much greater impact there than in safe areas. Satellite observations and international weather models could provide early warnings even when local observations are lacking. Subsequently, it is a matter of telling the local population what to do in the event of extreme weather, to prevent worse.

Another PhD student (Cecilia Costella) is researching the role of social protection systems, such as social security, in building resilience against rising climate risks. Here again, the focus is on prevention. Where and when can you expect shocks that may drive people into poverty and how can you anticipate them? “If a farmer in West Africa is in danger of losing his harvest because of the heat, you can help him with more expensive seeds that are more resistant to drought. You could also replenish a local community's grain stock preventively to avoid children going hungry and having to provide emergency aid afterwards with (expensive) medical food parcels.”

Van Aalst considers it a mission to bring the consequences of climate change to the attention of governments, international organizations, and public opinion. He carries out this mission as a coordinating lead author for the Intergovernmental Panel on Climate Change (IPCC), including for the report on Impacts and Adaptation that will be released in February 2022. The report focuses on the observed and projected consequences of the changing climate (including many of the extremes we are already witnessing today). “We bring together all the scientific knowledge and translate it into messages that should be relevant to policymakers to inspire the much-needed ambition both to reduce emissions but also to better manage the rising risks. I consider it my responsibility to share that science with a wide audience. The awareness that we need to do something is not yet high enough. We are constantly being overtaken by reality. Even we scientists are surprised by the speed at which the climate is changing.”

Although appointed as a researcher, Maarten van Aalst enjoys devoting time to teaching. “It was one of the reasons for me to hold this chair. I supervise many students, at both PhD and MSc levels. It is great to see how productive they are in for example helping to analyze the role of climate change in the floods in Germany, in the summer of 2021. I really enjoy mentoring young people and learning from the questions they ask." Van Aalst also contributes to courses taught by UT colleagues, including the university-wide minor in Energy Transition, and ITC MSc courses such as Global Challenges and Weather Impact Analysis. “I try to introduce students to the real-world needs on our changing planet today,” he says.

Maarten van Aalst (1974) is professor at the Faculty of Geo-information Science and Earth Observations (ITC) of the University of Twente, where he holds the Princess Margriet Chair in Climate and Disaster Resilience. This chair was founded in 2019 by the university and the Netherlands Red Cross.

Van Aalst studied astrophysics at Utrecht University and obtained his PhD in atmospheric science at Utrecht and the Max Planck Institute in Germany. Since 2011, he is director of the international Red Cross Red Crescent Climate Centre. Van Aalst is Coordinating Lead Author for the sixth assessment report of the Intergovernmental Panel on Climate Change (IPCC) and serves on expert groups related to the United Nations Framework Convention on Climate Change (UNFCCC). He is also a member of the steering committee of NWO-WOTRO Science for Global Development and editor-in-chief of the journal Climate Risk Management. 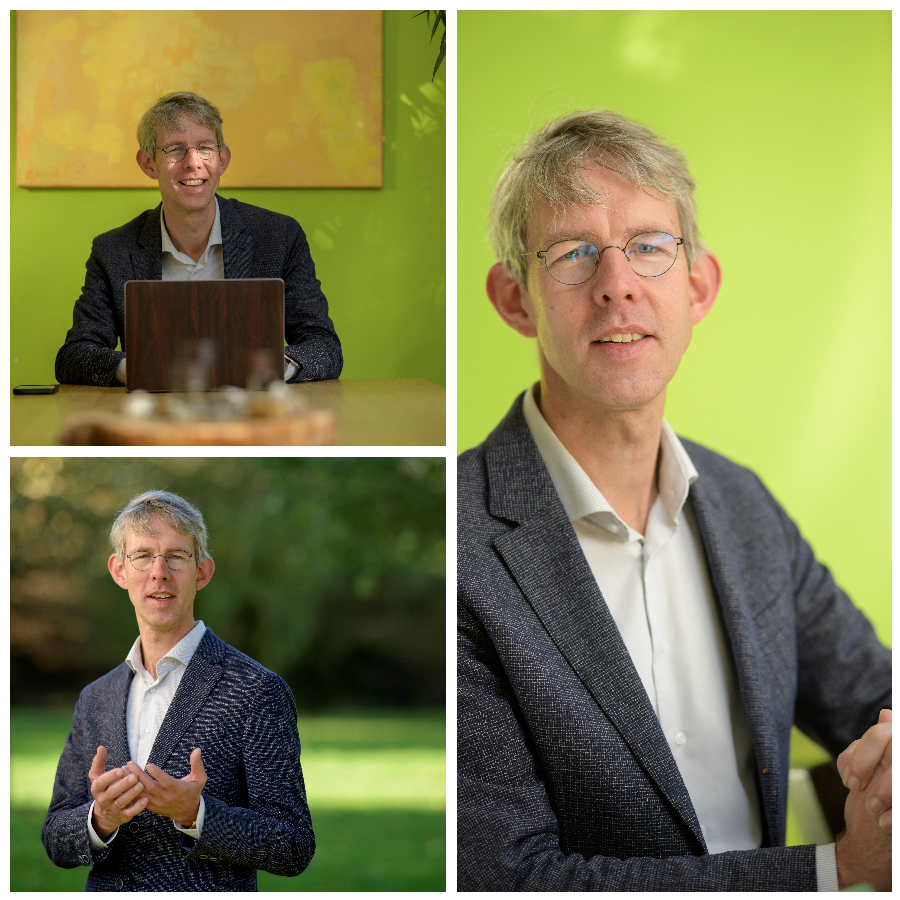 These Press Photos can be used with no copyright restrictions. But do include the name of the photographer (required), Fokke Eenhoorn.