Dr. Meghshyam Shisode won the Biezeno award for his outstanding PhD research on modeling friction and surface texture optimization for forming applications. He defended his PhD thesis on the 28th of October, 2020 at University of Twente. His promotor was prof. Ton van den Boogaard and his co-promotor was Dr. Javad Hazrati. His research was performed in the chair of Nonlinear Solid Mechanics at University of Twente. The project was performed in collaboration with Tata Steel Europe, Ijmuiden and Material Innovation Institute (M2i).

The Biezeno award for the best PhD thesis in the field of engineering mechanics in The Netherlands is awarded by the Dutch Institute of Engineers (KIVI) at the Engineering Mechanics annual symposium. The award is named after Professor Cornelis Benjamin Biezeno, who is one of the founding fathers of Engineering Mechanics in the Netherlands. The awardee has the honor of closing the EM symposium with a plenary lecture about his/her work.

The Biezeno Award was awarded at the Engineering Mechanics symposium, which was held in Papendal on October 26th, 2021. 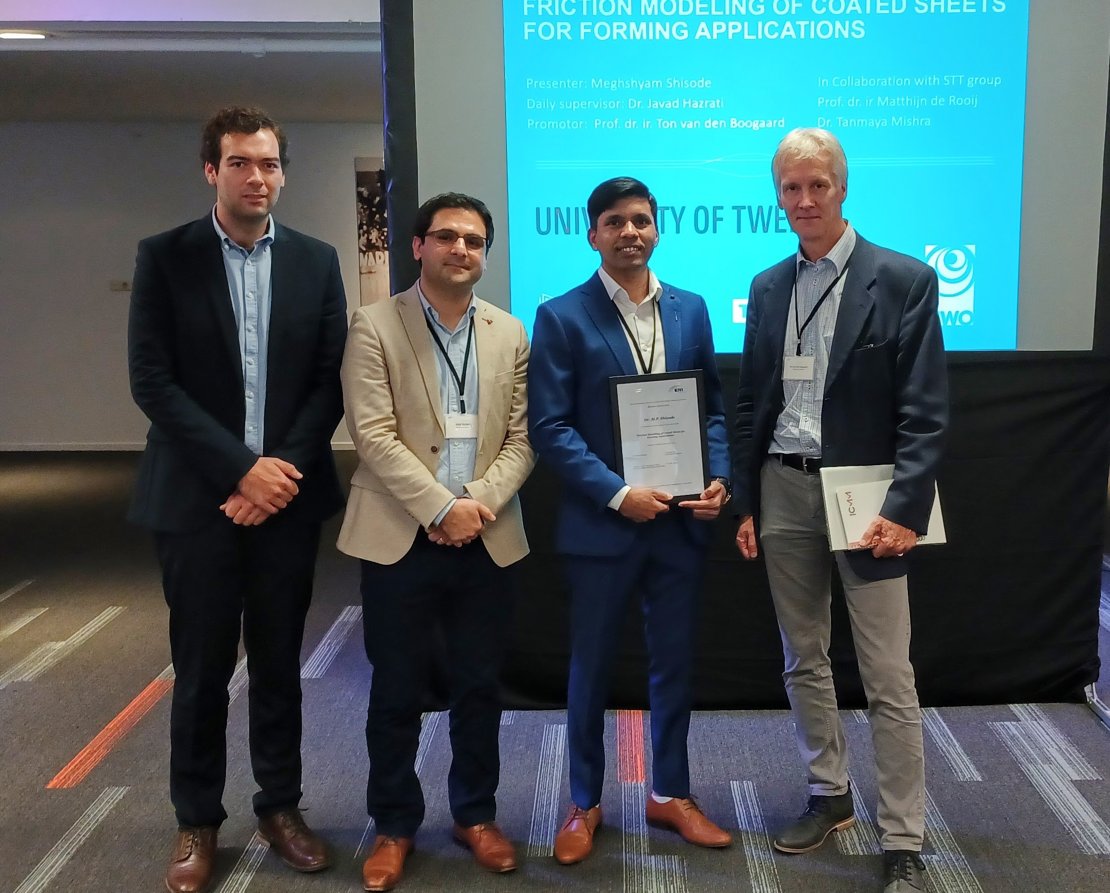