Unscheduled maintenance interventions on wind turbines (WTs) incur significant downtime and thus loss of revenue. Therefore, it is important to perform maintenance just before it is needed. Due to the high costs of Condition Monitoring systems (CMs), data recorded by the Supervisory Control and Data Acquisition (SCADA) system of a WT is increasingly being used for detecting failures. Currently, the company Independent eXperts (IX) analyzes historical SCADA-data with a tool that, among others presents deviations in SCADA-parameter behaviors. The company faces two main challenges when trying to relate this information for diagnosing turbine damage. Firstly, the relation between the behavior of the parameters and a (sub-)assembly damage is unclear as there is no one-to-one relation between the parameter deviations and (sub-)assembly damage and secondly, it is unclear whether the deviation of a parameter relates to the cause of a damage or its effect.

In order to tackle the above-mentioned challenges, IX has proposed to analyze SCADA-data through a functional approach. The goal of this work is to explore whether/to what extent knowledge of the functional relations between the WT (sub-)assemblies supports the detection of failures.

To achieve this goal, a generic overview was created of the functional relations that generally exist in a Horizontal Axis Wind Turbine (HAWT) (see Figure 1 - top). These relations were established based on the physical arrangement of the WT (sub-)assemblies and their functionalities. 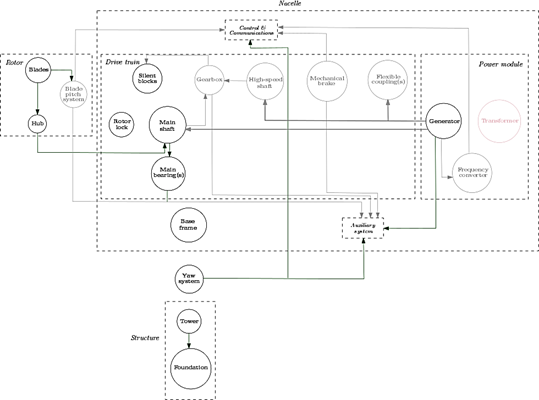 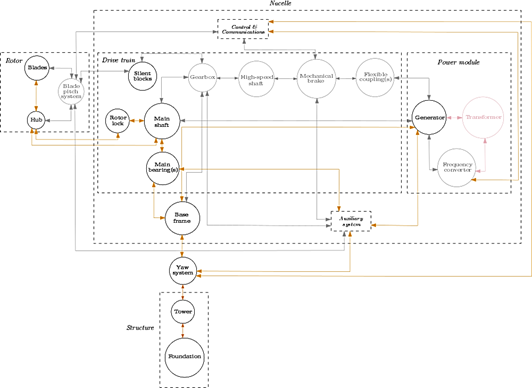 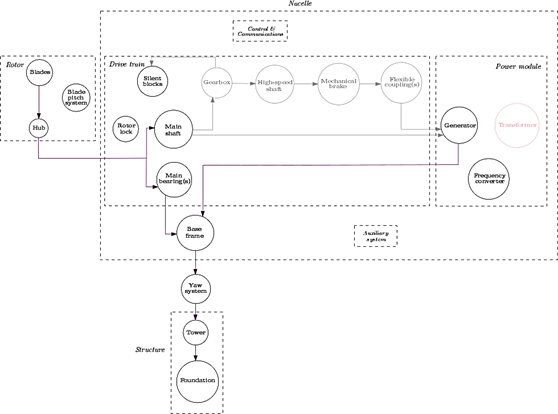 Figure 1: A simplified overview of the functional relations between WT-assemblies (top) and the load flow along with them (bottom).

Hereafter, the fundamental physics governing the energy conversion process were studied in order to support analyzing the SCADA-data.

·         A functional approach does not fully support the assessment of failures from SCADA-data, since it did not capture all failure effects.

·         The combination of the functional approach and load flow allowed significantly more failure effects to be identified.

·         The physics supported finding relations between many parameters and determining the expected deviations (see Figure 2 – top). However, the application of the physics did not show 100% success as for certain moments the deviating behavior of the parameters did not match theory (see Figure 2 – bottom). 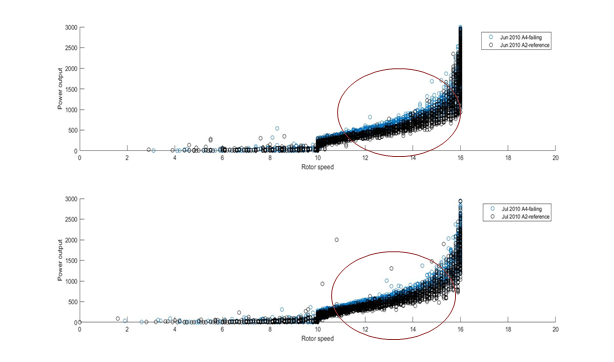 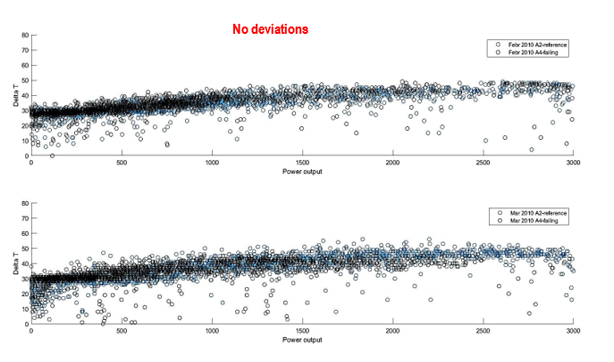 Figure 2: An example of spotted deviating behavior of SCADA-parameters that matches theory (left) and no visible deviations contradicting theory (right).