The University of Twente in cooperation with prosthetic world-leading company Ottobock demonstrated a new prosthetic technology at the international congress Rehab Week held in Rotterdam (The Netherlands) between July 25 – 29. This new technology enables leg amputees to control robotic prostheses as a natural extension of the own body. The technology is based on the concept of musculoskeletal modelling and represents an alternative to widely used machine learning methods.

There are millions of people worldwide who suffer from limb amputation. Despite advances, current prosthetic limbs provide limited functionality. Movement in able-bodied individuals begins with electrical impulses sent by the brain that trigger muscles into action. A surrogate of these brain signals can be recorded from peripheral muscles in the form of electromyograms (EMGs) via electrodes placed on the skin.

The researchers created a detailed digital model of a person’s leg and the organic tissues within. Such digital model included the accurate description of the amputee's lost muscles, tendons and articular joints. The researchers recorded EMG signals from multiple sites in the leg muscles. These signals were then used to determine how virtual muscles in the model would activate and generate force in the leg joints. The predicted movement forces were then transmitted to the robotic prosthesis in real-time. 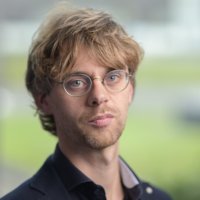 The technology was demonstrated live at RehabWeek as part of a dedicated workshop titled “Intuitive Bidirectional Control of Bionic Limbs: Bringing across Accademia, Clinics, and Industry”. The workshop was participated by leading research labs worldwide who are collectively advancing the field of bionic limbs. 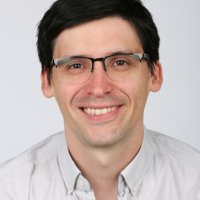 Contact
Innovation and research manager at Ottobock and the project coordinator.

This achievement was funded by the EU project SimBionics whose partners include the University of Twente (Netherlands), Roessingh Research and Development (Netherlands), Ottobock (Germany) and Aalborg University (Denmark). The project goals include:

-          Developing a new control interface that integrates neuromechanical modeling and artificial sensory feedback in a lower-limb prosthesis, but also developing qualitative and quantitative tools to assess and compare different systems

-          Providing a doctoral training that equips Early Stage Researchers candidates with an engineering, clinical and entrepreneurial skillset required to develop prosthetic limbs and bring this idea into the market.