With her work, designer Lisa Mandemaker wants to bring the future closer to us. She has taken on the role of designer-in-residence at the University of Twente’s DesignLab. So how can a designer benefit the academic world? ‘Some things you can’t put into words.’

Lisa Mandemaker (1991) studied Product Design at ArtEZ University of the Arts in Arnhem and at the Royal College of Art in London. As a speculative designer, her main focus is on the ways in which emerging technologies affect people. She lives and works in Amsterdam. As designer-in-residence at UT, she is working on the Gravitation Programme at the Faculty of Behavioural, Management and Social Sciences (BMS).

Design is all around us: from the chair you’re sitting on, to your car, to the home screen on your smartphone. Some designers, like Lisa Mandemaker, design things that don’t even exist yet. Mandemaker is a ‘speculative designer’: she makes prototypes that invite people to think about different possible futures.

‘Design can act as a catalyst in all kinds of ways,’ she explains during a video call from her studio. ‘I want my work to start conversations about complex social issues. Rather than insisting “This is how it should look”, my prototypes say “Hey, look what’s possible.”’

Mandemaker, who featured on the BBC’s  2019 list of the 100 most inspiring women in the world, is currently the designer-in-residence at DesignLab. As part of this role she is contributing to a large-scale collaborative research project into the ethics of technology, the results of which will be exhibited during Dutch Design Week 2022.

Mandemaker has already garnered international fame with her speculative prototype for an artificial womb, developed in collaboration with the Maxima Medical Centre (MMC) and Next Nature Network with the aim of improving survival rates for premature babies. MMC is currently researching technological applications for the design. Mandemaker and Next Nature Network created the prototype, both to show what such a womb might look like and to spark a wider social conversation about this kind of technology. 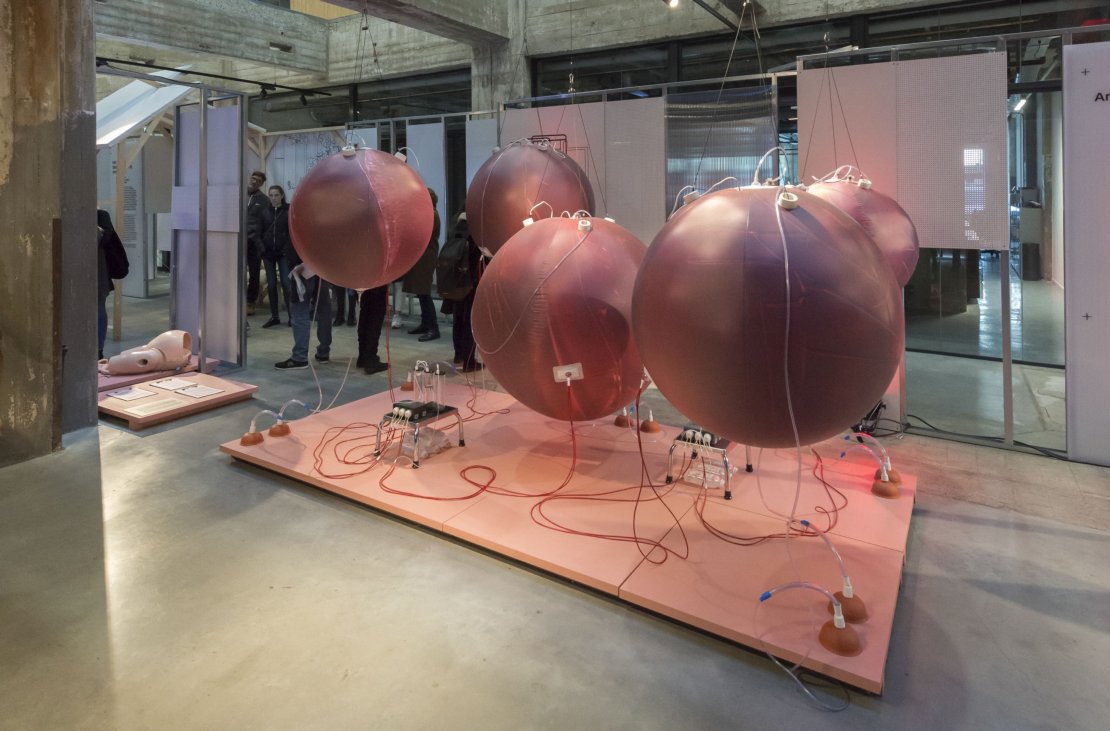 How can a prototype get people thinking?

‘The best way for me to explain that is through the example of the artificial womb. You’d be surprised how many people already have an impression of that kind of thing, perhaps from reading science fiction or watching The Matrix. When I tell people I’m working on an artificial womb, the reaction is often “Oh no, let’s not go there!”, and it becomes a very black-and-white discussion.

But when you actually produce a physical item, as a designer you have to make choices: what materials will you use, what’s the purpose of the object you’re making, how will people interact with it? A prototype like that invites other people to reflect on the same choices, and that’s where the real discussion starts. After all, every individual sees the prototype from their own perspective: a lawyer will respond differently from a doctor or a young mother.’

Why is that conversation so important?

‘New technologies change our lives. Having these conversations helps us consider what impact those technologies will have, even before they actually exist. The underlying question is what humanity wants and expects from technology. It can be hard to pin that down, especially if you start off with no idea of the possibilities and the implications. I make prototypes to bring the future that bit closer to us.’

What exactly will you be doing at UT?

‘I’m collaborating with UT scientists from the Gravitation Programme on the social and ethical challenges of new technology. As part of that programme, a group of ethicists consider the question of what new and disruptive technology means for society. Because that discussion mainly takes place in academic papers, it tends to be confined to the academic world. My role is to convert scientific knowledge into a physical prototype that opens up the discussion and allows other people to get involved, without having to understand the language of academic papers.

We’re planning a series of workshops at UT for people from universities and civil society organisations, where the scientists and I will invite participants to share their ideas about the issues we present. We will then incorporate the results into our work.’

What can a designer bring to the university?

‘I see speculative design as a bridge between science and society. A designer is like a translator between those two worlds. After all, the unknown can be frightening. On social media, there are all kinds of people saying that science is just another opinion. It’s tempting to simply dismiss these views, but it’s also true that science is often limited to its own little bubble. I think the transfer of knowledge should be a two-way street: universities don’t have a monopoly on knowledge – we can gain valuable knowledge and insights from society, too. What’s more, there are some things you can’t put into words, but you can express them through, for example, emotions or music. That’s a process to which I hope to contribute.’

What motivates you to do this work?

‘We’re living in uncertain times – there’s the coronavirus crisis, the rise of the extreme right, climate change. At times like this people tend to think: let’s stick to what we know, let’s just keep doing what we’ve always done. When you’re used to thinking in a particular way, it’s hard to break free. It’s only when you find a way to escape the established thought patterns that you can think with an open mind about where the world should be heading. And when you get stuck, that’s exactly when you should start exploring new directions.’

Why does UT have a designer-in-residence?

Every year, the University of Twente’s DesignLab appoints a designer-in-residence: a designer who is temporarily based on campus. ‘Someone like that can help trigger conversations around difficult social issues,’ says DesignLab Director Sabine Wildevuur. ‘Designers are trained to bridge the gap between theory and practice by making ideas tangible, and by establishing links with society. This is important for UT: we’re a “people first” university so we want to be closely involved in society.’

Disruptive technologies often raise ethical questions. As Wildevuur notes, ‘If you want to create innovation and change, you simply can’t keep doing what you’ve always done. You have to push the boundaries, and we’re thrilled to have Lisa Mandemaker on board this year to help us do that.’