On 21 April, in an on-line ceremony Philip Lucke successfully defended his PhD thesis on the topic of piezo-electric layers for adaptive optics. Philip was a PhD student in the research group XUV Optics from the Faculty of Science & Technology (S&T). His promotor was prof.dr. Fred Bijkerk.

Piezoelectric thin films are of interest for many modern MEMS applications but have been studied by Philip in particular for adaptive optics in the XUV wavelength band, i.e. from few tens to few tenths of nanometers. The thesis describes physics studies on the growth and modelling of PbZr0.52Ti0.48O3 (PZT) thin films, and contains a new description of hysteresis, loss and nonlinearity for the sub-coercive field strain and polarization response.

The thesis presents a report of a small-scale, yet functional demonstrator of an adaptive XUV optic, based on nanoscale piezoelectric surface manipulation. The demonstrator consists of a PZT thin film with an array of top electrodes to selectively control the actuation. It is shown that a controlled, gradual surface profile can be achieved, suitable for XUV optics. This is the first report of a gradual surface modulation utilizing thin film piezoelectrics.

The thesis also describes the influence of a LaNiO3 (LNO) template layer on the growth and the functional properties of the PZT film grown on the LNO. Philip shows that by tuning the deposition conditions, oxygen pressure and thickness of the template layer, the growth of the PZT film can be changed from a smooth dense film into a columnar film. This morphology changes the ferroelectric properties of the films, underlining the importance of template layers for PZT films.

The thesis additionally introduces a new model, the so-called polarization rotation model, to describe hysteresis, loss and nonlinearity in epitaxial PZT thin films of monoclinic and rhombohedral crystal symmetry. The model is based on the rotation of the polarization vector within the unit cell, which is accompanied by a viscous interaction of the domains. In contrast to the widely used Rayleigh model, the new model takes the crystal symmetry of the material into account and perfectly describes the experimentally observed strain and polarization response. It also differentiates between the nonlinearity of the response and the loss due to viscous interaction, and can also explain the observed reduction of loss and nonlinearity of the polarization response: all and all a very powerful tool for understanding the intriguing properties of these functional materials! 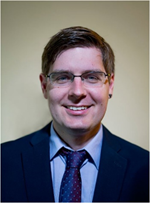