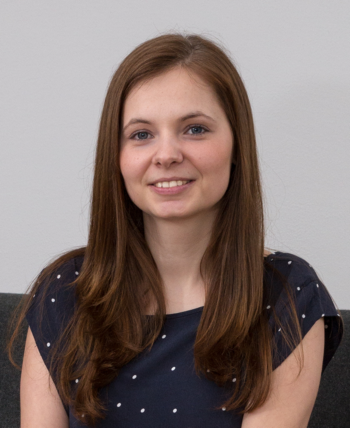 Metals with high electronegativities form weak oxides, such as ruthenium, while those with low electronegativity form strong oxides (e.g., scandium and aluminium). This leaves open the question of the role of surface oxidation in tin adhesion. To investigate the influence of oxidation, the removal of Sn from metallic and oxidized Sc thin films was studied. We have shown that tin can be fully etched from a metallic Sc surface as well from Sc thin films with complete and incomplete oxidation. Furthermore, our results show that the presence of Sc2O3 on a Sc thin film significantly slows the etch rate. For Sn etching from oxidized Sc, we propose that etching is slowed by electrons being trapped at defect sites in the Sc2O3 layer. This effect is strengthened when Sc metal is present below the Sc2O3, due to the built-in electric field spanning the oxide, generated by the difference in work function between Sc and Sn.

In this thesis, catalytic dissociation of CO2 was studied as a precursor for hydrogen control studies. Carbon dioxide adsorption and dissociation on a Ru single crystal surface was studied. Our results show that CO2 adsorption on a Ru(0001) surface results in partial dissociation, with CO2 and CO present on the surface. Furthermore, the dissociation of CO2 appears to be irreversible and is already observed at 85 K. The observed vibrational modes at 660 and 2343 cm-1 correspond to stretch modes of linear, undisturbed CO2, while a vibrational feature, which is visible only for higher CO2 coverages, at 1580cm-1 is tentatively assigned to an asymmetric stretching mode of a bent CO2 species. The adsorption  and desorption temperatures of CO2 on Ru are relatively low. By annealing the surface at 120 Kâ€”just above the peak desorption temperature of CO2â€”it was observed that the rate of CO2 dissociation was increased and that the CO restructures to a weaker bond between the surface and CO. The partial dissociation of CO2 is an important first step, since CO and H may react to form water and volatile hydrocarbons. This may then reduce the hydrogen concentration at the surface, which slows hydrogen penetration into the mirror.

Scandium oxide (Sc2O3) is a possible candidate for high-k dielectric applications. However, the stability of the dielectric layer is also very important: metal atoms from the gate electrode should not penetrate into or through the oxide layer. In this thesis, metal diffusion studies were carried out to test if Sc2O3 layers of various thicknesses act as a diffusion barrier. Scandium oxide diffusion barrier properties were tested using a MIM structure, consisting of Ru, Sc2O3, and Sn. We observed complete Sn etching from 0.71, 1.1 and 1.56 nm of Sc2O3. It was demonstrated that even 0.5 nm Sc2O3 forms a closed oxide layer that prevents the diffusion of Sn through to the Ru layer. The Sn etching time was observed to depend on the Sc2O3 barrier thickness and increased with increasing Sc2O3 thickness. This is explained by the formation of a MIM junction between the Ru, Sc2O3 and Sn, where the built-in potential enhances diffusion of electrons from the Ru and Sc2O3 defect states to the Sn. This diffusion of electrons becomes less efficient for larger barrier thicknesses. We use a simple model to show that, for thicker layers of Sc2O3, the etch rate is limited by charge diffusion, while electron tunneling may contribute significantly for thin layers of Sc2O3.